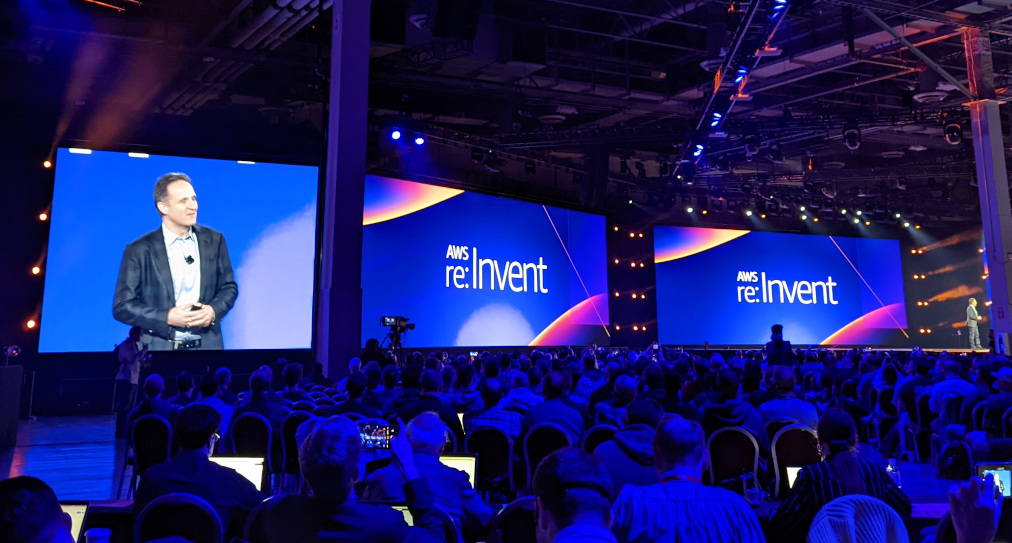 The CEO of Amazon Web Services (AWS) has heralded a new generation of cloud computing-enabled businesses that have the power to change how the world around us operates.

“The cloud has become not just another tech revolution, but an enabler of fundamental shift in the way that businesses actually function,” he noted. “There’s no industry that hasn’t been touched and no business that can’t be radically disrupted, and every one of us here today is part of that movement.”

Selipsky started his keynote with a look back, as AWS celebrates not just 10 years of its re:Invent conference, but 15 years as a separate entity.

“We sure have come a long way together in the past 15 years,” he noted. “It’s hard to believe that when we first started, the concept of cloud computing barely existed.”

“Back then IT and infrastructure just weren’t working. It was expensive. It was slow. It was inflexible. It suffocated innovation. And of course it was dominated by old guard vendors who loved the expense and the lock-in – but we knew there had to be a better path forward for all of us.”

“I do remember perplexed looks and people’s faces when I tried to explain AWS and the cloud – it was barely a concept yet and it was really hard to put into context. I can’t tell you how many times I was asked, ‘But what does this have to do with selling books?’”

Now, Selipsky notes that Amazon S3 stores more than three trillion objects and AWS offers over 200 fully-featured services to millions of customers around the world.

This year’s event is the first since former leader Andy Jassey moved to take over the top job at parent company Amazon following Jeff Bezos’ retirement, with Selipsky shifting into the leading cloud role with anticipation that further growth is assured.

“We’re just getting started,” he said, noting that between only five and 15% of IT spending has moved to the cloud, and technologies such as 5G and IoT offering huge possibilities for the likes of AWS.

And with a customer list spanning the likes of Netflix to NASA, few would bet against AWS continuing that growth going forward, especially with hardware launches such as the newly-revealed Graviton3.

“Sometimes the work we do together can be hard,” Selipsky concluded. “But we love challenges…Ultimately what the cloud and AWS offer is the ability to transform.”

People living in areas of high socioeconomic deprivation can cut their risk of developing certain chronic diseases by up to 15% if they live within 700 metres of a well-developed ... Read more »

Dr Nicholas John Chapman is currently suspended from his post at the 4,000-patient North Curry Health Centre. (SWNS) A doctor has been suspended after he was accused of depositing his ... Read more »

Philips fidelio L3 review: The most sophisticated Bluetooth headphones on the market

Just 15 minutes of fast charging provides six hours of listening – that’s music to our ears (The Independent) There are three certainties in life: death, taxes and the regular ... Read more »

Fans of Star Wars’ animated productions, rejoice. Why? Well, thanks to a new leak, we have a clearer idea of when The Bad Batch season 2 will return to our ... Read more »

Halo Infinite Attrition: tips on how to win and the new mode explained

Halo Infinite has a brand new multiplayer mode and players are already competing to come out on top. You’ll need to succeed, too, if you want to unlock progression on ... Read more »

Senior Conservative MP Steve Baker has said it looked like “checkmate” for Boris Johnson, suggesting that the prime minister’s time at No 10 was coming to an end over the ... Read more »

German actor Hardy Kruger, photographed in 2013 (Getty Images) German film star Hardy Kruger has died suddenly at the age of 93. The actor was known for his role in ... Read more »

The Repair Shop's woodwork expert and craftsman Will Kirk shared a photo from a recent episode of the beloved BBC show – but his colleague couldn't resist poking fun at ... Read more »

Google is looking to move users of its office software products over to paid subscriptions, meaning your business will soon have to pay for the likes of Gmail, Docs, and ... Read more »

How to watch Ozark season 4 from anywhere, release time

Ozark season 4 arrives on TV screens tomorrow, Friday, January 21, all over the world at exactly the same moment. The Ozark season 4 release time will vary on your ... Read more »

Tory committee chair William Wragg MP has urged colleagues who were intimidated to go to the police. Read more »

COVID: Sajid Javid says COVID could be with us forever but hopes all measures lifted by March

The health secretary has said COVID could be with us forever but he hopes all restrictions can be lifted by March. Read more »

Brother of British hostage-take pleads with him to surrender

In a recording obtained by the Jewish Chronicle from a security source, the brother of British hostage-taker Malik Faisal Akram pleads with him to surrender. Akram, originally from Blackburn in ... Read more »

Dad-of-two Luke Graham, 31, was fatally shot in Ashton-under-Lyne, Manchester, after being ambushed by a gang of three men following an ongoing drugs turf war.Five men have been jailed over ... Read more »

On Wednesday evening users found that their Roku devices were rendered unusable due to a severe outage. While some people only experienced minor problems other disgruntled customers shared reports on ... Read more »

Instagram has announced two significant changes to its video offerings. The first of which sees a huge expansion of the Remix feature that is currently to be found on Reels. ... Read more »

Meta is building WhatsApp into its workplace collaboration platform

Meta (née Facebook) has announced it will soon integrate messaging service WhatsApp into its collaboration platform, Workplace from Meta. The company says the integration is designed to make it easier ... Read more »

How to use the Microsoft Teams admin center

For individuals using Microsoft Teams infrequently to chat with friends, or even sole traders that do a minimal amount of online collaboration, there may be little configuration of the platform ... Read more »

A PS5 restock is expected to take place at GameStop this week. While we don’t know the specifics right now, the Twitter stock tracker Lord Restock suggests the next online ... Read more »

An email central to the charge that Boris Johnson “lied to parliament” over the No10 garden party he attended has been found by the inquiry, it is believed. Sue Gray ... Read more »

Hundreds of Crypto.com accounts hacked after it was hit by major data breach

One of the world’s biggest and most popular cryptocurrency exchanges has been hit by a major data breach. Talking to Bloomberg, Crypto.com, CEO Kris Marszalek confirmed that the recent data ... Read more »

Windows 11 now lets you type with your voice

Windows 11 has a new preview build which extends voice control capabilities to allow typing on the virtual keyboard. Voice access is a feature which was introduced in testing for ... Read more »

A bug recently found in a popular WordPress plugin could have put thousands of sites at risk of running malicious web scripts against unsuspecting visitors. The vulnerability, discovered by the ... Read more »

Yes, you can finally play Wordle on your BBC Micro like it's 1985

In a similar fashion to how the original Doom has been ported to countless systems, including retro handheld consoles and even a calculator, Wordle is now available to play on ... Read more »

Dying Light 2 Stay Human is still on track to launch on February 4. However, developer Techland has admitted that the Nintendo Switch version of the game has been delayed. ... Read more »

The Duke of York – Paul Grover for the Telegraph A secondary school school in Canada named after Prince Andrew will change its title for the new school year, becoming ... Read more »