Anyone who plays Mario Kart 8 Deluxe knows how destructive a blue turtle shell can be in destroying families and friendships, and Awkwafina is no exception.

“I no longer talk to aunt Linda,” jokes the Shang-Chi and the Legend of the Ten Rings star about being bombed by a turtle shell on Mario Kart. “She’s no longer allowed.”

For the Awkwafina Is Nora From Queens creator, gaming has long been of interest ever since she was a child, having loved Donkey Kong Country, Duck Hunt, and Super Mario games growing up.

“I’ve always enjoyed gaming,” the actor, writer, and producer tells EW in a video call (while playing a few rounds of Mario Kart 8 Deluxe). “That was the ultimate Christmas present for me, getting some kind of console. I’ve always been a fan.”

In fact, she revealed that the Super Nintendo Entertainment System from the aughts “changed her life,” and was ecstatic when the company reached out about a potential partnership.

“At the time that this kind of partnership happened, I was very into Nintendo Switch and I kind of freaked out,” says Awkwafina. “It was so crazy because [gaming] is all that I do.”

Like many over the past year and a half, she has carried her Nintendo Switch everywhere and has spent plenty of time building out her island in Animal Crossing: New Horizons — though she’s “so sorry that it’s called ‘Taco Bell.'”

“What I love about Animal Crossing: New Horizons is that there is this element of something that’s really peaceful and therapeutic and also something that you are kind of building for yourself, and it’s almost like a second life you’re leading,” she shares, calling it one of her favorite games. “The way you can interact with other people on there is something that I’ve never seen before.”

Apart from ACNH and Mario Kart, she also lists Pianista and Jeopardy as titles she’s been spending time playing. 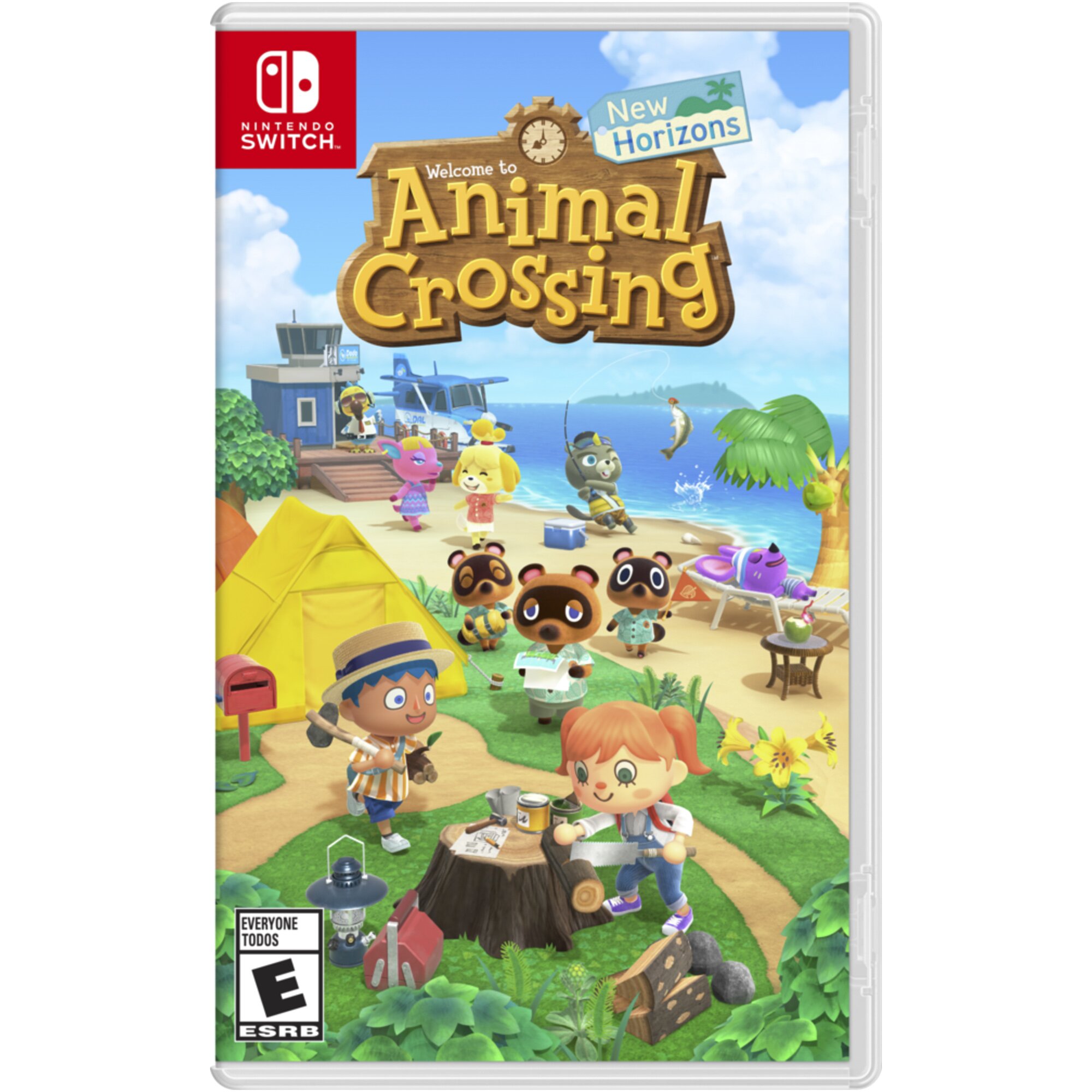 Not that she hasn’t been busy with work, having starred recently as Katy in Shang-Chi and the Legend of the Ten Rings, as well as leading season 2 of Nora From Queens. The former has broken box office records since debuting on Labor Day weekend and has been lauded for bringing a fresh level of Asian representation to the big screen. She’s been blown away by the success and response to the film.

“You never really know how a movie’s going to turn out when you’re making it. You know of the feeling — if it feels good making it — and I think there was a lot of heart that goes into it. So when projects like that turn out to be successful, and they’re kinda felt, that’s even more rewarding.”

Katy was “one of the best characters I’ll play in my career,” she adds, saying it “was someone who was so easy to step into and play because she’s just so similar to who I am. That being said in the way that she makes decisions and the way she looks at the world, and the way she looks at herself. She’s a flawed but very brave character; she’s someone I aspire to be.”

Shang-Chi and the Legend of the Ten Rings is near the end of its theatrical run, but Awkwafina will be back on screens again in December starring alongside Mahershala Ali in the Apple TV+ drama Swan Song. In the meantime, you can expect her to be spending quality time with her Switch.

“As an adult, you kind of have to renavigate your way back [to video games],” she says. “You do lose that kinda connection between childhood, but I think that it’s a really easy process with a Nintendo Switch over the past last couple of years.”

© Dia Dipasupil/Getty Images She “freaked out” about getting to partner with Nintendo.

Catch Shang-Chi and the Legend of the Ten Rings for streaming on Disney+ when it lands on the platform Friday, Nov. 12, and shop Awkwafina’s favorite Nintendo games and the Switch below.

Pelé hospitalized due to colon tumor, to be released in days

No need to hike benchmark interest rate just yet, Bank of Canada says

Salman Khan, Ajay Devgn and others mourn the demise of CDS Bipin Rawat, send prayers to his family

© Provided by Radio City Chief of Defence Staff (CDS) General Bipin Rawat, his wife Madhulika Rawat and 11 other people on board died after an Indian Air force helicopter ... Read more »

‘We're not giving up': A radio station for Afghanistan's women

Staff were largely powerless to stop residents at the home being assaulted by other clients, commission told Get our free news app; get our morning email briefing The culture at ... Read more »

© Provided by Times Live When Puleng Makaba decided to go to People Opposed to Women Abuse (Powa) for support after suffering abuse at the hands of a loved one, ... Read more »

After 16 years at the top of German politics, what now for Angela Merkel?

There's more to it. Unlike Cronje to leave project unfinished - Adv Breytenbach

© Provided by CapeTalk Neither one of the NPA, ID or Saps are fully equipped for the gargantuan task they have – the political will to make it so is ... Read more »

We can’t seem to get enough of Lara Dutta. She was the delicious Begum Samru in Gurinder Chadha’s ‘Beecham House’ for PBS; the feisty policewoman Saumya Shukla in Disney+Hotstar’s ‘Hundred’; ... Read more »

It’s almost business as usual, in this border town, except that the shops which dot its main street are flying black flags. The coming Christmas joy is blanketed by a ... Read more »

According to variety Several minor matters were discussed in the interim hearing surrounding the transfer of Spears’ books and control of her empire. Although the receivership under which the singer ... Read more »

How Durham University turned itself green

Photograph: incamerastock/Alamy Just two years ago, Durham was ranked 96 in People and Planet’s university league. So bad was its score that it was rated “third class”. Since then, the ... Read more »

The special around the Harry Potterfilms takes place at least partly in the living room of the Gryffindor house. That can be seen in a first photo that streaming service ... Read more »

Andrea Bocelli has said he warned his son Matteo about the “difficulties” he would face if he followed him into a career in the music industry. The Italian tenor, 63, ... Read more »

© Livingston’s Jack McMillan (centre) celebrates making it 1-0 as Hibs lose in Almondvale. Picture: SN… Best player Erm… do we have to name one? Urgh, all right, let’s go ... Read more »

© James Crombie INPHO Connacht lock Oisin Dowling. WEEKS LIKE THIS were one of the driving factors behind Oisín Dowling’s move to Connacht. The former Ireland U20s player made the ... Read more »

Madhuri Dixit reminds us of Sushmita Sen's journey from 'mom to don' ahead of Aarya 2 release - Watch!

Photograph: Xinhua/Rex/Shutterstock More than half of universities are not on track to meet their emissions targets, according to an analysis. The student network People and Planet has published its annual ... Read more »

© Provided by Mid-Day The Late Late Show with James Corden has announced it will celebrate its 1000th episode on Thursday by airing BTS’s performance on their recent hit ‘Butter’ ... Read more »

A WOMAN'S body was pulled from a submerged car at Niagara Falls in the latest of a series of dramatic rescue attempts over the years. The most recent rescue operation ... Read more »

PHOTOS: Ranveer Singh dishes out Freddie Mercury vibes as he gets papped at the airport

© Provided by Pinkvilla Ranveer Singh is an actor who is known for his quirky style statements. The Rocky Aur Rani Ki Prem Kahani actor has never shied away from ... Read more »

© Provided by Pinkvilla The D day for Vicky Kaushal and Katrina Kaif has finally arrived. After months of planning and two days of festivities, Vicky and Katrina will be ... Read more »

© Provided by Radio City It’s that time of the year to look back at what kept the country engrossed on Twitter. Fans of Tamil and Telugu films continued to ... Read more »

Archaeologists from the Norwegian Institute for Cultural Heritage Research (NIKU) have discovered a 60-meter longhouse at Gjellestad in Norway – it is considered to be one of the largest longhouses ... Read more »

HOLIDAYING abroad over the last two years has been complicated, to say the least. That looks like it will continue for the foreseeable future, as travel restrictions tighten because of ... Read more »

© Brendan Smialowski / AFP U.S. President Joe Biden will gather 111 world leaders in a virtual meeting dubbed the Summit for Democracy, in what Washington hopes will be a ... Read more »

German exports shoot up 4.1% in October

Kevin Hart Attempts To Tell Cheap Wines From The Expensive Ones, ‘Why Are We Drinking This?'