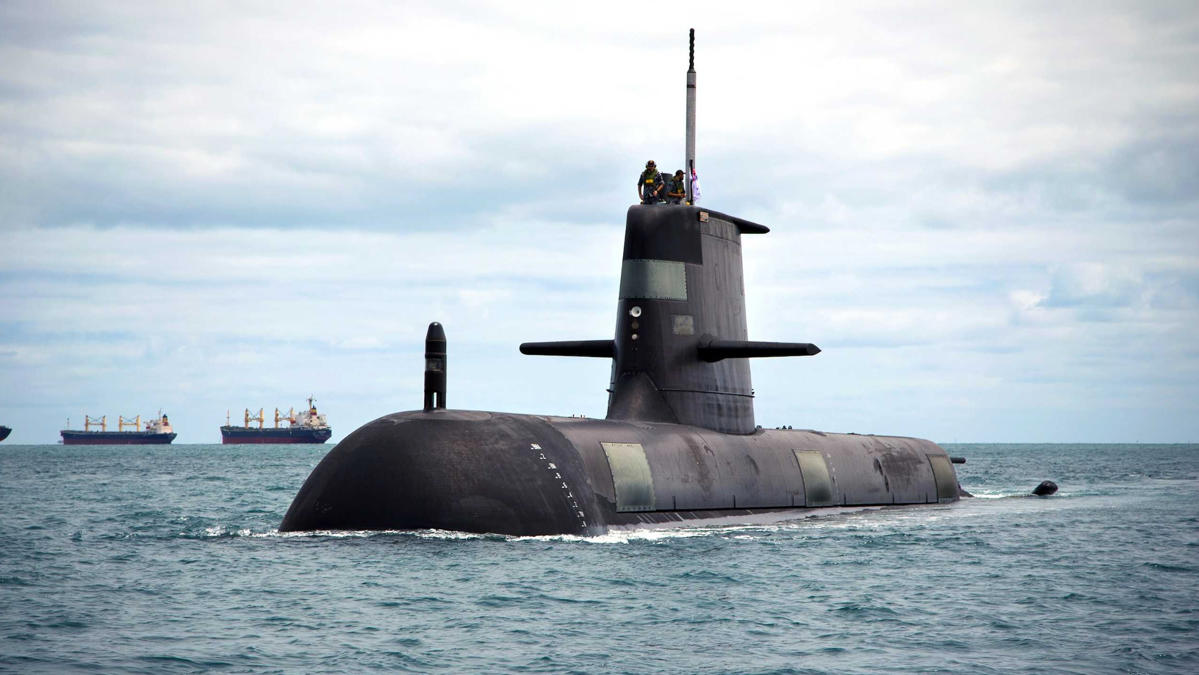 Defence says it is supporting Australians posted to the now-scrapped submarine-building  project in France, as local anger grows over the shock decision to cancel the massive contract.

In the industrial city of Cherbourg, where design work on the Attack class fleet was underway, there are fears of hundreds of job losses following last week’s termination of the $90 billion deal.

“It was totally unexpected from everyone, I think,” said the wife of one Australian defence employee currently working with France’s Naval Group company in Cherbourg.

The woman, who declined to give her name, told local media she felt great disappointment and surprise when she heard Australia had decided to switch to an alternative submarine plan.

“I feel really sad, really upset that we were setting up to be quite happy here, and now we have to go,” she said.

Another Australian, who also spoke on the condition of anonymity, said she and other families were “seriously worried about their physical safety”.

“Cherbourg is a small town, and many jobs will be lost,” the woman told the ABC.

“We are expected to return to Australia before Christmas, but it may not be feasible.”

Australia will dump the controversial French deal to construct 12 conventionally-powered submarines to instead pursue a nuclear fleet with help from the United States and United Kingdom.

France has reacted furiously to the Australian government’s move and taken the unprecedented step of recalling its ambassadors from Canberra and Washington.

As Australia negotiates the contract termination, the Defence Department has confirmed there were “33 Australians working in the Defence team in Cherbourg”.

“Defence takes the welfare of its employees very seriously and is ensuring their wellbeing is looked after during this time,” a department spokesperson said in a statement.

Cherbourg’s mayor Benoit Arrive, who last week scheduled an urgent meeting with Australian ambassador Gillian Bird, described the submarine decision as an “industrial and human disappointment” and “a real slap in the face for French foreign policy”.

Local officials believe around 600 jobs could be lost in the Normandy city because of Australia’s decision to terminate its lucrative contract with France’s Naval Group.

WA has lowest ICU bed count in nation based on population, according to medical journal

Transferred money to wrong account? Here's how to recover it

© Provided by Zee News New Delhi: In mobile banking, money is frequently transferred from one account to another or vice versa. However, this can also happen in the case ... Read more »

© Provided by News18 MS Dhoni And Sakshi Dhoni Expecting Their Second Child In 2022? Twitter Abuzz With Speculations Amidst the euphoria of Chennai Super King winning their fourth IPL ... Read more »

© Provided by CNBCTV18 The Tata Consultancy Services (TCS) is planning to hire around 35,000 fresh graduates through its ‘Smart Hiring Program’ in November. The country’s largest software exporter has ... Read more »

Garena Free Fire Redeem Codes for October 16, 2021: How to redeem the codes

Garena Free Fire is a successful online royale game available on mobile devices. It has gained popularity for its adventure-driven battle game. It is one of the most popular mobile ... Read more »

© Provided by Lehren Miley Cyrus Dedicated A Handwritten Letter To Her Fans Popstar Miley Cyrus is gearing up for her new project that will take inspiration from the change ... Read more »

Victoria Azarenka, who is attempting to become the first woman to win three WTA titles in Indian Wells, advanced to Sunday’s final with a 3-6, 6-3, 7-5 victory against former ... Read more »

'Disgusting': Steyn fumes as CSA congratulates Ngidi on winning IPL title with CSK but leaves out du Plessis and Tahir

Man City’s Gabriel Jesus believes Brazillian teammate Kayky is ‘in the right place’ following his move to the club. The 18-year-old was originally due to join the club from Fluminense ... Read more »

Denmark are facing an investigation after reportedly holding an all-too-friendly pool party before a crucial World Cup qualifying match. Kasper Hjulmand’s side reached Qatar with two games to spare this ... Read more »

Boris Johnson faces a significant test of his leadership before the Cop26 climate summit as the chancellor and business secretary are at war over the imminent plan for reaching net ... Read more »

Missouri’s governor has accused a news reporter of hacking a state web page and threatened to prosecute him, after the journalist warned that teachers’ private data was publicly accessible in ... Read more »

Cream teas at dawn: inside the war for the National Trust

One by one, they tackle the steeply winding path to Penrhyn Castle, pausing halfway to admire the view over a sparkling blue sea. Extended families grapple with pushchairs and picnic ... Read more »

The Queen gave permission for Buckingham Palace to be lit up in green (The Royal Foundation) China and other major polluters have a “moral duty” to step up the battle ... Read more »

A POLICE officer has been arrested in Jersey on suspicion of a sexual assault. The 48-year-old officer, of States Police in Jersey, was not on duty at the time of ... Read more »

© Provided by Windows Central When will it end?! Ninjacat became something of a mascot for the Windows 10 Insider Program a few years ago, showing up in blog posts ... Read more »

Putrajaya has announced a pilot “test and release” programme to allow government officials to travel abroad freely from October 18, provided they adhere to strict and limited itinerary. Among those ... Read more »

© Provided by Football League World andre gray QPR travel to Craven Cottage for today’s early kick-off in the Championship aiming to pick up another vital three points that would ... Read more »

© Getty Images It is understood that the incident occured on the Salisbury Plain Training Area in Wiltshire during an exercise on Friday – Getty Images A soldier has died ... Read more »

Personal stories, not stats, will help us tackle the climate crisis

© Getty Images/iStockphoto ‘Given the number of existential crises that appear to be hurtling our way, we need stories more than ever to help with our understanding of the world’ ... Read more »

BREAKING: Johnson and Starmer pay their respects at crime scene

© Provided by DNA In a big relief for devotees, the doors of the Sabarimala Lord Ayyappa temple will reopen today at 5 pm for ‘Thula Masam’ puja in the ... Read more »

© Provided by The Statesman Disbalance between RSS and BJP over national population policy, claims Congress PL Punia, a senior Congress politician and Chhattisgarh in-charge, has said that the Rashtriya ... Read more »

Russia invites US for talks on Afghanistan next week

More than 240 metro stations across Moscow now allow passengers to pay for a ride by looking at a camera. The Moscow metro has launched what authorities say is the ... Read more »

© Provided by Daily Mail MailOnline logo A hotel boss has despaired after a pool party beyond his ‘wildest imagination’ took place between Denmark stars and female hotel staff before ... Read more »

What the shortstop accomplished on Friday against the Red Sox is one of the most difficult tricks for a hitter to pull off. And yet, he succeeded with so little ... Read more »

Boy, 16, on murder charge after teenager stabbed to death on playing field

Sasikala's Memorial Visit Hints at Political Comeback, AIADMK Says 'Her Acting Might Fetch an Oscar, But No Place in Party'

Independent restaurants are being crushed by the labor shortage. They're raising prices, cutting opening hours, and even closing down for good.

I started a wine business in lockdown, it left me skint & living with my parents but now I make 5 figures a month

Long Covid: what are you entitled to if you can't work in the UK?

Horror as girl, 4, vanishes from family tent in wild Australian Outback during dead of night wearing just her PJs

‘If it were the UK, police would have opened fire': the explosive film about Trump's Capitol Hill rioters