For the first time since 2020, Formula 1 heads to a new and hopefully improved Albert Park for the 2022 Australian Grand Prix.

While Formula 1 was last at Albert Park in 2020, no on-track competition ever took place.

As the global pandemic took hold, the race weekend was postponed and eventually cancelled shortly before the opening practice session, so the 2022 staging of the Australian Grand Prix will mark the first Formula 1 action here since 2019.

Mercedes are set to bring a new rear ring to Albert Park, but will it be enough to take them closer to the leading duo of Ferrari and Red Bull?

Charles Leclerc and Max Verstappen have a win apiece in 2022, but as Sergio Perez demonstrated in Saudi Arabia, it is no given that the only Verstappen and Leclerc will be fighting for the Australian Grand Prix win.

Here is everything you need to know ahead of the 2022 Australian Grand Prix.

When is the 2022 Australian Grand Prix?

Where does the 2022 Australian Grand Prix take place? 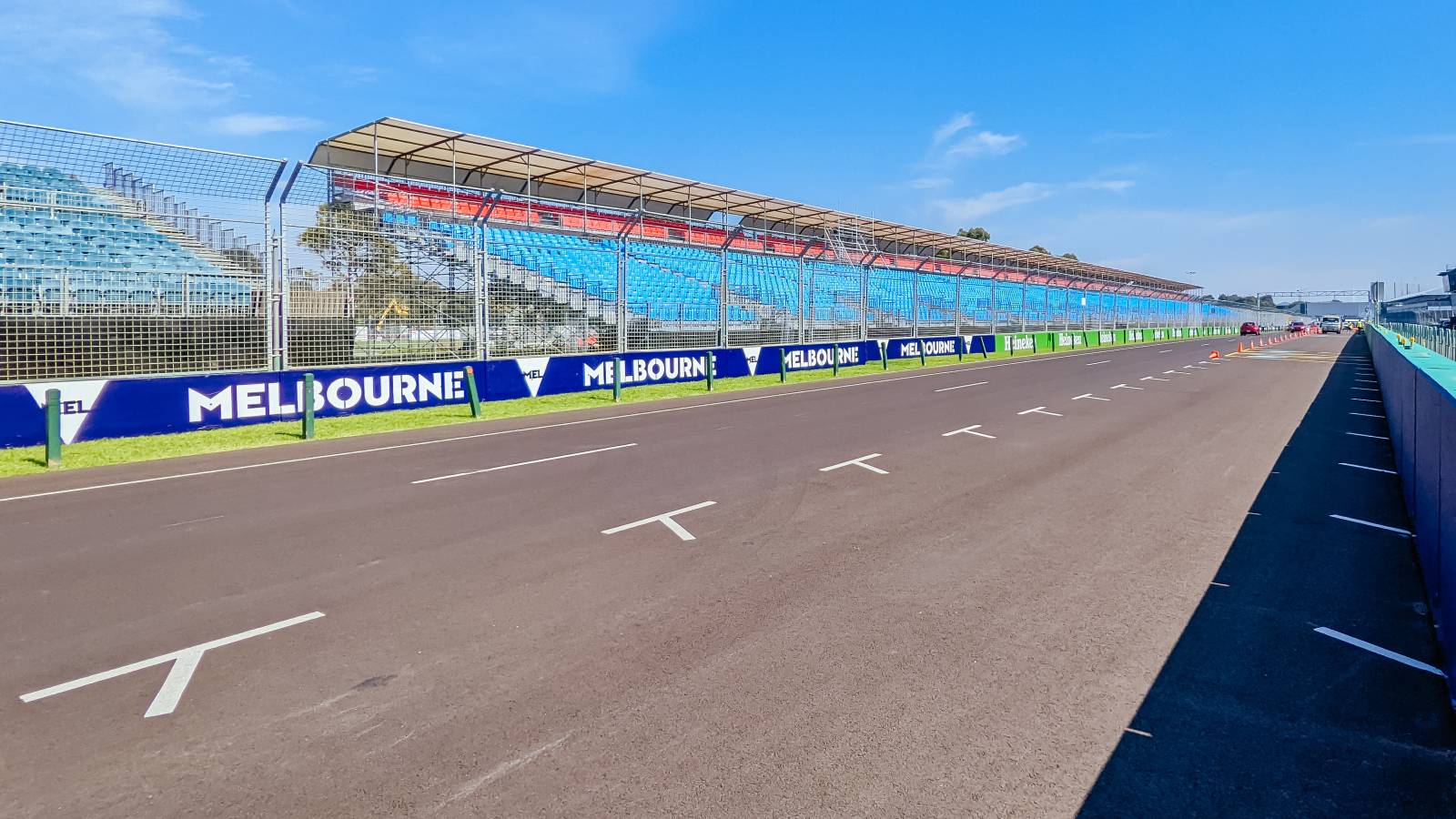 Albert Park has been the sole host of the Australian Grand Prix since 1996.

Albert Park is steeped in Formula 1 history having also hosted non-World Championship races in the early 1950s and, with the track regularly hosting the first race of the season in past years, has been the circuit where the likes of Sir Lewis Hamilton, Kimi Raikkonen and Fernando Alonso have all made their official Formula 1 debuts.

The Australian Grand Prix also represents Daniel Ricciardo’s home race and he had a grandstand re-named after him in 2016.

With Formula 1 unable to race at Albert Park in 2021, while the 2020 staging of the Australian Grand Prix was cancelled, it allowed for a major renovation of the track to take place.

The average lap time was cut by around five seconds, with the number of corners reduced from 16 to 14, while several of them were reprofiled or widened with the aim of generating more on-track action and overtaking.

Where can I watch the 2022 Australian Grand Prix?

Pay-TV broadcaster Sky Sports will show the entire race weekend on its dedicated Sky Sports F1 channel. You can also access a live stream of the coverage via Now TV.

Free-to-air broadcaster Channel 4 will show extended highlights from qualifying and the race.

F1 TV Pro viewers can watch all the live action from Australia. Please check to see if F1 TV Pro is available in your country.

Subscribers to F1’s own app can hear radio commentary on the race proper from the BBC and access live data throughout every session.

PlanetF1 will carry live timing and expert commentary on every session of the race weekend, from FP1 on Friday morning to the race on Sunday afternoon.

The Australian Grand Prix will be shown live on TV on the following outlets in other key markets:

What are the odds for the 2022 Australian Grand Prix?

Latest bookmaker information shows that Max Verstappen, following his victory in Saudi Arabia, is the favourite to go back-to-back and take to the top step of the podium at the Australian Grand Prix.

Plus, considering that Sergio Perez took pole and comfortably led in Saudi Arabia before being stung by the Safety Car, his odds for victory at Albert Park look very enticing.

Here are the latest selected prices from Planet Sport Bet:

What is the weather forecast for the 2022 Australian Grand Prix?

Which drivers have won the Australian Grand Prix?

The Australian Grand Prix has been a happy hunting ground for Ferrari over the years, the Scuderia winning 12 times which is the joint-most with McLaren.

Albert Park has often been kind to the Scuderia in providing them with the launchpad for title success, especially at the height of Michael Schumacher’s domination in Ferrari red in the early 2000s.

Schumacher is a four-time winner at Albert Park, while his brother, Ralf, provided one of the most dramatic starts ever witnessed in Formula 1 at the iconic street circuit when his Williams BMW went flying high into the air with a further seven cars caught up in the melee.

Of the current drivers, Sebastian Vettel comes closest to Michael Schumacher’s winning record at Albert Park, Vettel having won the Australian Grand Prix in 2011, 2017 and 2018.

The previous 10 winners of the Australian Grand Prix are:

Directions to the 2022 Australian Grand Prix

Some local bus services that will get you close to the circuit are available while the Skybus offers a direct route from the track to the airport which is located approximately 25km away.

For fans flying to Melbourne, make sure to get a flight to the main Melbourne airport (MEL) at Tullamarine rather than Avalon which is considerably further away.

There is no public parking available at the circuit but there are 70,000 free car parking spaces for those in cars in the city of Melbourne.

We’re back down under this weekend!

Returning to Albert Park, Melbourne – for the first time since 2019 – there have been plenty of circuit changes for the #Fit4F1 drivers to get to grips with! https://t.co/o8RLutvpb6#F1 #AusGP #Formula1 #Pirelli #Pirelli150 pic.twitter.com/5KImdIezX6

Pirelli will introduce us to a few firsts when it comes to their tyre choices for the Australian Grand Prix.

The C2 has been selected as the hard tyre, while the C3 will be the medium, but for the first time we will have a gap in the compounds as the soft tyre will be the C5. This is also the first time that the C5 will be in use at a race weekend, following the switch to 18-inch tyres for 2022.

What are the latest F1 Championship standings?

Dan James was dismissed as Leeds received a first-half red card for the second match in a row (Getty Images) Chelsea got their Champions League bid back on track and ... Read more »

Greg Norman addresses the media at Centurion Golf Club (AFP via Getty Images) Greg Norman pressed the accelerator on Wednesday as the inevitable collision course between his breakaway series and ... Read more »

Kevin De Bruyne added to Man City’s healthy goal difference (AFP via Getty Images) It was supposed to be Liverpool who were doing the quadruple, not Kevin De Bruyne. But, ... Read more »

Arsenal manager Mikel Arteta is closing in on taking the club back into the Champions League (Frank Augstein/AP) (AP) Arsenal travel to the Tottenham Hotspur Stadium on Thursday night to ... Read more »

Kevin de Bruyne shines as a perfect false forward as Man City await their new No.9

De Bruyne struck four times against Wolves in City’s 5-1 win at Molyneux (Getty) Pep Guardiola can be the scourge of the centre-forward, the pioneer who threatens to render them ... Read more »

(Getty Images) Wednesday night’s 0-0 draw with Watford was the kind of result for Everton that does not need to be spoken of further. It was a point towards safety, ... Read more »

Tottenham vs Arsenal: Who has the best remaining fixtures in the top four run-in?

Arsenal and Tottenham Hotspur are left to battle for a place in the Premier League top four (Getty Images) The race to qualify for next season’s Champions League has still ... Read more »

Brendon McCullum is the new head coach of the England Test team (Getty Images) Unforeseen, exciting and with apprehension that this is a good idea before he accelerated out of ... Read more »

The Kiwi was the inspiration for England’s 2019 triumph (Getty Images) Before he even starts work as England’s Test coach, Brendon McCullum can already claim to have left an indelible ... Read more »

Harry Brook is ready to prove himself against a classy Lancashire attack (Mike Egerton/PA) (PA Archive) Yorkshire’s rising star Harry Brook is out to prove his England credentials in this ... Read more »

Verstappen ended up winning in Miami despite problems earlier on in the weekend (Getty Images) Reigning Formula One world champion Max Verstappen was ‘irritable’ during the Miami Grand Prix weekend, ... Read more »

Charlie McNeil is just one highly-rated Manchester United youngster. (Photo by Charlotte Tattersall/Getty Images) Over 64,000 fans will cram into Old Trafford tonight, hoping to get a glimpse of future ... Read more »

George Russell and Lewis Hamilton are unable to challenge for race wins with Mercedes so far this season. (Photo by Dan Istitene – Formula 1/Formula 1 via Getty Images) A ... Read more »

Gabriel Jesus is in talks to join Arsenal (Getty) Gabriel Jesus’ agent says a transfer to Arsenal is a ‘serious possibility’ and claims the Manchester City forward likes the ‘project’ ... Read more »

Close T homas Tuchel had no words of advice for Erling Haaland ahead of his move to Manchester City. But the message to Romelu Lukaku was clear: Play your way ... Read more »

‘Is this something we should do?': Sebastian Vettel questions F1 career over climate change