The 29-year-old kept a clean sheet as the Albiceleste beat Peru 1-0 on Thursday night in Buenos Aires, before beginning his flight back to Britain in the early hours of Friday morning.

Despite the short turnaround, Martinez was named in Villa’s starting XI against their Midlands rival at Villa Park on Saturday. 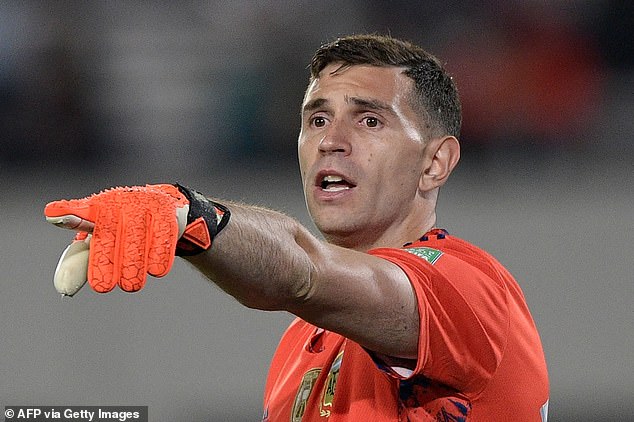 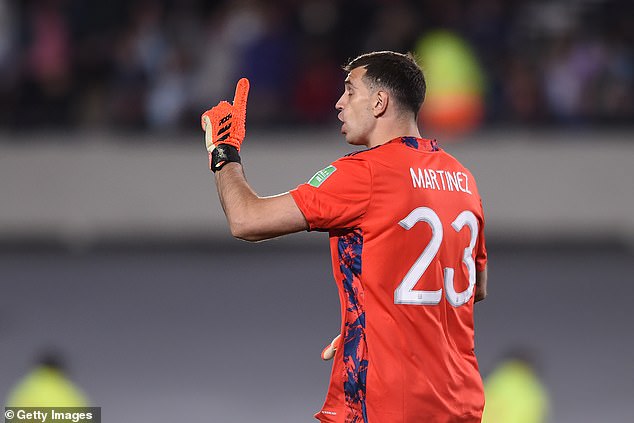 Villa manager Dean Smith lashed out at the ‘farcical’ circumstances faced by South American players as they raced to return to their Premier League clubs in time for this weekend’s fixtures.

‘We’ve always had to deal with international periods but it’s been unprecedented that FIFA allowed the South American World Cup qualifiers to be within 48 hours of a Premier League fixture list,’ he said during his press conference on Friday.

‘For me it makes it farcical.’

Martinez will not be the only Villa player starting the game against Wolves less than two day after featuring in a World Cup qualifier either. 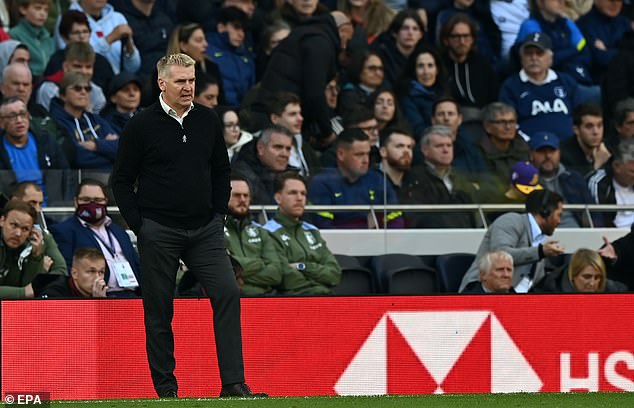 Luiz was also named among the starters, despite playing for Brazil in their 4-1 win over Uruguay on Thursday.

Unlike Martinez, who played the full 90 minutes against Peru and kept a third consecutive international clean sheet, Luiz came off the bench after 71 minutes in place of Fabinho.

Luiz flew back with other some of his Brazil teammates playing for Premier League clubs on a chartered jet. 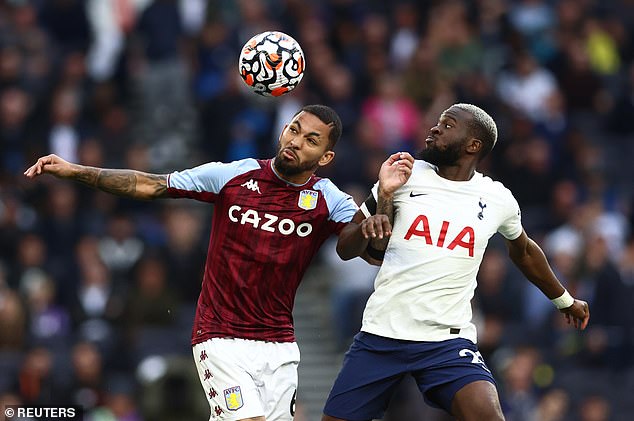 On Friday, Smith said he would speak to both players before finalising his team selection.

‘I’ll speak to both of them when they land and speak to them in the morning to see where they are before we make any decisions,’ he said.

‘They’re available for selection which is pleasing for us.’

Villa headed into the international break in 10th place, with a 1-0 win at Old Trafford followed by a 2-1 loss away at Tottenham.

Club World Cup 2021: Chelsea fixtures, schedule, which teams have qualified and how to watch

© Provided by Football FanCast Nir Bitton While Celtic have seen their league form drastically improve under the leadership of Ange Postecoglou in recent months, with the Bhoys remaining undefeated ... Read more »

© Provided by Football League World Championship – Wycombe Wanderers v Rotherham United Rotherham United have started their first season back in Sky Bet League One in the fashion that ... Read more »

Cristian Romero, who will miss the rest the rest of 2021 with a hamstring injury, was expected to be one of the few Tottenham players to quickly get to grips ... Read more »

Amir Khan and Kell Brook will finally settle their bitter feud on February 19Conor Benn, 25, is keen to lock horns with the winner of that grudge matchBenn has racked up 19 straight victories in his fledgling welterweight careerHe admits Khan and Brook were big boxing idols for him growing up  Read more »

Man Utd vs Arsenal no longer ‘game of season' but still vital for both teams' bid to return to top, says Silvestre

MIKAEL SILVESTRE is well aware of the magnitude of Manchester United vs Arsenal matches – but believes this week’s game is important for very different reasons.  The French defender spent ... Read more »

BOXING promoter Bob Arum reckons 'dozens' of light-heavyweights would get the better of Tommy Fury. The former Love Island star is preparing for the biggest fight of his life against ... Read more »

Ralf Rangnick can turn Manchester United into TITLE CHALLENGERS if he is hired permanently in the summer, claims Mikael Silvestre as the former defender hails the 'smart' appointment of interim boss

CHELSEA GREEN has produced an early Christmas present for her fans in her latest photoshoot while also revealing the gruesome injuries she suffered on her road to wrestling stardom. The ... Read more »

Arsenal have NEVER gone four games unbeaten at Old Trafford, but with Mikel Arteta badly needing to prove himself against the Big Six, here's the game plan for how they can be more streetwise and set that new record...

Arsenal travel to Man United tonight with a good recent Old Trafford recordThe Gunners are unbeaten in their last three trips to the Red Devils, winning oneBut Mikel Arteta's side have been humbled in all of their big games this seasonHere's how Arsenal can avoid another thrashing by a big side in their top-four bid Read more »

BARCELONA fans have not been shy in showing their ill feeling towards Samuel Umtiti by JUMPING in front of the defender's car. As the French World Cup winner left Barcelona ... Read more »

Glad you didn't sell him, Pep? Guardiola labels Bernardo Silva 'the best in the Premier League' after super display in the 2-1 win over Aston Villa... just months after Man City tried to use him in a swap deal for Harry Kane!

Ralf Rangnick 'is GRANTED his Man United work permit', allowing him to start as interim boss - but Michael Carrick is set to lead team against Arsenal, with new manager in the stands

BIG E would love for Tyson Fury to accompany him on his ring walk at WrestleMania 38 – or face him in a bumper champion versus champion main event. Tickets ... Read more »

How is Max Clark faring right now since his Hull City exit?