Arsene Wenger has slammed what he has branded “unfair” and “harsh” criticism on his final few seasons at Arsenal.

The Frenchman left the Gunners in 2018 after 22 years in charge.

Despite bringing in three Premier leagues, seven FA Cups, and reaching a Champions League final, his final few seasons were marked by worsening results and growing “Wenger out” calls from the fans.

Since he left, Arsenal have not been able to make it back to the Champions League, and last year finished eighth, their worst finish in 25 years.

In an interview with The Telegraph, he said: “I think people are quite harsh about the last years. 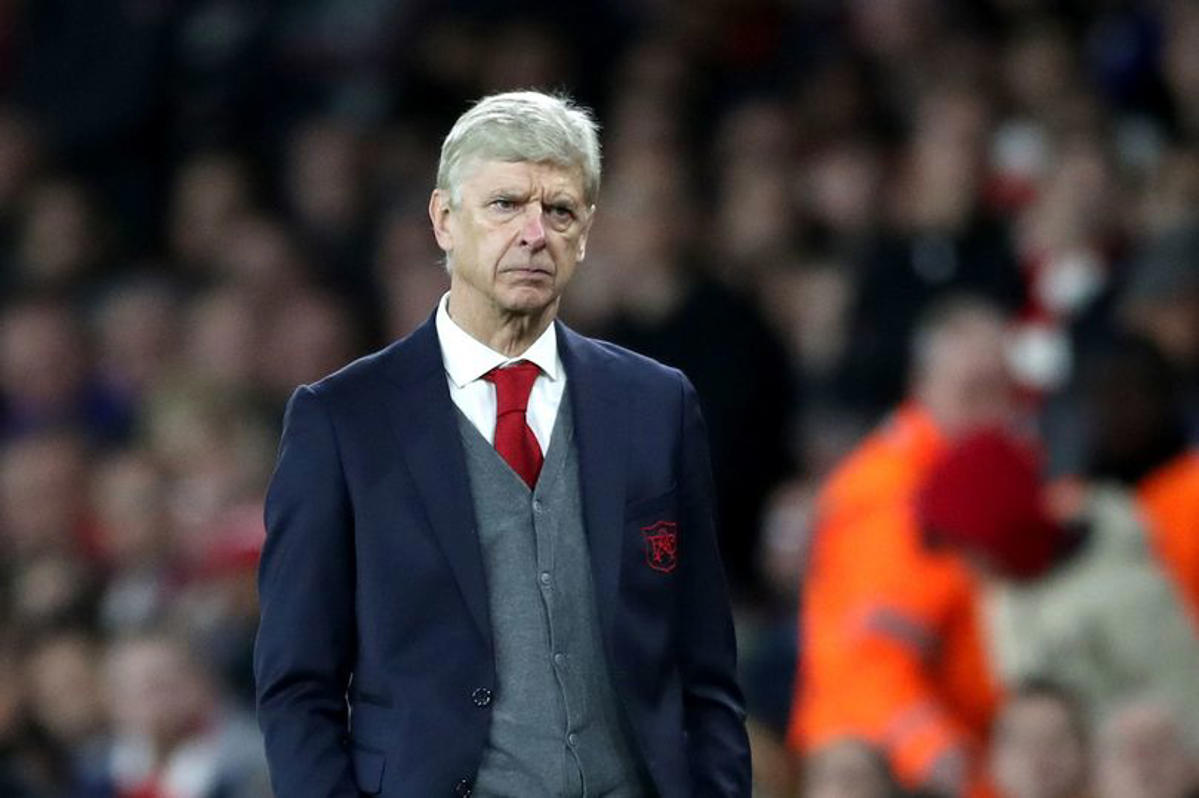 “In 2016 we finished second in the league. Leicester won but other teams were behind Leicester as well, and Leicester only lost three games. In 2017 we did not qualify for the top four for the first time in 20 years but we got 75 points.

“People don’t realise. We won the [FA] Cup against Chelsea who had just won the championship and had the chance of winning the double.

“And after, in 2018, we lost the League Cup final against (Manchester) City, we lost in the semi-final of the Europa League against Atletico Madrid but by just one goal.”

“But look, I gave the best years of my career to develop what I think is important – the stadium and pay it back and put the club in a position where it was capable of facing the future and had the potential to do well.

“At the end of the day, above all, we won and what I am most proud about is putting the club in that position.”

In a recent biography, Wenger wrote that leaving Arsenal was a “very lonely, very painful” moment but insists every decision he made was in the club’s best interests.

He also revealed the decision was taken out of his hands as the club told him it was best he moved on, despite his willingness to see out his contract.

The Frenchman is now chief of global football development at FIFA and currently pushing their controversial plans to make the World Cup every two years.

Despite an already packed footballing calendar which has seen increasingly shorter breaks for players, Wenger is backing calls for a more frequent World Cup.

Many worry this would harm players’ fitness and risk more injuries as they have little choice but to play more and more often.

Wenger shirked responsibility when asked about the proposals.

He said: “It is only my proposal! I don’t make that decision. It’s for the whole football world to decide.”

Nobody can stop the development revolution in J K: Amit Shah

UK reports record house prices AGAIN - which areas are the cheapest to buy in right now?

‘Kill them all, don't spare anyone': A massacre in Burkina Faso

© Provided by Al Jazeera In a photo from February 2020, Burkina Faso soldiers patrol aboard a pick-up truck at a camp sheltering Malian refugees, in Dori [Olympia de Maismont/AFP] ... Read more »

A new mutation of the Delta variant of COVID-19 which was being monitored and assessed in the UK is present in India “in very low numbers”. Scientists of the INSACOG ... Read more »

The Social Justice and Empowerment Ministry has recommended decriminalising possession of small quantities of drugs for personal consumption in its review of the Narcotic Drugs and Psychotropic Substances (NDPS) Act ... Read more »

Eight wagons of a goods train derailed near Surajpur in Chhattisgarh on Sunday, affecting the movement of passenger rail traffic on the route, a railway official said. No casualty was ... Read more »

One person has died and five others were injured after an explosion in Uganda’s capital Kampala, the country’s President Yoweri Museveni said in a tweet Sunday. © BADRU KATUMBA/AFP/Getty Images ... Read more »

How George Washington's Idea of Executive Privilege Got Mangled

Ex-soldiers offered mercenaries $10,000 a week to join a private army that would fight in Yemen's civil war, prosecutors says

© Provided by Business Insider A fighter with forces loyal to Yemen’s Saudi-backed government holds a position against Huthi rebels in Yemen’s northeastern province of Marib, on April 6, 2021. ... Read more »

Coatbridge boxer Ben McGivern due a change in his luck

Coatbridge boxer Ben McGivern says if it wasn’t for bad luck he would have none at all, after being left without an opponent again earlier this month. But McGivern, pictured, ... Read more »

Arthritis: How to 'significantly reduce the risk' of developing the condition

Arthritis is not a single disease, but instead a way of referring to joint pain or joint disease. There are more than 100 types of arthritis and related conditions. Osteoarthritis ... Read more »

A TV drama written and directed by Sir David Hare, produced by Sir Nicholas Hytner and starring Ralph Fiennes would be expected to excite any broadcaster. But the award-winning playwright ... Read more »

Carl Starfelt arrived at Celtic Park for £4.5m in the summer as the Ange Postecoglou rebuild started to take shape. The Swede’s signature was secured from European side Rubin Kazan, ... Read more »

Liverpool legend and pundit Graeme Souness believes Mohamed Salah is ‘as greedy a player he has seen’, but that’s what partly makes him as good as he is. The Egyptian ... Read more »

© Provided by DNA Last Monday, Jacqueline Fernandez appeared before the Enforcement Directorate as a witness in a money laundering case after being summoned many times. The actress was called ... Read more »

© Bang Showbiz Izzy and Harry Judd Izzy Judd has no issues with being “outnumbered” by boys in her family. The 37-year-old violinist gave birth to her second son, Lockie, ... Read more »

Sunak criticised for failing to deliver on key infrastructure projects

Photograph: Peter Nicholls/Reuters Labour has criticised Rishi Sunak for “lots of announcements and not much delivery” on infrastructure projects, as the chancellor conceded that of £7bn in this week’s budget ... Read more »

Singaporeans ahead of the world on ESG issues

© SWEN STUDIOS Cinematographer Halyna Hutchins died on the set of ‘Rust’ on October 21. Reuters A petition to ban the use of real firearms on Hollywood film sets has ... Read more »

A complete guide to Hatta: what to do, where to stay and how to get there

Rishi Sunak has refused to be drawn on the future of the eastern leg of HS2 just three days before announcing his spending plans in the autumn Budget later this ... Read more »

© Universal Colin-Jost-SNL.png Colin Jost has made TV history with the latest episode of Saturday Night Live. The comedian has hosted the Weekend Update segment of the US sketch show ... Read more »

The week in TV: Succession; Impeachment: American Crime Story; Four Hours at the Capitol and more

© Provided by Evoke.ie Sharon Corr’s ex-husband, barrister Gavin Bonna, has welcomed a baby with Queen Letizia of Spain’s sister. Do not adjust your screen, you read that completely insane ... Read more »

Michelle Heaton has bravely shared how her boozing made her extreme menopause symptoms worse as she necked vodka in a bid to try and stay young. Michelle, who underwent a ... Read more »

BEIJING (Reuters) -China Evergrande Group said on Sunday it had resumed work on more than 10 projects in six cities including Shenzhen – a statement that comes after it appeared ... Read more »

Jets vs. Patriots: Preview, predictions, what to watch for

An inside look at Sunday’s Jets-Patriots Week 6 matchup at Gilette Stadium: Marquee matchup Patriots offensive line vs. Jets defensive line The Patriots have had a rotating cast of characters ... Read more »

THE jackpot for Wednesday's National Lottery draw will be an estimated £8.7million after no-one bagged the top prize on Saturday evening. No-one matched all six main numbers, although one lucky ... Read more »

The train will shortly be arriving in 1983: a boyhood rebuilt in Britain's biggest model railway

Photograph: Gary Calton/The Observer As lockdown projects go, it doesn’t get much bigger than a 60-metre long model railway. When Simon George set about re-creating his favourite childhood spot from ... Read more »

'If Babar was asked what he wanted to become when he grew up, he'd say, Virat Kohli': Chopra ahead of Ind-Pak T20 WC tie

India will take on arch-rivals Pakistan in their opening game of the 2021 T20 World Cup in Dubai on Sunday. The match will mark the first meeting of Virat Kohli ... Read more »

India vs Pakistan, T20 World Cup: ‘Getting ready for mother of all matches' - Fans launch meme fest on Twitter

© Provided by News18 India vs Pakistan, T20 World Cup: ‘Getting ready for mother of all matches’ – Fans launch meme fest on Twitter Finally, the day has come when ... Read more »

'He can hit 12 off last 2 balls. India yet to find his replacement': Harbhajan wants star cricketer to play vs Pakistan

One of the biggest topics of curiosity remains India’s Playing XI which they will feature against Pakistan during their T20 World Cup fixture in Dubai on Sunday. Pakistan have announced ... Read more »

Instagrammable Places In Mumbai For An Aesthetic Feed

'When will Levy get it', 'A glaring failure' - Lots of Spurs fans react to Alasdair Gold's news

Ko back to world No 1 after play-off win

We'll play ‘dirty Remainer' and stir up trouble if EU does not stop overreach, warns Poland

The Apple Watch Series 7's faces still don't do it for me, and the problem is the hands

With an Eye on China, India Must Fix Its Tank Problem