Arizona Attorney General Mark Brnovich released a legal opinion Monday calling the southern border crisis an 'invasion'He says this classification, under the U.S. Constitution, gives states the power to defend and take action against the hostile actorsIn theory this would allow the Arizona police or National Guard to remove illegal immigrants back to Mexico Arizona's Yuma border sector has been particularly overwhelmed by the crisisMore than 65,000 non-citizens were caught illegally crossing into Yuma from Mexico between September and November 2021

Mark Brnovich wrote in his opinion: ‘The violence and lawlessness at the border caused by transnational cartels and gangs satisfies the definition of an ‘invasion’ under the U.S. Constitution, and Arizona therefore has the power to defend itself from this invasion under the Governor’s authority as Commander-in-Chief.’

‘An actual invasion permits the State to engage in defensive actions within its own territory at or near its border,’ he added.

The language Brnovich points to in Article I of the Constitution would in theory allow the Arizona police or National Guard to remove illegal immigrants back to Mexico – rather than relying on immigration enforcement agencies currently run by the Democrat administration.

The U.S. Constitution allows states to ‘engage in War’ when it has been ‘actually invaded, or in such imminent Danger as will not admit of delay’ without congressional approval. Usually only Congress can declare war.

Article IV also states the U.S. ‘shall protest each [state] against invasion.’

Brnovich notes the definition of ‘invasion’ in the Constitution includes ‘hostile non-state actors’, and not just hostile foreign states. 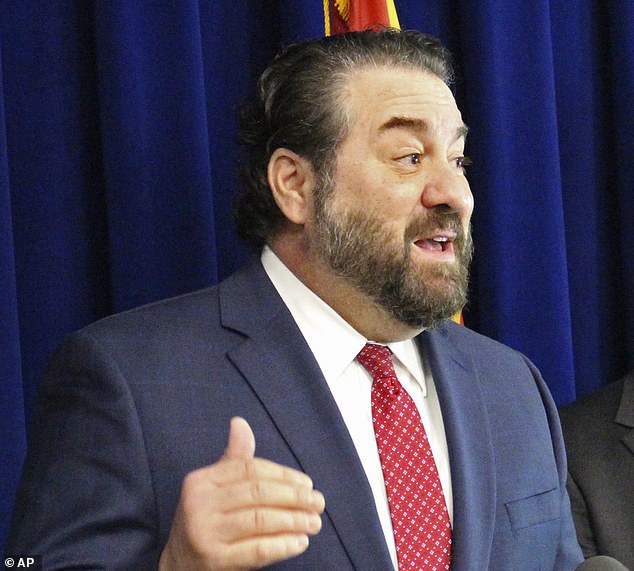 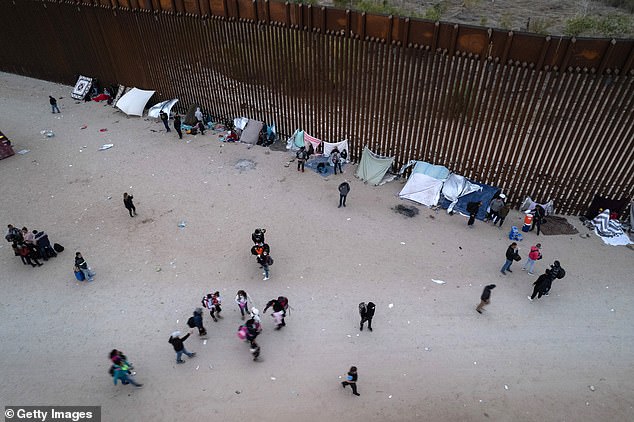 Using this provision in Article I of the Constitution would in theory allow the Arizona police or National Guard to remove illegal immigrants to Mexico. Pictured: An aerial view taken December 10, 2021 shows immigrants gathered along the U.S. border wall after crossing illegally through a gap in Yuma, Arizona

Subsequently, AG Brnovich released his opinion on the matter.

In fiscal year 2021 alone, 1.7 million migrant were apprehended by immigration enforcement. The numbers continued to spike in December with 178,840 encounters at the southern border.

Arizona’s Yuma Sector of the border has been particularly overwhelmed by the migration surge.

Rafa Rivera, regional president of the National Border Patrol Council, said that more than 1,500 migrants were in custody in Yuma at one point, according to a Washington Examiner report.

‘Usually around this time through the holidays, it slows down, but here in Yuma, it was constant,’ Rivera noted.

Yuma Mayor Douglas Nicholls declared a state of emergency on December 9 after 6,000 people were taken into custody by Border Patrol in the course of five days. The behemoth figure equates to the number of migrants intercepted in an average month over the past two decades.

The surge and revelation of overcrowding came in the midst of a massive surge in infection rates for COVID-19 with the highly-contagious Omicron variant – leading to further questions on the holding conditions in the middle of the pandemic. 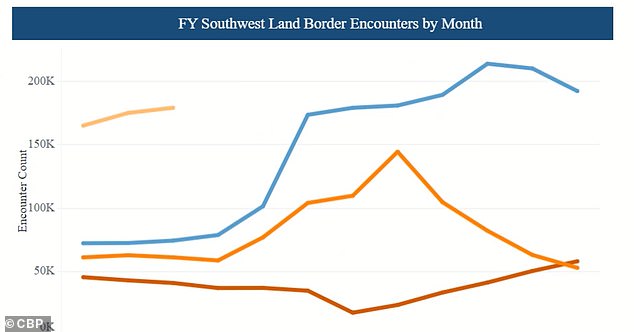 In fiscal year 2021, 1.7 million migrant were apprehended by immigration enforcement, the numbers continued to spike in December with 178,840 encounters at the southern border 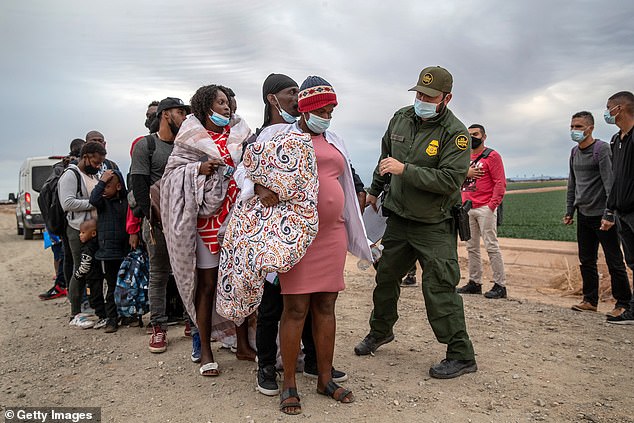 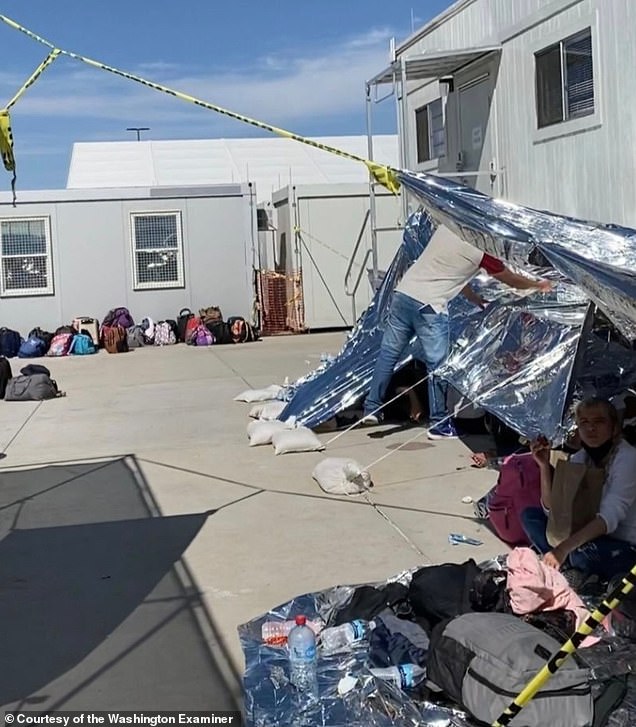 Migrant facilities in Yuma have become so overwhelmed, the asylum-seekers and illegal border jumper are forced outside into makeshift tents of mylar blankets, caution tape and sand bags

Vice President Kamala Harris had a phone call last month with Guatemala President Alejandro Giammattei after a barrage of criticism continues to hit the administration over its handling of the southern border crisis.

During the call, Harris ‘reaffirmed the administration’s commitment to working together with Guatemala on a broad agenda that includes the root causes of migration, trafficking, economic development, and anti-corruption,’ according to a statement from her office.

The call came after Giammattei went public with his dissatisfaction regarding communication over the last several months with the vice president, who was named border czar shortly after inauguration.

More than 65,000 non-citizens were caught illegally crossing into Yuma from Mexico between September and November 2021, which is higher than the total encounters in a typical year.

In December, Customs and Border Protection (CBP) encountered 178,840 migrants at the southern border, up slightly from the 173,620 encountered in November and 164,753 in October.

January figures have not yet been released.

© Stephen Hamilton/Inpho Linfield manager David Healy Linfield boss David Healy has told his players that none of their critics will be shedding tears over the champions’ faltering form. The ... Read more »