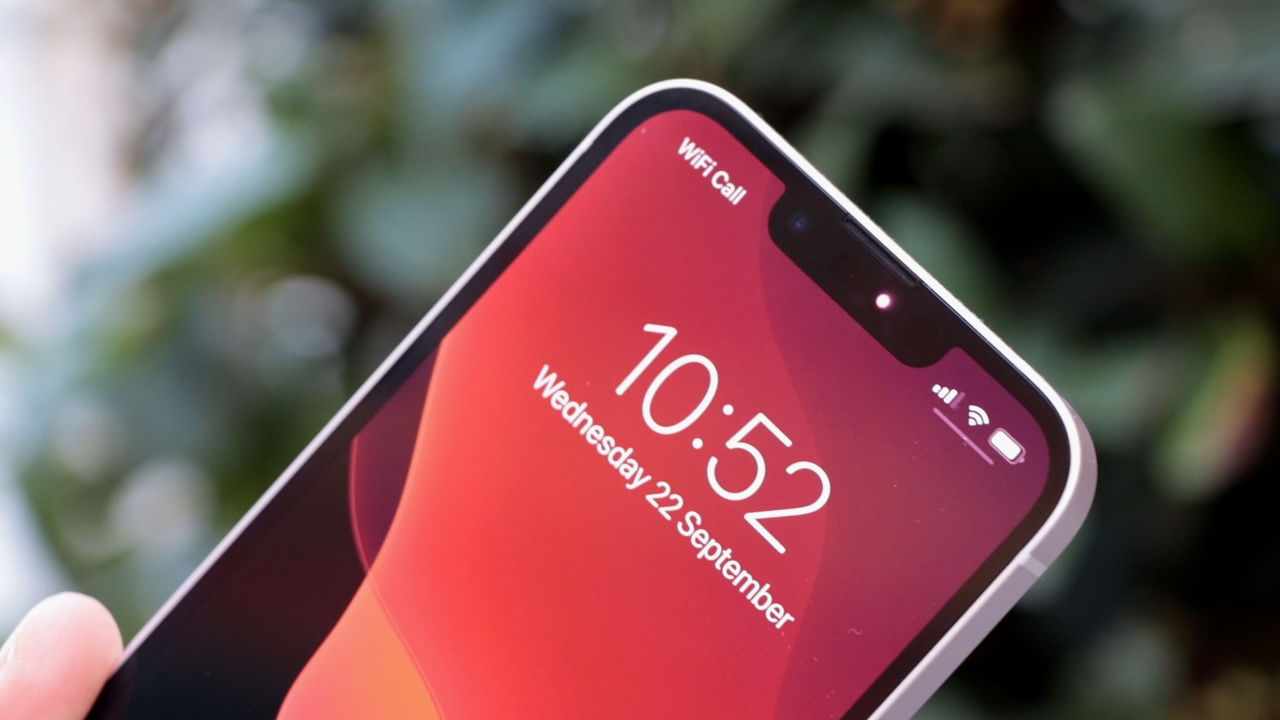 Early demand for the iPhone 13 saw Apple regain second place in the global smartphone market, however the ongoing shortage of components is finally having an impact on sales.

According to new figures from Canalys, Apple increased its share from 12% to 15% year-on year, while Xiaomi’s remained static at 14%. Samsung, the long-term market leader, also witnessed minimal change in terms of share at 23%.

However overall volumes fell by 6% as vendors struggled to meet demand. Several industries, not just the mobile sector, are grappling with a scarcity of key components such as chips caused by the Coronavirus pandemic.

As Covid-19 spread across the globe, governments enacted lockdown restrictions and social distancing measures that had an inevitable impact on demand for consumer electronics, including smartphones.

Many people delayed or abandoned purchases because of economic concerns or because they were physically unable to go to a store. As a result, vendors reduced their orders and manufacturing was scaled down.

Component manufacturers have struggled to keep up with rebounding demand and it is unclear when the problems will end. Analysts have suggested that the situation may not normalise until next year.

“The chipset famine has truly arrived,” said Canalys Principal Analyst, Ben Stanton. “The smartphone industry is striving to maximize production of devices as best it can. On the supply side, chipset manufacturers are increasing prices to disincentivize over-ordering, in an attempt to close the gap between demand and supply. But despite this, shortages will not ease until well into 2022. As a result of this, as well as high costs of global freight, smartphone brands have reluctantly pushed up device retail pricing.”

As the industry gears up towards key shopping seasons, retailers and vendors have been advised to think outside the box to cope with inventory and price challenges.

“Channel inventories of smartphones are already running low, and as more customers start to anticipate these sales cycles, the impending wave of demand will be impossible to fulfil,” continued Stanton. “Customers should expect smartphone discounting this year to be less aggressive. But to avoid customer disappointment, smartphone brands which are constrained on margin should look to bundle other devices, such as wearables and IoT, to create good incentives.”

Can the omicron variant be detected by lateral flow tests?

Jack Dorsey is no longer Twitter's CEO — by choice, this time

Samsung Galaxy S22 series is rumoured to launch in February next year. The lineup is the successor to the Samsung Galaxy S21 series that was launched by the company in ... Read more »

Under $250: Samsung Galaxy smartphones are on mega-sale during Cyber Monday 2021

— Recommendations are independently chosen by Reviewed’s editors. Purchases you make through our links may earn us a commission. Samsung makes plenty of great smartphones: There’s the flip phone–style Galaxy ... Read more »

US-China tech war: China's efforts to catch up in advanced chips on hold as country's attention turns to mature nodes

China has been forced to make a course correction in its drive for semiconductor self-reliance, focusing instead on boosting production of mature technologies while putting the goal of catching up ... Read more »

You've just been accepted into a startup accelerator — now what?

Almost every startup has flirted with the idea of joining an accelerator program. When done right, they can be an invaluable opportunity to learn from experts, get feedback on your ... Read more »

COVID-19: 'It's not all doom and gloom at this stage' - Deputy Chief Medical Officer on Omicron strain - video

Professor Van-Tam said the uncertainties around Omicron strain are transmissibility and severity of disease, adding that there are "far more things we don't know yet than things we do know". Read more »

The government on Monday approved sale of Central Electronics Ltd to Nandal Finance and Leasing for Rs 210 crore. This is the second strategic stake sale by the government after ... Read more »

Nagaland Police on Monday launched a mobile application for facilitating the users to get in touch with the law enforcers anywhere in the state. Launching the mobile app, ‘Call your ... Read more »

Several of Europe’s largest telecommunications firms have called for large technology companies to contribute to the cost of rolling out fibre and 5G across the continent, arguing that the current ... Read more »

Security officials in one of China‘s largest provinces have commissioned a surveillance system they say they want to use to track journalists and international students among other “suspicious people”, documents ... Read more »

Twitter Inc Chief Executive Officer Jack Dorsey will step down from his role, a person familiar with the matter told Reuters.Dorsey and Twitter’s board have settled on his successor, the ... Read more »

Russia will continue slowing down the speed of Twitter on mobile devices until all content deemed illegal is deleted, state communications regulator Roskomnadzor told Reuters, as Moscow continues to make ... Read more »

Process mining technology company Celonis on Monday said it will invest USD 100 million (about Rs 750 crore) in India and hire 1,000 people over the next two years to ... Read more »

Man in UK becomes first to get 3D-printed eyeball

A middle-aged man in the UK has become the first in the world to have a 3D-printed eye fitted as part of a trial, media reports said.Doctors at Moorfields Eye ... Read more »

Save big on TVs at Amazon's Cyber Monday sale with deals on Samsung, TCL, LG and more

— Recommendations are independently chosen by Reviewed’s editors. Purchases you make through our links may earn us a commission. Looking to save on a new TV ahead of the holidays? ... Read more »

Dyson Cyber Monday deals are epic: Save hundreds on Dyson vacuums with these killer sales

— Recommendations are independently chosen by Reviewed’s editors. Purchases you make through our links may earn us a commission. Cyber Monday 2021 deals are finally here, and now is the ... Read more »

Microsoft accused of using Windows to push Onedrive ahead of rivals

A coalition of software and cloud companies has filed a complaint with the European Commission (EC) against Microsoft’s anti-competitive behavior of bundling its OneDrive cloud storage, Teams, and other services ... Read more »

Technodynamika, a subsidiary of Russian high-tech conglomerate Rostec, is reportedly prototyping a USB flash drive that looks like a standard USB thumb drive, but encases a built-in detonator that can ... Read more »

You’d be forgiven for forgetting about AirPower – a wireless charging mat that Apple announced alongside the iPhone 8, iPhone 8 Plus and iPhone X – which happened to be ... Read more »

The Korean National Police Agency (KNPA) is pushing for the implementation of conditional licenses for elderly drivers by 2025, reports. That in and of itself is, well… boring. But the ... Read more »

Reliance Jio preparing a Jio TV and a Jio Tablet for the Indian market, to be released by 2022

Reliance Jio recently partnered with Google to launch the JioPhone Next to offer a budget smartphone in the Indian market. According to a report by GizChina, the telecom giant is ... Read more »

— Recommendations are independently chosen by Reviewed’s editors. Purchases you make through our links may earn us a commission. Shopping for the best gift for dad is easier said than ... Read more »

Deputy Labour leader Angela Rayner appeared blindsided at an Institute for Government when questioned about the reshuffle after she gave a speech on ‘Tory sleaze’. (Getty Images) Keir Starmer unexpectedly ... Read more »

— Recommendations are independently chosen by Reviewed’s editors. Purchases you make through our links may earn us a commission. Ring in the holiday season with fun and festive beauty deals ... Read more »

Zero-trust architecture will increase the efficiency of cybersecurity solutions to stop data breaches by 144%, a new report from Symmetry Systems and Osterman Research is saying. Surveying 125 IT and ... Read more »

Half of top websites fail to meet Google usability standards

Even though their performance has been steadily improving, many of the world’s top websites do not provide the ideal user experience (UX), both on desktop and mobile platforms, at least ... Read more »

Are we about to get a big unveiling of Breath of The Wild 2, complete with a release date and title? It’s possible – as The Game Awards for 2021 ... Read more »

Kazakhstan seems to have encountered a new peril of sorts, with the nation seeing a power outage in three power plants in October, leading to the decision of electricity rationing ... Read more »

The 2021 Walmart Cyber Monday sale is up and running, which means today is your last day to score epic deals on everything from TVs, laptops, and headphones to toys, ... Read more »

Arguing that a rise in remote work have left businesses more vulnerable to cybersecurity attacks like ransomware, a new report suggests that deploying a zero trust architecture. is expected to ... Read more »

Chinese threat groups will soon go about canvassing for encrypted data that they’ll hoard in the hopes of eventually decrypting it with quantum computers, suggests a new report. Compiled by ... Read more »

If you’re looking for a killer deal on projectors then VAVA has you covered, as its Black Friday and Cyber Monday special takes $600 off the 4K Laser TV. For ... Read more »

BERKELEY, Calif. — Digital services have become more important than ever since the pandemic began in early 2020, and that’s meant big business for major technology companies. But there’s also ... Read more »

Cybersecurity researchers have released an unofficial patch for a bug in Windows 10, originally reported to Microsoft in October 2020, which later research revealed could take the form of a ... Read more »

The design of the Samsung Galaxy S22 Ultra has been extensively leaked now, with even case makers getting in on the act, and the latest selection of images do a ... Read more »

Looking for a great Instant Pot Cyber Monday deal? Amazon has slashed 41% off the price of the Ninja Foodi 10-in-1 Pressure Cooker and Air Fryer OS301, bringing it down ... Read more »

TLDR: Skoove Premium Piano Lessons can train you up from a novice to an experienced piano player with their AI-aided learning system. You always knew you were smart. But did ... Read more »

TLDR: The VitalSleep Anti-Snoring Mouthpiece is a non-invasive method for knocking out snoring once and for all. It’s also almost half off with this latest Black Friday deal offer. . ... Read more »

23 new models and $18B: The staggering numbers behind Nissan's new all-electric plan

Water on Earth might have come from the Sun, study says