Rep. Alexandria Ocasio-Cortez on Sunday said she believes it’s an “impeachable offense” for a Supreme Court justice to lie under oath.

Following the overturn of Roe v. Wade, Sens. Susan Collins and Joe Manchin said they felt misled by Justices Brett Kavanaugh and Neil Gorsuch during their individual confirmation hearings. The two senators, both pro-choice, voted to confirm Kavanaugh and Gorsuch because they assured them that they believed Roe v. Wade, the 1973 landmark Supreme Court decision that made abortion a constitutional right nationwide, was law. 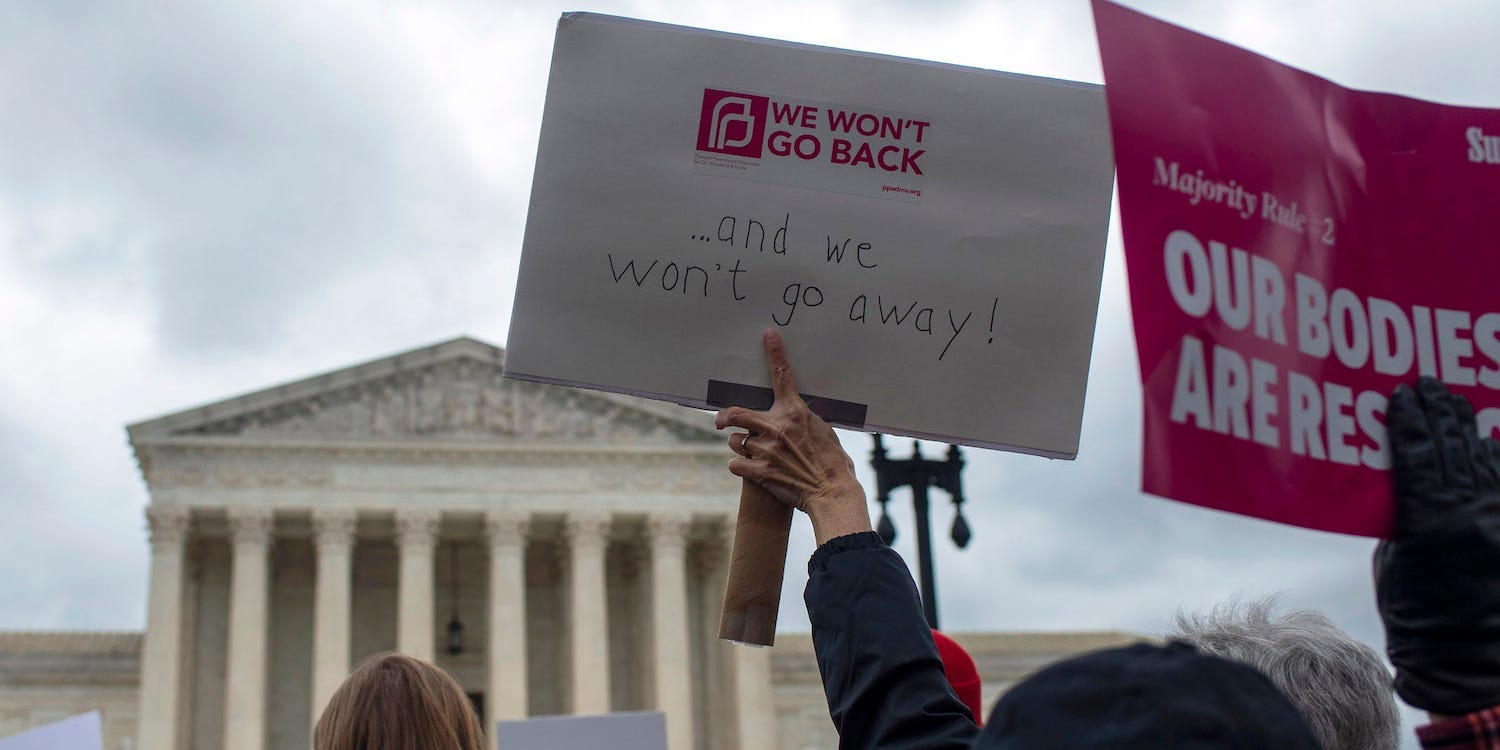 Here’s what each Supreme Court justice said about Roe v. Wade before they were confirmed

The Supreme Court overturned the landmark Roe v. Wade decision on Friday.  The opinion was supported by five of the conservative judges on the court.  Here’s what every judge said about Roe v. Wade during their confirmation hearings.

The Supreme Court overturned Roe v. Wade in a 5-4 vote on Friday.

The opinion was written by Justice Samuel Alito and supported by conservative justices Clarence Thomas, Neil Gorsuch, Brett Kavanaugh, and Amy Coney Barrett, three of whom were appointed by former President Donal Trump.

“Roe was egregiously wrong from the start,” Alito wrote in the opinion. “Its reasoning was exceptionally weak, and the decision has had damaging consequences. And far from bringing about a national settlement of the abortion issue, Roe and Casey have enflamed debate and deepened division.”

The justices’ previous statements on Roe v. Wade have come into sharp focus after the landmark reversal. Senators Susan Collins and Joe Manchin said they were misled by Kavanaugh and Gorsuch.

Here’s what each justice said at the time of their nomination. 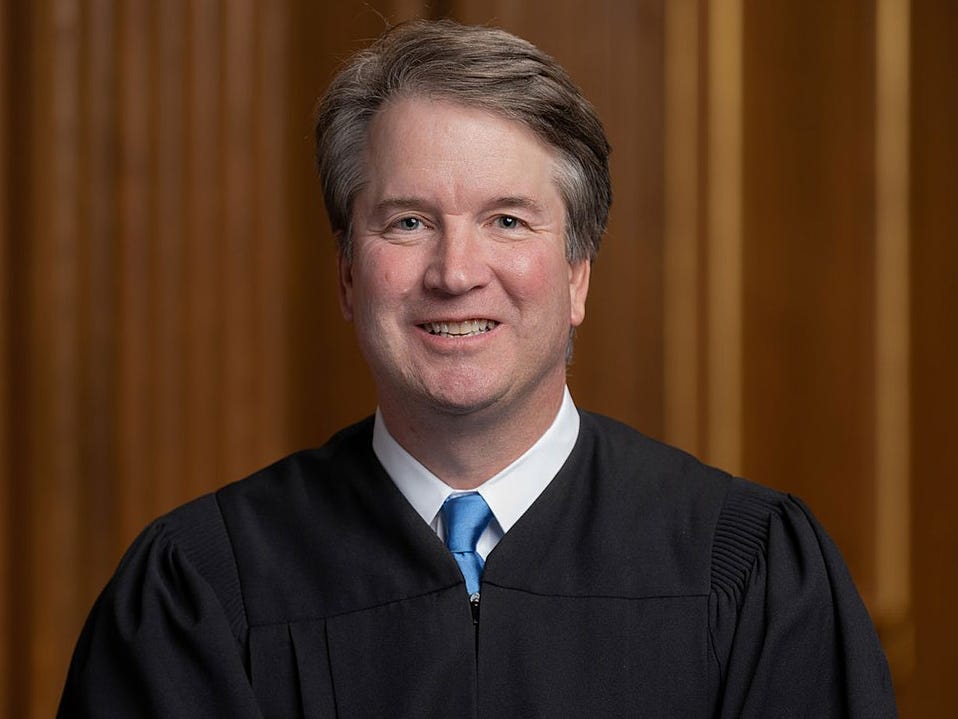 During his confirmation hearing, Kavanaugh said the decision was an “important precedent” that has been “reaffirmed many times.”

Kavanaugh has also said the ruling was “settled law,” but signaled he’d be open to overturning settled law, the Washington Post reported. 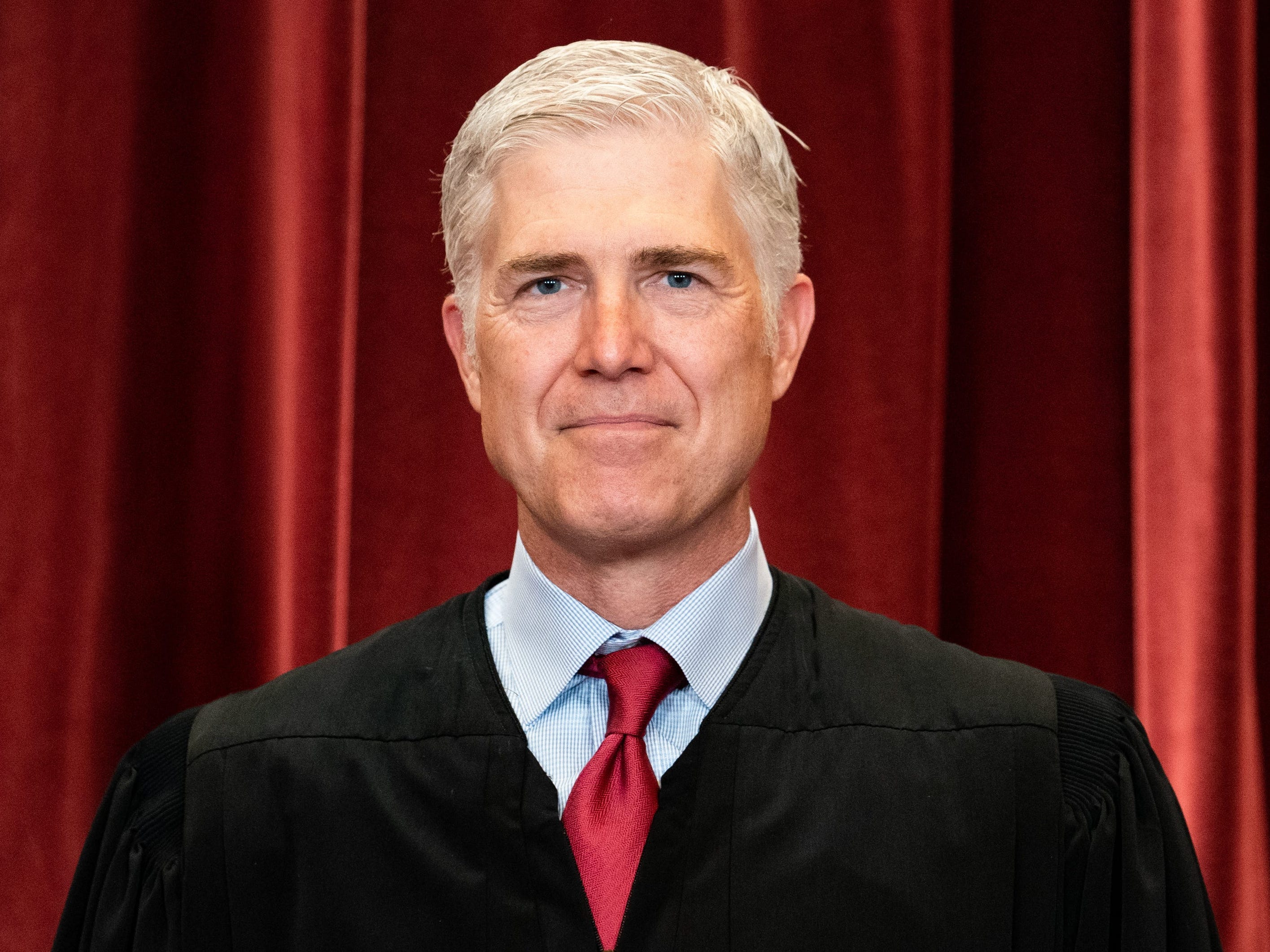 Gorsuch, during his confirmation hearing, said Roe v Wade was a precedent that was reaffirmed in subsequent cases.

“So a good judge will consider it as precedent of the US Supreme Court worthy as treatment of precedent like any other,” Gorsuch said.

He stopped short of saying how he’d rule on abortion if a case was presented in front of him. 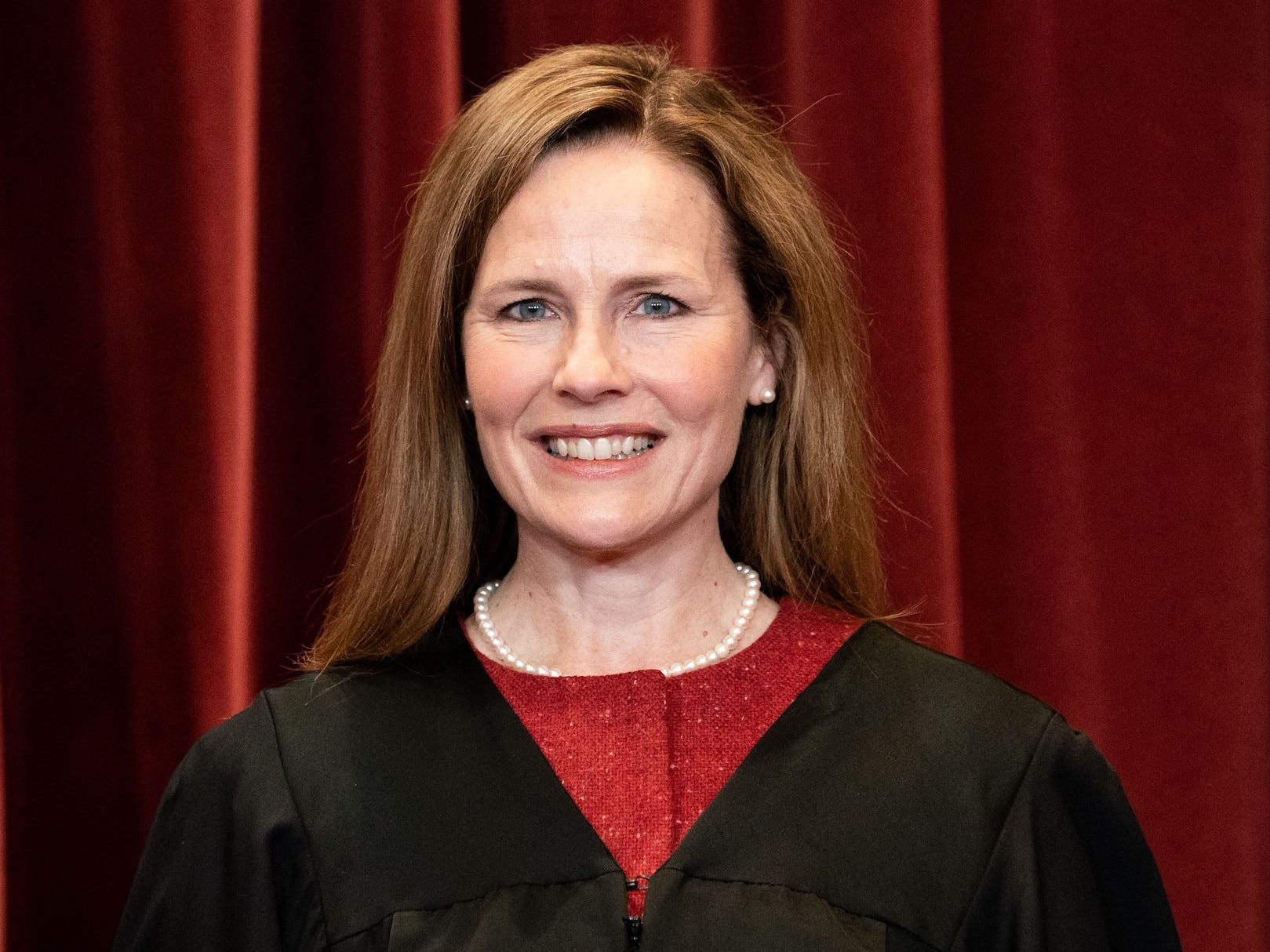 During her confirmation hearing, she said she’d follow the rules of precedent on issues tied to Roe v Wade.

“What I will commit is that I will obey all the rules of stare decisis, that if a question comes up before me about whether Casey or any other case should be overruled, that I will follow the law of stare decisis, applying it as the court is articulating it, applying all the factors, reliance, workability, being undermined by later facts in law, just all the standard factors,” she said, according to The New York Times.

At the time, Barrett sent a letter to the Senate Judiciary Committee revealing that she had signed off on a 2006 anti-abortion ad. 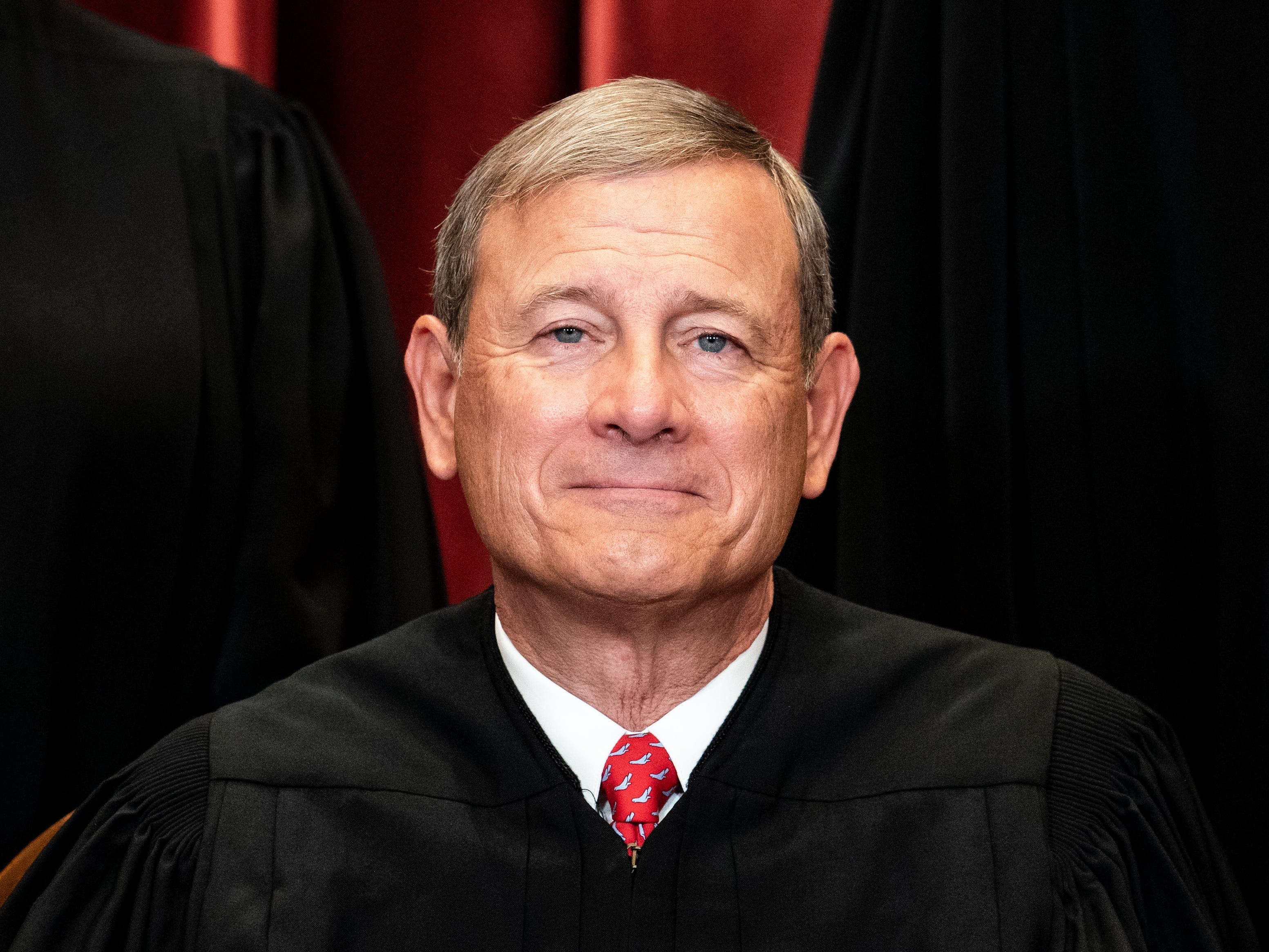 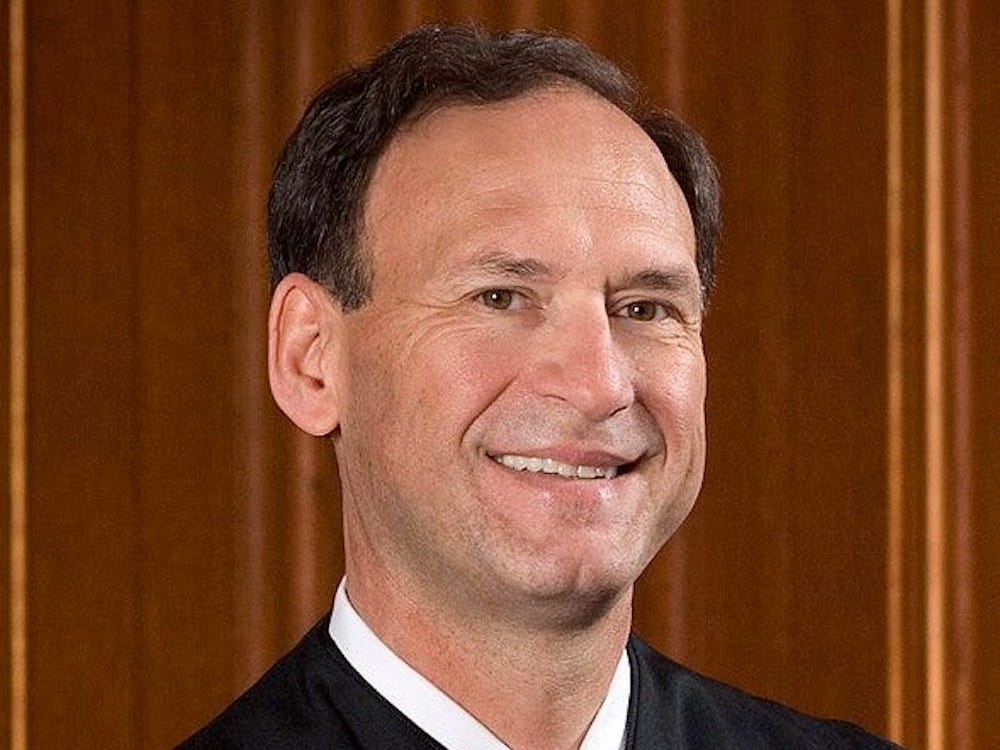 Chief Justice John Roberts was nominated to the Supreme Court by GOP President George W. Bush and was appointed on September 29, 2005.

During his confirmation hearing, Roberts said the 1973 landmark decision was “settled as a precedent of the court.”

“I do think that it is a jolt to the legal system when you overrule a precedent. Precedent plays an important role in promoting stability and even-handedness,” he told the Senate at the time. 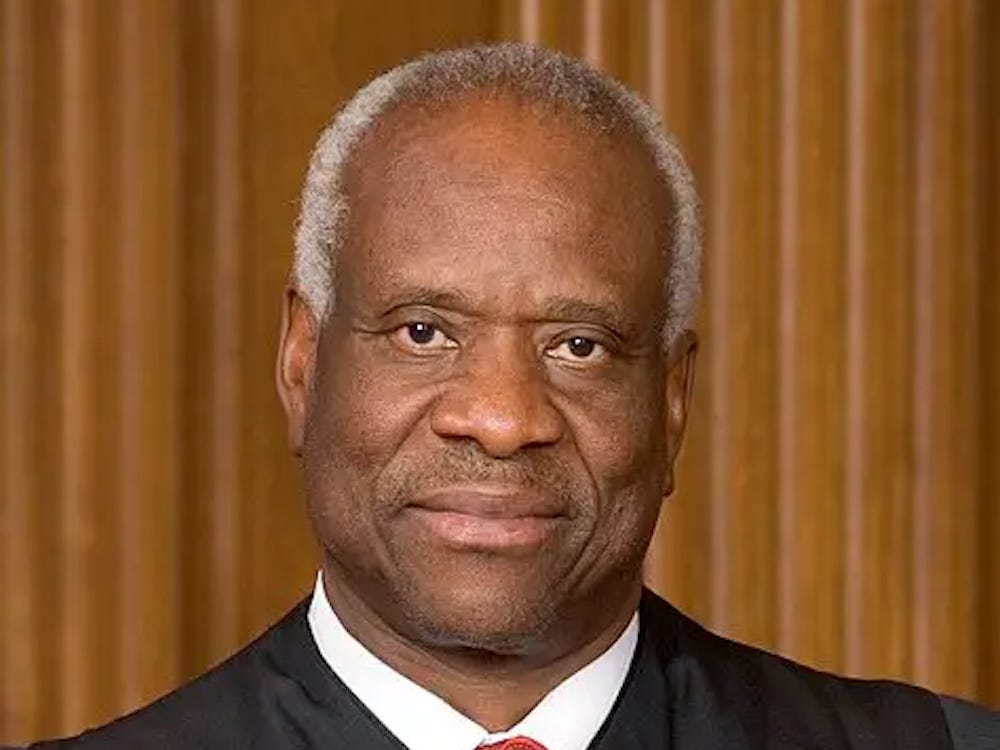 During his confirmation Alito said Roe V Wade  was an “important precedent of the Supreme Court,” The Washington Post reported.

However, Alito stopped short of calling the ruling settled law. Alito has previously written a 1985 cover letter where opposed abortion. 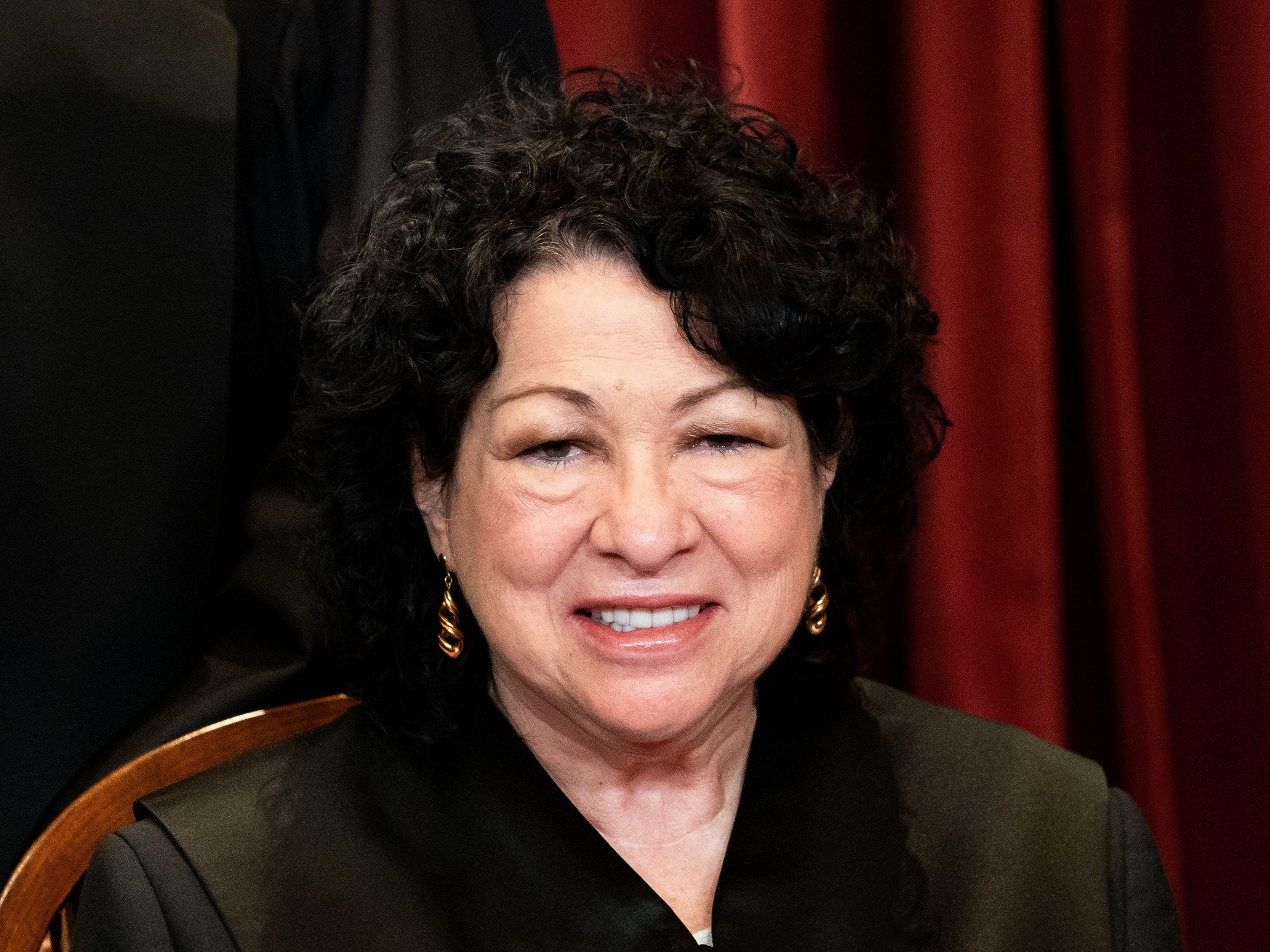 Associate Justice Clarence Thomas was nominated to the Supreme Court by GOP President George H.W.  Bush and took his seat on October 23, 1991.

During his confirmation hearing, he refused to state his opinion on abortion and if Roe v Wade was properly decided, saying it would compromise his ability to impartially rule on similar cases.

“I think those of us who have become judges understand that we have to begin to shed the personal opinions that we have. We tend not to express strong opinions so that we are able to, without the burden or without being burdened by those opinions, rule impartially on cases,” he said, according to NPR. 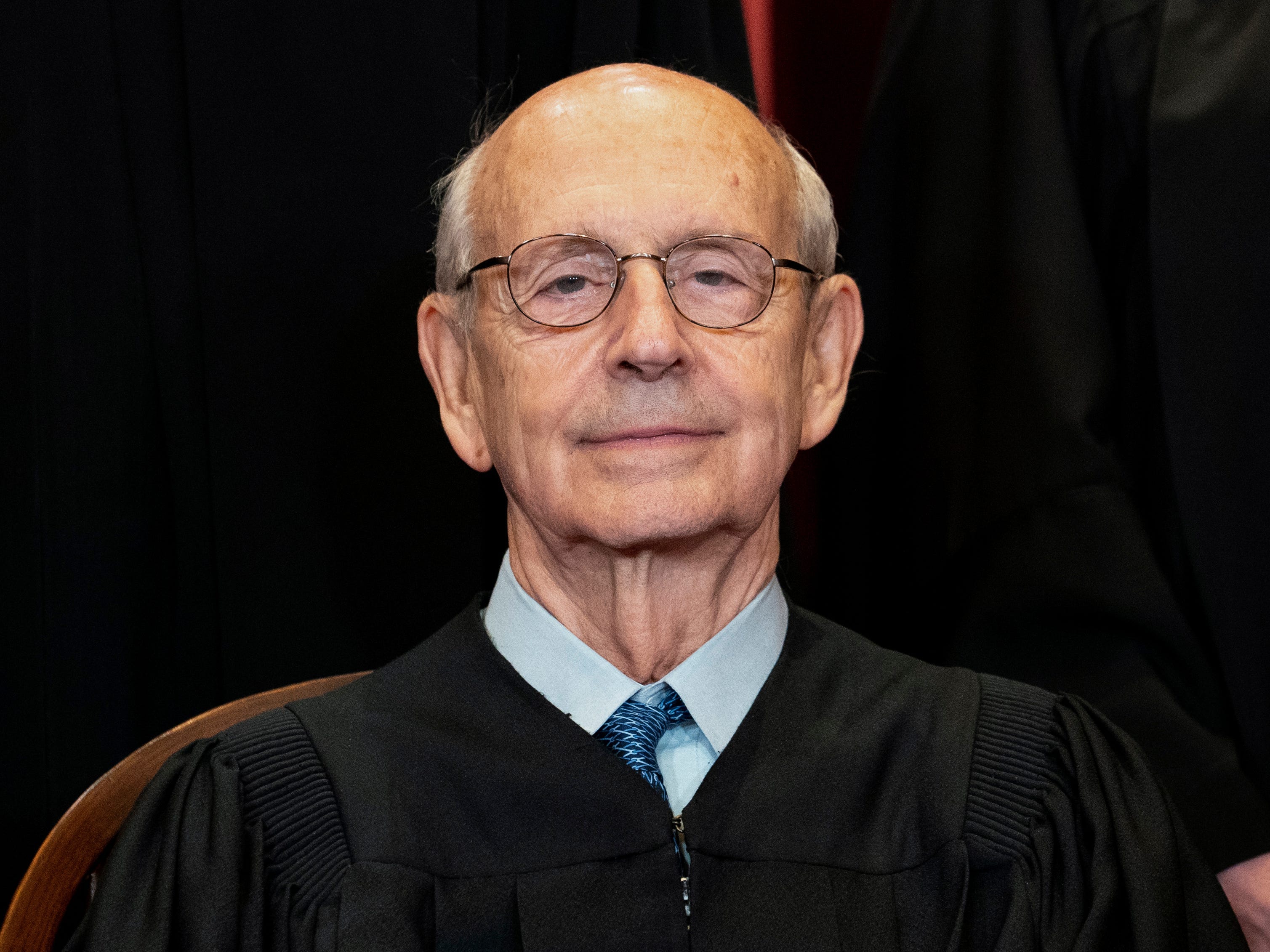 During her confirmation hearing, Sotomayor said the ruling was “precedent and settled.” 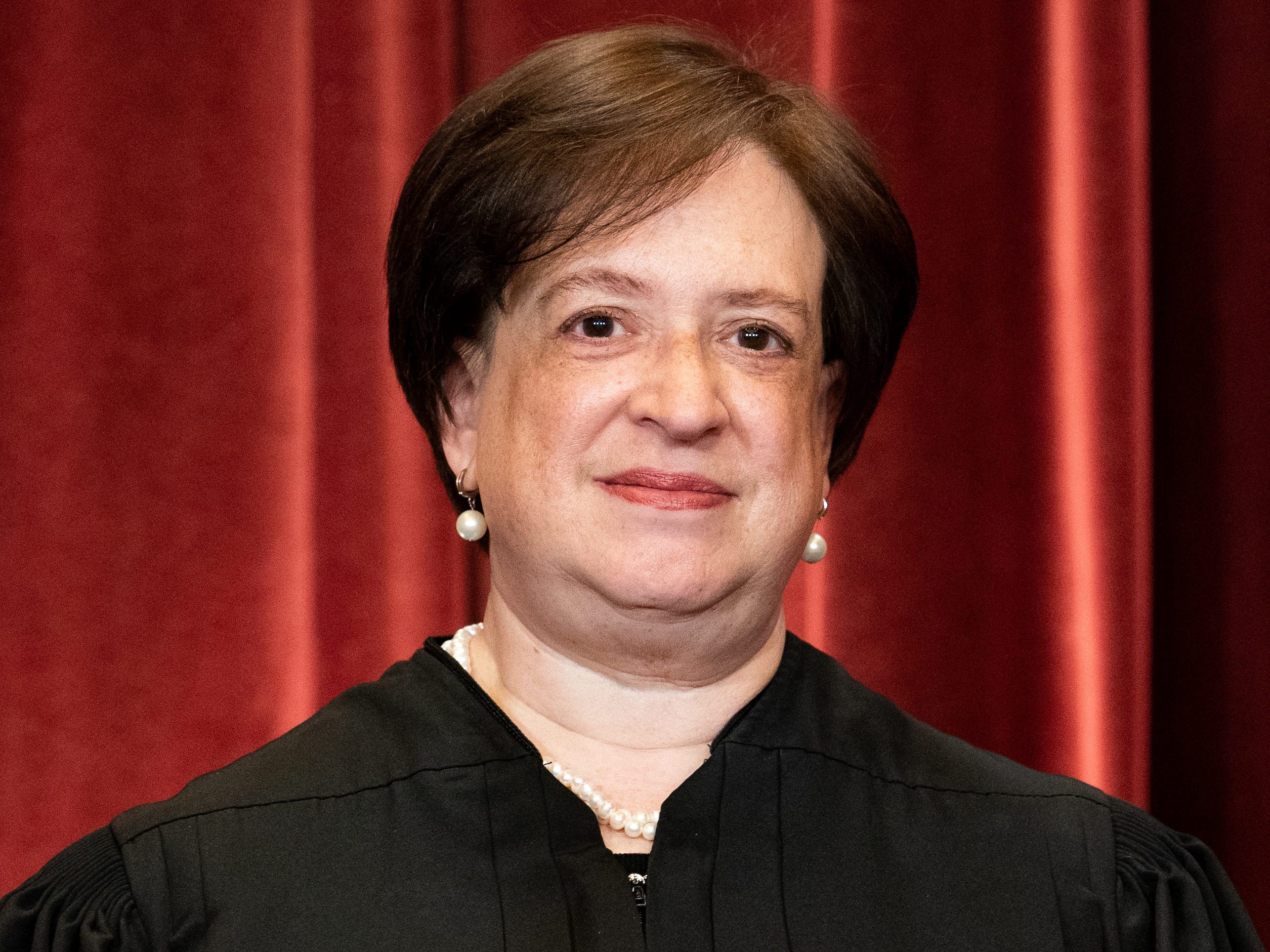 During his confirmation hearing, said he believed that the 1973 ruling “is settled law.”

Both Gorsuch and Kavanaugh, however, voted to strike down Roe earlier this week.

Ocasio-Cortez, speaking in an interview with NBC News’ “Meet the Press,” said she believes the court is facing a “crisis of legitimacy” and justices must face consequences if they lie under oath.

“If we allow Supreme Court nominees to lie under oath and secure lifetime appointments to the highest court of the land and then issue, without basis,” she said, “we must see that through. There must be consequences for such a deeply destabilizing action and a hostile takeover of our democratic institutions.”

“To allow that to stand is to allow it to happen,” she continued. “And what makes it particularly dangerous is that it sends a blaring signal to all future nominees that they can now lie to duly elected members of the United States Senate in order to secure Supreme Court confirmations and seats on the Supreme Court.”

Ocasio-Cortez added that she believes that lying under oath is an impeachable offense.

“I believe that this is something that should be very seriously considered, including by senators like Joe Manchin and Susan Collins,” she said.

The decision to overturn Roe v. Wade sparked protests nationwide. Since the decision was made public, a slew of prominent individuals from musician Jack White to lawmakers such as Ocasio-Cortez have blasted the ruling. Attorney General Merrick Garland condemned the court’s decision, saying on Friday that it’s a “devastating blow to reproductive freedom in the United States.”

Sky open playoffs against the Liberty

Son of suspect in Muslim slayings to remain in custody

Laura Ingraham: Now, with that writing, who needs a White House press secretary?

Laura Ingraham discussed Politico’s article that follows in the footsteps of the “TV propagandists” by spreading whatever comes from the White House and how Biden’s legislation is based on “lies” ... Read more »

Report: Aqib Talib was “just feet” away from the shooter in fatal incident at youth football game

Report: Aqib Talib was “just feet” away from the shooter in fatal incident at youth football game The brother of Aqib Talib allegedly shot and killed a man at a ... Read more »

A mom is being backed for sending her daughters to her ex’s apartment in cheap, tie-dye clothes after he was caught selling the girls’ belongings online. A woman is being ... Read more »

A$AP Rocky was arrested in April at the Los Angeles International Airport and was later released on a $550,000 bond. Prince Williams/Wireimage A$AP Rocky has been charged with two firearm-related ... Read more »

NEW YORK (AP) — The slumping New York Yankees were shut out in consecutive games for the first time since 2016, losing to Ryan Yarbrough and the Tampa Bay Rays ... Read more »

The start of the 2022-23 NBA season is one step closer. On Monday, it was reported that 2023 Opening Night will display both teams from last year’s NBA Finals when ... Read more »

Even when the night changes, it will never change how well Zayn Malik can sing this tune. The 29-year-old shared a rare video of himself singing the One Direction jam ... Read more »

Is Shane Burgos’ ‘no-brainer’ decision to ditch UFC for PFL a sign of things to come?

In an interview with GQ last week, UFC president Dana White remained adamant that fighters under his promotional banner will continue to earn what they earn as long he’s running ... Read more »

Iran submits a 'written response' in nuclear deal talks Iran says it has submitted a “written response” to what has been described as a final roadmap to restore its tattered ... Read more »

In 2019, the Texas legislature allocated money to make schools safer, but three years later, some districts still have tens of thousands of dollars left to spend. Read more »

US, Japan, South Korea Conduct Drills to Defend Against Missiles

US Navy ships are seen docked at Pearl Harbor, Hawaii, on February 21, 2022. (Bloomberg) — The US and its two top Asian allies announced they had conducted a joint ... Read more »

‘Ask all the time: why do I need this?’ How to stop your vacuum from spying on you

Photograph: South_agency/Getty Images This month, Amazon inked a deal to acquire smart vacuum company iRobot – the makers of Roomba – for a tidy US$1.7bn. As some see it, if ... Read more »

Apple tries again with return-to-office date: report Bloomberg News reported on Monday that Apple has set Sept. 5 as the deadline for corporate employees to return to the office in-person ... Read more »

The Academy of Motion Picture Arts and Sciences apologized to Sacheen Littlefeather, almost 50 years after the Native American activist and actor was met with disrespect and harassment as she ... Read more »

Shohei Ohtani or Aaron Judge for AL MVP? The answer has more deliberation

There are 46 games left in the Angels’ season after Monday, which means 46 games left for Shohei Ohtani to add to his resume and complete his case for why ... Read more »

Ben Simmons is getting at least some of his money back from the Philadelphia 76ers. Simmons, after a lengthy feud with the 76ers that resulted in him sitting out during ... Read more »

FILE – This photo provided by the Arizona Governor’s Office shows shipping containers that will be used to fill a 1,000 foot gap in the border wall with Mexico near ... Read more »

The body of an 88-year-old woman was found Monday near Hilton Head Island, South Carolina, after what authorities described as a suspected alligator attack. The woman, a resident of Sun ... Read more »

Short on Storage Space? This Stackable Bakeware Set Is Just $30, and Shoppers Say 'Nothing Sticks' to It

Amazon Cheesy lasagnas, gooey cinnamon rolls, fuss-free breakfast casseroles and fluffy sheet cakes are just an oven-preset away when you’ve got a sturdy set of baking dishes under your belt. ... Read more »

Fox News The Five co-host Will Cain on Monday tried out a relatively new tactic to characterize what former President Donald Trump could have done to justify the FBI’s raid ... Read more »

Valve throws Outsiders out of TI11, Fnatic invited instead

Despite having a berth to The International 2022 seemingly locked up through the Dota Pro Circuit, the Outsiders squad sponsored by Virtus.pro will have to work its way in through ... Read more »

Report: Cowboys reach agreement to return to Oxnard for camp through 2025

Report: Cowboys reach agreement to return to Oxnard for camp through 2025 The Cowboys complete their 2022 stay in Oxnard on Tuesday, ending their California stay in Costa Mesa with ... Read more »

How to Make the Creamiest Oreo Icebox Cake

Although icebox cakes have always been easy, creamy and elegant desserts, icebox cake recipes have changed quite a bit since their invention almost a century ago. Now, they sit in the ... Read more »

Ninjas in Pyjamas turned heads when it forked over an estimated $1 million for Nicolai “dev1ce” Reedtz’ contract, but it could be all for nothing. Swedish news company Expressen has ... Read more »

Why Amazon warehouse workers walked off the job in San Bernardino

'Once Weisselberg pleads guilty it’s over for the Trump Org': Ex-prosecutor Andrew Weissmann

Rage Against the Dopamine: Explaining Parkinson's to My Kids

Dodgers blank Brewers behind another ace-worthy outing from Julio Urías

‘Boomerang' Employees Are Back in Force. Why You Should — Or Shouldn't — Try to Get Your Old Job Back