Anthony Joshua’s sparring partner praised the world heavyweight champion and predicted the Briton will defeat Oleksandr Usyk in their bout this weekend. Joshua is gearing up to fight Usyk at the Tottenham Hotspur Stadium on September 25.

The Brit, whose WBA, WBa, IBF and IBO world titles will be on the line against the Ukrainian, has not fought since his win over Kubrat Pulev in December 2020.

He is nearing the end of an intense camp that saw the 31-year-old become much leaner as he has seemingly opted for speed against Usyk.

Croatian amateur boxer Marko Milun was brought into Joshua’s camp after being approached on social media.

“It has been a dream come true to be involved in Joshua’s camp,” the 24-year-old told Betway Insider. 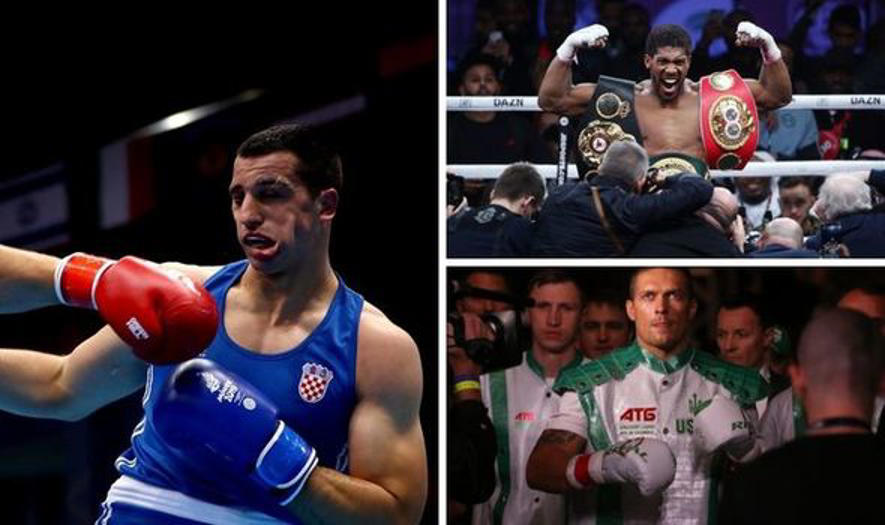 “I was just watching TV and then I had a message on Instagram asking me to come spar with AJ, I said: ‘of course’.

“I grew a lot in the time I spent with him, learnt a lot of things that I did not know. Working with Angel Fernandez and Joby Clayton, they made me a little better.

“AJ for me was very surprising, he was very humble. He was like a guy from the local club, not the heavyweight champion, he spoke to us like a normal person. That surprised me.”

Anthony Joshua warned he is ‘perfect opponent’ for Oleksandr Usyk

Joshua has not fought since December 2020, when a ninth-round knockout win over Kubrat Pulev pushed his record to 24-1.

Milun expressed why he thought Joshua had chosen the Croatian as a sparring partner, suggesting that he has a similar style to Usyk.

“I think he chose me and other amateurs as sparring partners because he needed guys similar to Usyk,” Milun added.

“Usyk fights like an amateur boxer more than a normal professional and maybe that’s why he wanted me and Viktor Jurk and other amateurs, the only professional in camp was Shokran Parwani when I was there. 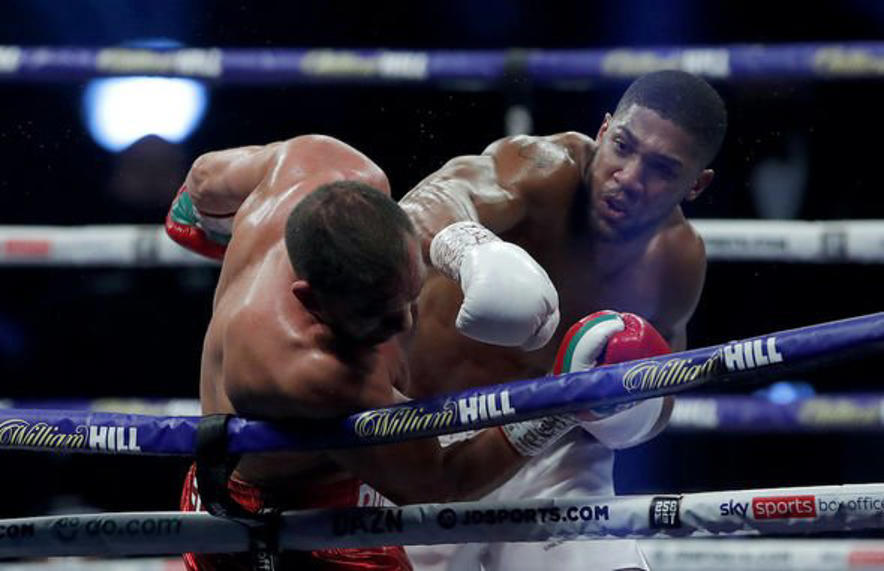 “I saw in camp that AJ is really smart and he does the right things and I think he’ll win this fight. Usyk is also smart but I think AJ has better qualities; he’s bigger, stronger and can punch harder.

“He has worked hard for this and I think he’ll beat him. AJ will be at home, the crowd will be behind him and my prediction is AJ will win comfortably.

“But I will tell you that this will be a smart fight, not a war.”

The 31-year-old Joshua admitted he is both mentally and physically drained from his intense 10-week camp ahead of the clash with the Ukrainian, although he has acknowledged it is part of achieving perfection in his craft.

Joshua clashes with Usyk in their world heavyweight title bout on September 25.

Padres to interview Mike Shildt for managerial opening this weekend

Giants' Brian Sabean could have interest in Mets job

'He must stay true to his word': Otto Wallin sends message to Dillian Whyte after cancelled fight

Otto Wallin has sent Dillian Whyte a message after he pulled of their fight with an injury. Whyte was due to face Wallin in London on October 30th and victory ... Read more »

Is It Time to Push the Panic Button on Elias Pettersson?

When the Vancouver Canucks drafted Elias Pettersson with the fifth overall selection in the 2017 NHL Entry Draft, they completely altered the trajectory of the franchise and sped up their ... Read more »

Dean Richards 'delighted to have four Falcons called-up for England'

© Provided by Daily Mail MailOnline logo Dean Richards included three of his England contingent in the Newcastle squad to face Gloucester on Saturday and explained the boost their call-ups ... Read more »

Cody Rhodes’ long time in the wrestling industry may lead fans to believe he’s immune to problems that impact other wrestlers in the business, but his reality series Rhodes to ... Read more »

Capitals already rolling as they play host to Flames

The impending demise of the Washington Capitals apparently has been greatly exaggerated. As the Capitals prepare to play host to the Calgary Flames on Saturday afternoon, they are unbeaten in ... Read more »

© Provided by Daily Mail MailOnline logo Arsenal boss Mikel Arteta praised his side’s reaction to their 2-2 draw against Crystal Palace on Monday as they cruised to victory over ... Read more »

LIVE – Updated at 23:45 © Photograph: AP Child-sized doses of Pfizer’s Covid-19 vaccine in a factory in Puurs, Belgium. Offshoot of Delta designated a variant under investigation in UK; ... Read more »

© Provided by NBC Sports Former Raiders coach Jon Gruden publicly has displayed a certain amount of defiance regarding the events that led to his resignation. One of his former ... Read more »

Max Verstappen has played down his close-call moment with title rival Lewis Hamilton in US Grand Prix practice, saying he did not know what happened. © PA Images Max Verstappen ... Read more »

Freddie Freeman responds to narrative that Braves are playoff chokers

© Kirby Lee-USA TODAY Sports Freddie Freeman and the Braves are trying to avoid a second straight collapse in the NLCS. The Atlanta Braves are hearing some familiar and unwelcome ... Read more »

© Max Aquino / Sounder at Heart If it seems like we just did this with Sporting KC, you wouldn’t be wrong. The Sounders and SKC just played less than ... Read more »

© Provided by Daily Mail MailOnline logo England Women will hope it is third time lucky as they look for their first win at Wembley on Saturday evening.  The Lionesses ... Read more »

Billy Burns believes Ulster are “tracking along nicely” despite the province’s flying start to the campaign sparking a ‘must do better’ critique by pundits and fans. Dan McFarland’s men lie ... Read more »

© Photo by Fabio Rossi/AS Roma via Getty Images Oof, what in the world happened yesterday? Almost as if the universe was saying, “Nope, just because you’re in the Europa ... Read more »

© Provided by This Is Money MailOnline logo When sitting in a cave, resting after a hard day’s hunter gathering, it would have been unlikely that I would have led ... Read more »

© Photo by Nick Taylor/Liverpool FC/Liverpool FC via Getty Images Mohamed Salah has been on an absolute tear this season as he continues to rack up goals and set Liverpool ... Read more »

Preview: The 401 Derby returns to BMO Field for the first time in over a year

© Photo by Michael Reaves/Getty Images Following back to back defeats against Atlanta United and Inter Miami respectively, Toronto FC plays host to playoff-chasing CF Montreal in the first 401 ... Read more »

Phoenix Suns Owner Tries to Get Ahead of Bias Allegations

(Bloomberg) — Robert Sarver, owner of the NBA’s Phoenix Suns and WNBA’s Mercury pro basketball teams, is trying to get ahead of possible allegations of racial and gender bias, saying ... Read more »

Rail strikes will go ahead as planned during crucial climate talks, the RMT union has confirmed – effectively shutting down Scotland’s train services when thousands of people plan to travel ... Read more »

A £5.7billion list of transport upgrade projects for eight regions of England is set to be confirmed in next week’s Budget and spending review. Rishi Sunak will try to fulfil ... Read more »

According to new research from UHY Hacker Young, of the capital gains made in the past year, an effective rate of only 14.9 percent tax was paid, down from 16.5 ... Read more »

House to aim to vote on infrastructure and reconciliation bills next week, Hoyer says – live

West Ham have 'a bit to go' before they enter 'Big Six', insists Moyes

Norris breaks ‘rule No 1' on way to impressive P2

JaMycal Hasty is expected to return to action Sunday