Anthony Joshua has warned his next challenger Oleksandr Usyk that he’s “jumped in at the deep end” in the heavyweight division. The two-time unified boxing world heavyweight champion thinks Usyk will sink or swim when he challenges him at the Tottenham Hotspur Stadium on Saturday.

Usyk has competed in just two professional fights at heavyweight, beating Chazz Witherspoon and Derek Chisora, against whom his victory made him the WBO’s mandatory challenger.

The 34-year-old became a world champion at cruiserweight after just 10 fights and defeated Murat Gassiev to reign as the undisputed champion five bouts and less than two years later.

Usyk boasts incredible experience with 350 amateur fights to his name and won gold in heavyweight boxing at the 2012 London Olympics.

But jumping up to heavyweight at professional level and facing Joshua in his third fight will likely prove to be the toughest test of his long career.

JUST IN: Anthony Joshua opens up on life post-boxing before Oleksandr Usyk bout 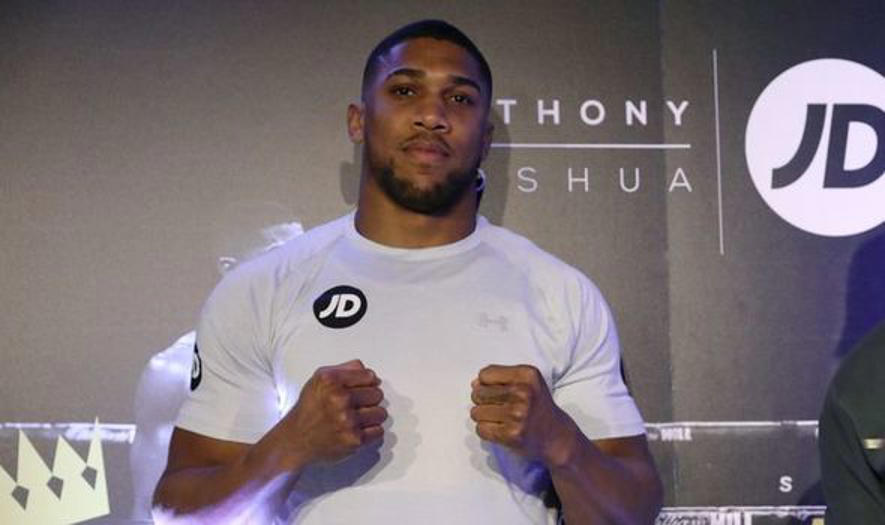 Joshua has name-dropped Evander Holyfield, who also made the jump up to heavyweight from cruiserweight.

Holyfield triumphed over Buster Douglas in 1990 to become a heavyweight world champion but fought thrice as many competitors before his title shot as Usyk has.

Despite the Ukrainian’s experience at amateur level, Joshua has credited his decision to try and conquer the division early doors.

“The difference is when, say, Evander Holyfield came up to heavyweight, I think he had six fights at heavyweight before he fought for the championship belt. That was against Buster Douglas.

“Usyk’s fought two heavyweights. He’s obviously had the experience of fighting at heavyweight in the World Series of Boxing when he was an amateur, but he’s jumping in at the deep end early on.

“But good luck to him. He must believe in himself. He wants to be at the top end early.

“It’s better to swim deep – to get in there and get on with it – rather than tread water.

“You could still end up drowning anyway. You could still get caught in a current and drown. You might as well jump in the deep end and try to survive.” 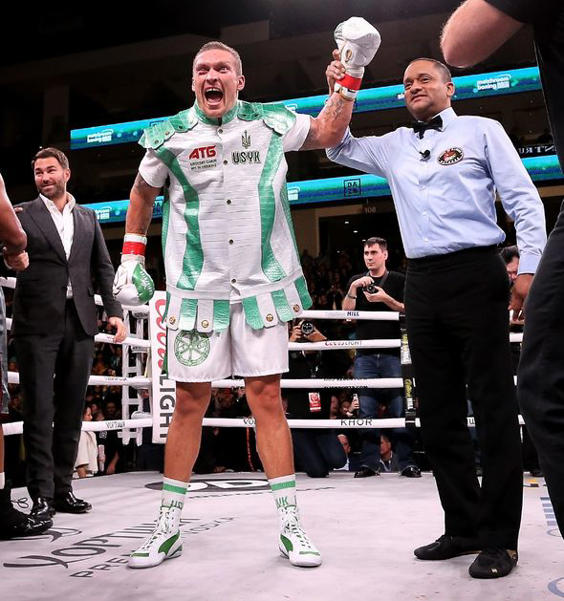 Despite Usyk’s success at heavyweight so far, Joshua insists the Ukrainian veteran is entering his domain on Saturday.

“The two intros at heavyweight for him were good opponents to pick, credit to him.

“But this is heavyweight boxing and I’m the heavyweight champion of the world. I don’t play games. I’m here to win.”

Camilla's stark warning to the young about osteoporosis

What to expect from Sunak's £20 billion Budget

Video: 'If I see you with another girl I'll kill her': Strictly's Adam Peaty's girlfriend Eirianedd Munro 'issues a stark warning after being left humiliated by his near-kiss with Katya Jones'

A senior US diplomat has urged North Korea to refrain from additional missile tests and resume nuclear diplomacy between the countries, days after the North fired off its first underwater-launched ... Read more »

Remains believed to be those of 5-year-old Elijah Lewis were found by a cadaver dog in Ames Nowell State Park in Abington on Saturday morningNew Hampshire State Police said that investigators were contacted with 'credible' information that led them to search in the area Elijah's mother Danielle Dauphinais, 35, and  her boyfriend, Joseph Stapf, 30, were arrested in the Bronx in connection with Elijah's disappearance Dauphinais and Stapf were charged with child endangerment and witness tampering over the disappearance of Elijah LewisOn Monday, the two were pictured handcuffed before being extradited to New Hampshire The couple allegedly told others to lie about their son and where he was living, knowing that Child Protective Services were searching for the boy The New Hampshire Division for Children, Youth and Families reported him missing on Oct 14- he hadn't been seen by family or friends in six months   Read more »

Dannii Minogue, 50, says she's never been tempted to lie about her age

© Provided by Daily Mail MailOnline logo Dannii Minogue rang in her 50th birthday last Wednesday. And the singer and actress has shared some wise words of advice about ageing ... Read more »

Scarborough woman urges others to take on charity walking challenge

A woman from Scarborough, who is taking on a charity walking challenge, is urging others to do their bit to raise money and awareness. © Credits: © Jane Kemp-Buglass composite ... Read more »

As temperatures drop, many homes across the UK will be thinking about switching the heating on. But is it cheaper to leave your heating on low all day, or only ... Read more »

It’s 1.45pm on Thursday and it’s quiet inside Balmoral Stadium. Paul Hartley is alone in the manager’s office, working on set-piece drills ahead of Clyde’s visit yesterday. Apart from him, ... Read more »

Lewis Hamilton may be the greatest driver in Formula 1 history but the Brit will still have four records held by Michael Schumacher to claim for himself even if he ... Read more »

The staging of the final novel in Hilary Mantel’s Wolf Hall trilogy has, arguably, been the flagship theatrical event as the West End re-opens after lockdown. One critic described The ... Read more »

1,000 Years of Joys and Sorrows by Ai Weiwei review – a life of dissent

In 1957, the year of Ai Weiwei’s birth, China’s leader, Chairman Mao, launched the Anti-Rightist Campaign, a purge of intellectuals whose work was deemed critical of the state. By the ... Read more »

George Johnston was forced off at half-time of Bolton Wanderers’ draw against Gillingham with a knee problem which the Whites are still to properly assess. The Wanderers central defender was ... Read more »

Eddie Rosario was not a playoff novice heading into the 2021 postseason. He experienced October baseball with the Twins in 2017, 2019 and 2020. But he played in just six games ... Read more »

The Dodgers’ season is over, short of the goal of repeating as World Series champions. They walked the playoff tightrope as well as any team could have, claiming a winner-take-all ... Read more »

There go your Christmas gifts! Cargo ship catches fire after dozens of shipping containers fell off during 'bomb cyclone' in Canadian waters

About 40 shipping containers fell from vessel off Vancouver on FridayThen fire broke out among damaged containers that remained on boardUS Coast Guard is tracking 35 lost containers floating in the PacificTwo of the lost containers are carrying dangerous spontaneous combustiblesCrew have been advised to abandon ship; fire cannot be fought with water  Read more »

No room for error - or draws - as Mamelodi Sundowns, Orlando Pirates step out into Africa

© Provided by Independent Online (IOL) Cape Town – Mamelodi Sundowns and Orlando Pirates will step out into Africa to secure places in the next round of the two continental ... Read more »

Dannii Minogue, 50, reveals the secret to her youthful looks after stopping Botox in 2010 and describes growing old as 'a privilege'

Will The Project get the axe? Channel 10's flagship show is underperforming with a star panel that is costing the network a fortune... and the US company that bought the station is NOT happy

The five areas in Merseyside with the most affordable house prices

Man City are achieving what Pep Guardiola worried was impossible

Barcelona player salaries 2021/22: Who are the top earners now Lionel Messi has left?