Anthony Joshua appears to have confirmed the age he will retire at after an illustrious boxing career while setting a five-year deadline for his bout with Tyson Fury to happen at the same time.

Joshua turns 32 next month, having only lost one fight in his professional career to Andy Ruiz Jr back in June 2019.

He regained his IBF, WBO and IBO heavyweight titles against the American six months later, and retained them in nine rounds against Kubrat Pulev in December 2020.

This Saturday he comes up against a much different opponent in Oleksandr Usyk with the Ukrainian having not lost a fight in his entire career, boasting a record of 18-0.

If he advances past Usyk, talks will ramp up for Joshua to finally fight Fury, who has made no secret of his desire to take AJ into the boxing ring in recent interviews. 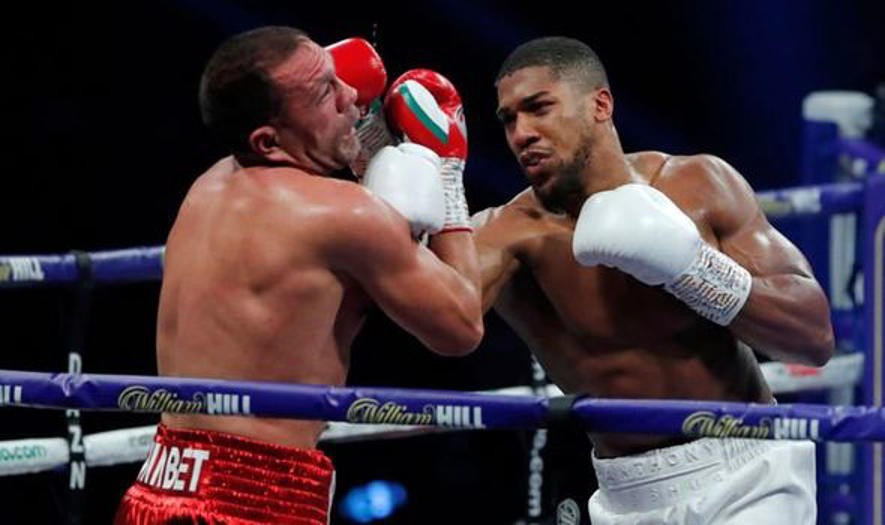 “Manny Pacquiao went a bit further. 40 seems like the age where they’re like, ‘Okay, you’ve done this for a long time now, champ’.

“36 to 40 is when I start making decisions in terms of what I do with my career. I turn 32 in October so I’ve still got some good years ahead of me.”

Joshua faces Usyk at the Tottenham Hotspur Stadium in front of a sold-out crowd in north London.

And Fury will partake in a fight of his own just two weeks later as he takes on Deontay Wilder for a third time.

Wilder has slated Fury in the press, stating that he is one of the biggest cheats in boxing. 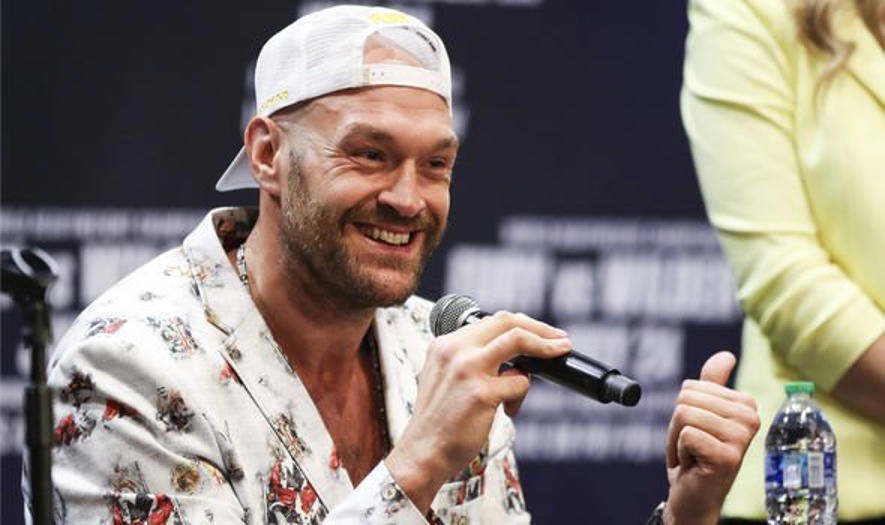 “Look at Tyson Fury‘s rap sheet, he’s one of the biggest cheats in boxing, but do you ever hear about it? They don’t care,” he told 78SPORTSTV.

“When it’s all said and done, all over for me, I can look myself in the face, in the mirror and say, ‘I did it the right way.’

Eoin Morgan has revealed England will take the knee alongside the West Indies before both sides get their T20 World Cup campaign under way on Saturday. The teams conducted the ... Read more »

Covid cases are rising again. Has Boris Johnson learnt from his mistakes?

Boris Johnson has previously been criticised for responding too slowly to scientific advice during the pandemic (Reuters) To say that Boris Johnson has enough on his plate after his brief ... Read more »

Photo credit: ITV Perri Kiely has revealed the one reason he wouldn't be keen to join I'm A Celebrity… Get Me Out Of Here. The Diversity dancer took part in ... Read more »

Eoin Morgan: I will drop myself if it helps England win World Cup

It's Important to Keep an Eye on Pablo Escobar's Hippopotami

© Eric VANDEVILLE – Getty Images No, no, Claudia, no. The hippo is not a pet. We here at the shebeen have been keeping an eye on the saga of ... Read more »

Monday’s deadline for NBA teams to come to an agreement on rookie contract extensions with their 2018 first-rounders came and went without the Suns and center Deandre Ayton reaching a ... Read more »

Warriors fans will have to wait just a little bit longer before the highly anticipated reunion of Golden State’s “Big Three.” Five-time All-Star Klay Thompson is expected to play this ... Read more »

TOMMY FURY has been backed by dad John to 'smash' Jake and Logan Paul but said the YouTubers are 'not going to want it'. Fury, brother to heavyweight champion Tyson, ... Read more »

It wasn’t exactly a banner week for the Oregon Ducks’ football program, and that extended into the alumni base as well. © Provided by Ducks Wire Looking at Ducks in ... Read more »

As the recruitment video/video promo for All Elite Wrestling’s loveable loser Dark Order stable goes, “before you can find yourself, you must lose yourself.” The Chicago Blackhawks have certainly lost ... Read more »

Tyson Fury has shared pictures of his remarkable weight transformation, joking that a ‘fat man’ is the epitome of peak male athletic performance. The 33-year-old has been on an incredible ... Read more »

Anthony Joshua has been urged to emulate Tyson Fury for his rematch against Oleksandr Usyk by his close friend Lawrence Okolie. AJ suffered a unanimous points defeat to Usyk last ... Read more »

© Provided by The South African Bafana Bafana and Royal AM striker Victor Letsoalo’s signature is currently being targeted by both Kaizer Chiefs and Orlando Pirates so how much will ... Read more »

PV Sindhu gets off to a flying start at Denmark Open

© Provided by Khaleej Times PV Sindhu gets off to a flying start at Denmark Open India shuttler PV Sindhu won her opening match at the Denmark Open on Tuesday. ... Read more »

© Provided by Khaleej Times Abu Dhabi T10: 32 players feature in T20 World Cup As many as 32 players, who have been drafted in the Abu Dhabi T10 franchises ... Read more »

Some homeowners with larger period properties could struggle to find a cheap mortgage and see the value of their house cut amid the drive to make the housing stock greener, ... Read more »

© Provided by Daily Mail MailOnline logo Even now it still feels like it played out in slow motion.   The ball popping loose to Lucas Moura on the edge of ... Read more »

It’s with regret that inform you all that former titleholder Moises Fuentes (25-7-1, 14 KOs) was forced to undergo emergency brain surgery stemming from his knockout loss to David Cuellar ... Read more »

© Provided by Football League World Wayne rooney n Derby battled to earn a point at Deepdale at the weekend and they’ll want to continue adding more points to their ... Read more »

In recent days, we have been counting down our top 50 players of the 2021 Super League season. As part of the voting process, we asked players, coaches, pundits and ... Read more »

A second man has appeared in court charged with murder, following the death of a man whose charred remains were found at the site of a fire in a Glasgow ... Read more »

Anna Sorokin: ‘Fake Heiress' detained by ICE for seven months because she ‘overstayed her visa'

Portsmouth v Ipswich Town: Latest team news, Is there a live stream? What time is kick-off?

The Whiteboard: Meta themes that will define the 2021-22 NBA season