This Day In Weather History is a daily podcast by Chris Mei from The Weather Network, featuring stories about people, communities and events and how weather impacted them.

You know how the saying goes, “if you get struck by a meteorite, go buy a lottery ticket.” Made up quotes aside, on November 30, 1954, Ann Hodges became the first person to get hit by a meteorite.

Let’s paint the picture. You’re at home, lying on your couch and enjoying an afternoon nap. You’re covered with quilts. Essentially the most quaint scene. Suddenly, a meteorite comes crashing through your roof, pinballs off of your radio and onto your hip.

Now, let’s look at the picture: 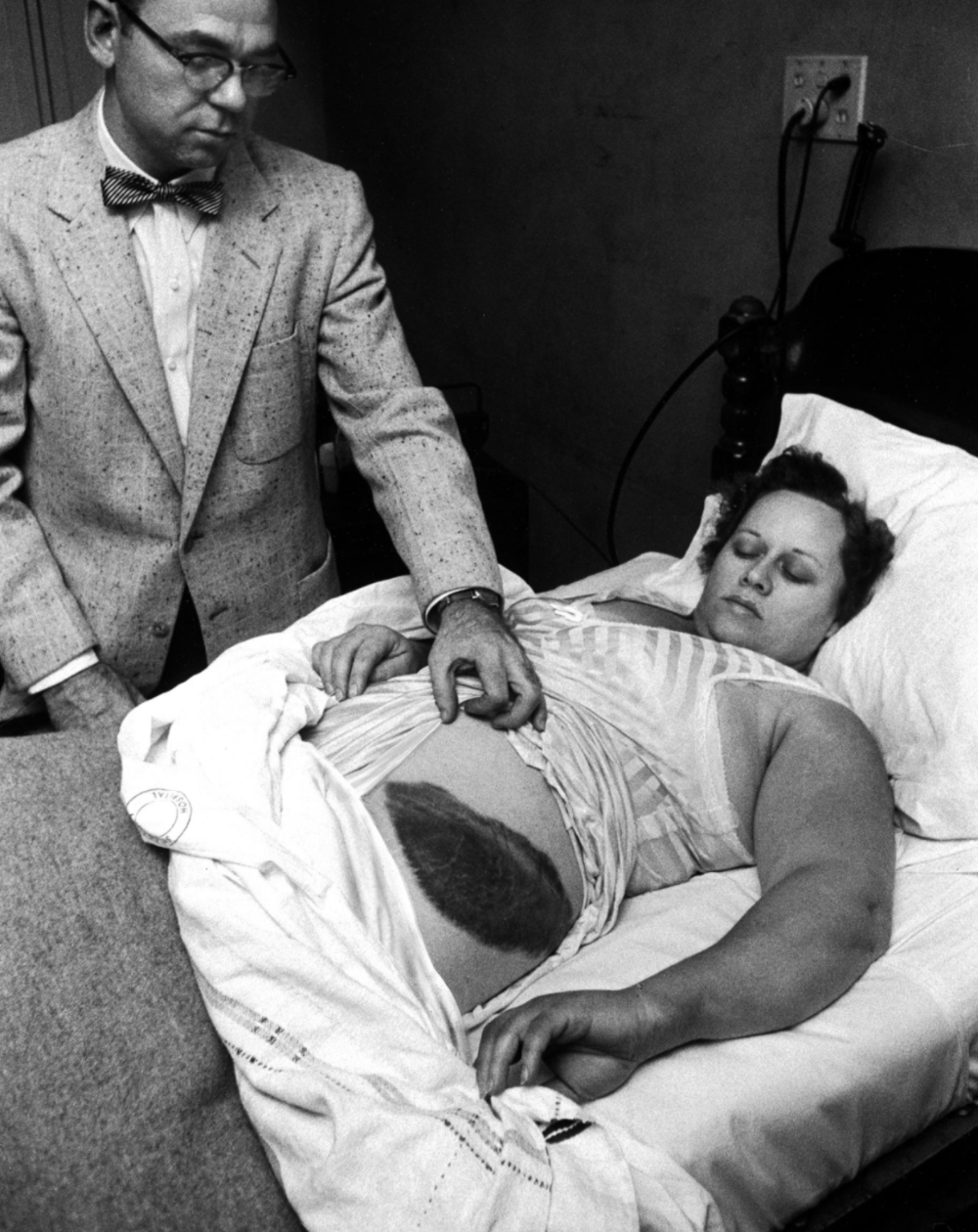 That is exactly what happened to Ann Hodges. Hodges was lying on her couch in Sylacauga, Alabama and was woken up by a fallen piece of space.

The meteorite was comprised of sulphide, it weighed 8.5 pounds, and was seven inches long.

Though Hodges guard was definitely down, people in Sylacauga and areas across eastern Alabama were looking upward and seeing all sorts of stuff.

One person is quoted seeing “a bright reddish light like a Roman candle trailing smoke,” While others reported, “a fireball, like a gigantic welding arc, accompanied by tremendous explosions and a brown cloud.”

It was 1954, so Cold War paranoia had some people thinking it was “The Russians”. And then you of course have the group of people who assume UFO.

With all of the theories spreading, the Sylacauga police chief decided to confiscate the rock and gave it to the Air Force. The Air Force confirmed that it was indeed a meteorite.

So now who would get to keep the sulfidic rock? On one hand, it landed on Hodges. But on the other hand, according to Hodges’ landlord Birdie, it landed through her ceiling. 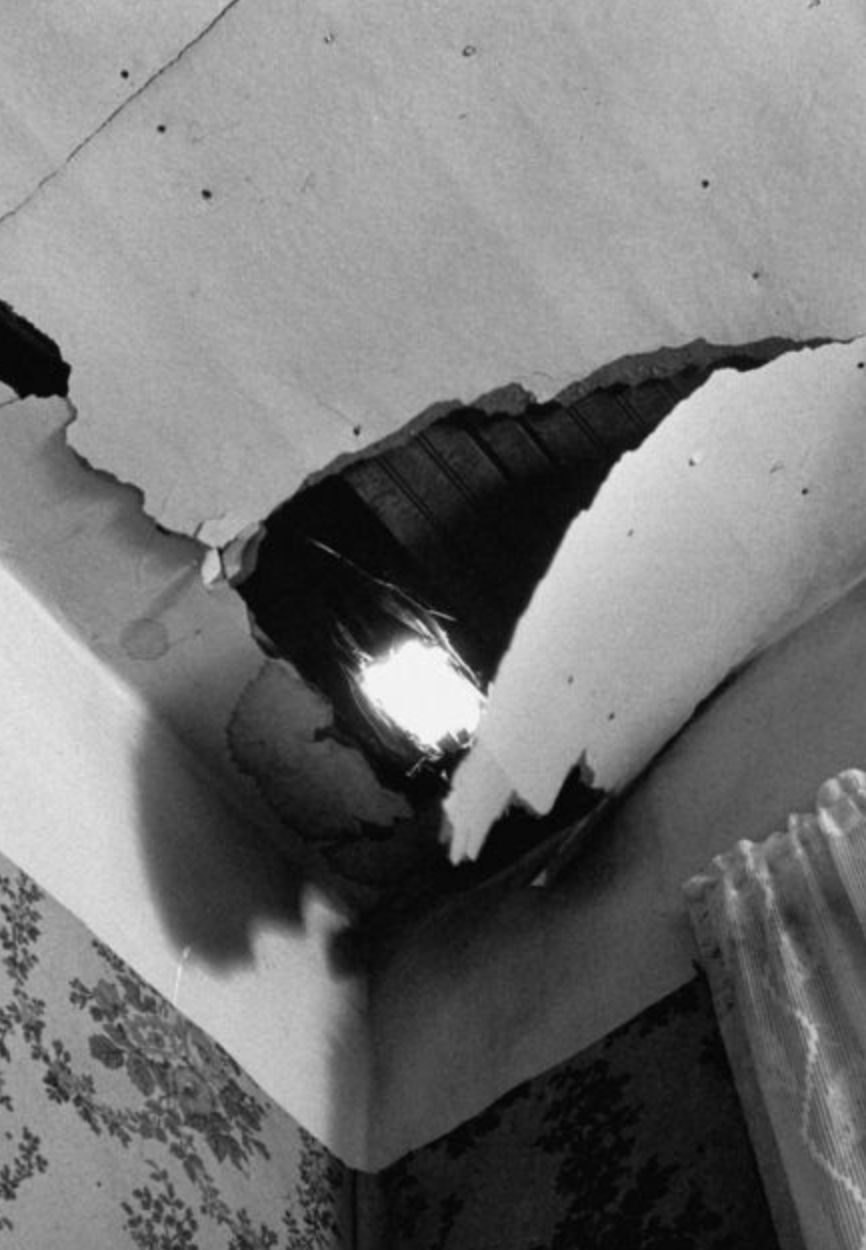 To hear more about this statistically wild occurrence, listen to today’s episode of “This Day In Weather History“.

This cat’s as big as a dog — and sweet as a baby. A Maine Coone from Stary Oskol in eastern Russia is thought to be the world’s largest kitten ... Read more »

SMOKING has long been pinned as an unattractive, unhealthy trait but for one chimp it was a habit forced upon her for the sake of amusing zoo guests. Chain-smoking chimp ... Read more »

I called cops 29 times over my disabled boy, 13 – he died tragically because we weren't given vital support

EVERY week, Patricia Alban-Stanley sits on the terrace of her local Wetherspoons, next to a memorial tree for her son Sammy, and orders a lime soda.  It was their tradition, ... Read more »

JAMAICA will have a four-man bobsleigh team at the Winter Olympics for the first time since 1998. The Caribbean island will be represented by a four-man team at the 2022 ... Read more »

© Provided by Independent Online (IOL) Durban — Amidst their recent controversies, Kaizer Chiefs have something to celebrate after midfielder Nkosingiphile Ngcobo was rewarded for the goal of the month ... Read more »

Given South Africa’s poor record on implementing the advice of commissions, the buy-in and support of business and civil society is essential. © Copyright (c) Daily Maverick , All Rights ... Read more »

As they take stock of the Omicron variant, scientists say it is not enough to rely on vaccines and booster shots. They need to be combined with common sense and ... Read more »

Tottenham manager Antonio Conte has rejected reports that Tanguy Ndombele training on his own has anything to with his future at the club. The French midfielder, Spurs’ club-record signing, has ... Read more »

Switzerland unveiled its 25-man roster that will head to Beijing to compete in the 2022 Winter Olympics next month. © Provided by The Hockey News David E. Klutho-USA TODAY Sports ... Read more »

© Jeff McIntosh/The Canadian Press Canada’s Natalie Spooner celebrates with the trophy after defeating the United States at the IIHF Women’s World Championship in Calgary in August 2021. On the ... Read more »

MOGADISHU, Somalia — At least four people were killed and 10 others wounded in Somalia’s capital when a man in an explosive vest detonated at a teashop opposite a Somali ... Read more »

© Provided by The Guardian Photograph: Patrick Wymore/Hulu One’s enjoyment of How I Met Your Father, Hulu’s 10-episode standalone sequel of the popular sitcom How I Met Your Mother, will ... Read more »

Dublin Fixer-Uppers: 5 of the best property projects to get stuck into

This week’s selection of fixer-uppers for the adventurous house buyer includes a charming red-brick terrace in an up-and-coming area, a spacious suburban semi and a fantastic investment opportunity… 44 Sarsfield ... Read more »

Daniel Radcliffe is set to take on the role of musician ‘Weird Al’ Yankovic in an upcoming biopic documenting his rise to stardom. The Harry Potter star, 32, will play ... Read more »

Alexandra Breckenridge is best known for starring as Melinda Monroe in beloved drama series, Virgin River – but the actress has been a recognisable face on TV for a number ... Read more »

She’s a world-famous athlete with a host of major titles under her belt. And Serena Williams taught her four-year-old daughter Alexis Olympia Ohanian, Jr. the perfect form as she expertly ... Read more »

Transfer Talk: What does the future hold for Martial?