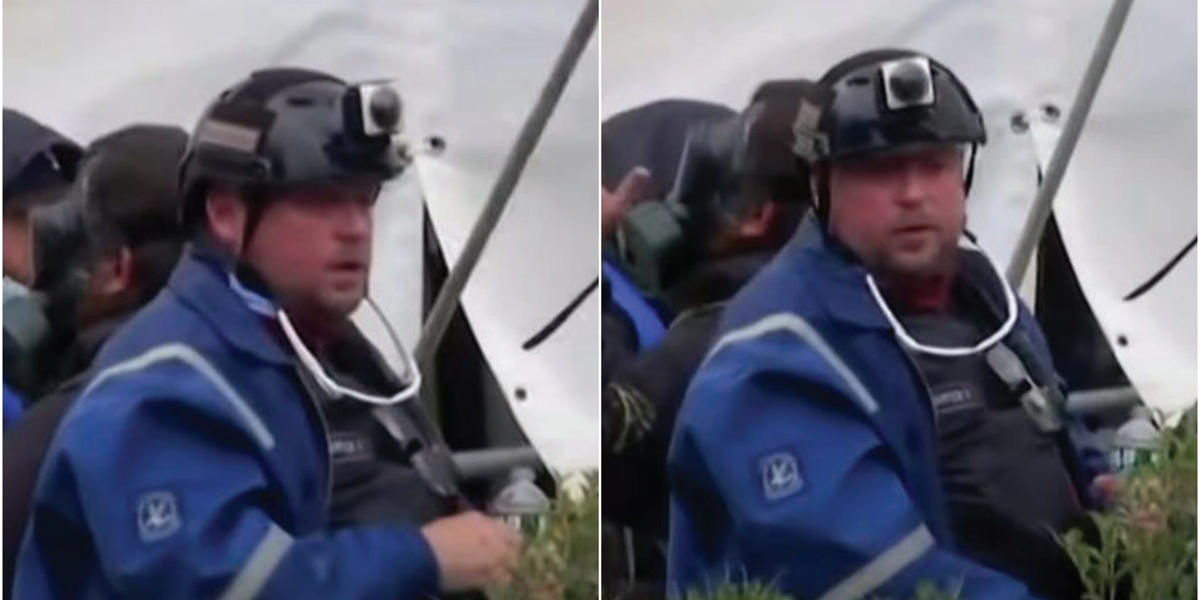 A man accused of taking part in the January 6 Capitol riot faces the charge of threatening to harm his children if they shared information about him, prosecutors said.

Guy Reffitt of Wylie, Texas, has been charged with taking part in the riot and faces five federal charges, including bringing guns to the Capitol, Reuters reported.

The charges also include using physical force and the threat of physical force against his teenage son and daughter if they gave information to authorities, federal investigators said, according to Reuters.

Prosecutors have subpoenaed Reffitt’s son, daughter, and wife, Reuters reported. They have already spoken to investigators despite the alleged threats. His daughter has testified against him in court, and his son said he reported him to the FBI. These actions are how investigators learned about the alleged threats.

In January, Reffitt’s son, Jackson, told investigators that Reffitt told him that if he reported his to the police, Reffitt would “do what he had to do,” court documents said. The son interpreted this as a threat, the documents said.

The affidavit said that Reffitt also threatened his daughter while she was using her phone to talk to her friends.

He told her that if she recorded him or put anything about him on social media, she would have “crossed the line, betrayed the family,” and he would “put a bullet through” her phone, the affidavit said.

The two children then told their mother about what their father. She then confronted him, where he said to her that if his children turned him in they would be traitors and “traitors get shot,” the court documents said.

Reffitt never entered the Capitol building during the riot, but is accused of charging police officers outside, Reuters noted.

Reffitt was arrested in January and is currently awaiting trial in a Washington jail, according to Reuters.

Five people died in the riot, including a Capitol Police officer.

© Provided by CNBCTV18 The Mahindra Group has inked a partnership with Jio-BP — a joint venture of Reliance Industries and BP of the UK — to explore EV and ... Read more »

Odisha police constable result 2021: Odisha Police Recruitment Board has declared the results of written examination for the post of constable (Communication). Candidates, who appeared for the examination, can check ... Read more »

Conditions at the D.C. jail have been facing scrutiny for months. Why it matters: The jail has long been the target of local criticism, but it has become a lightning ... Read more »

Prime Minister Boris Johnson said introducing new coronavirus restrictions is a “proportionate and responsible” reaction to the spread of the Omicron variant. – What is in Plan B? England’s new ... Read more »

Columbus city leaders are asking for the public's help in solving a deadly shooting that left three people dead Tuesday evening, including two young siblings. Stay on top of the ... Read more »

MUMBAI: Who knew all that ITC needed to do to lift the spirits of millions of its retail investors was just meet the analysts. The company’s announcement that it will ... Read more »

The Prime Minister and his wife Carrie Johnson have announced the birth of their second child, a baby girl. © PA Boris Johnson and Carrie Johnson got married in May ... Read more »

The best Christmas content streaming this year. (Disney/Netflix/Disney) You'll never be stuck for something to watch this Christmas, with a huge range of festive TV and films at your fingertips. ... Read more »

A photo which appears to show Ghislaine Maxwell and paedophile Jeffrey Epstein relaxing at a log cabin on the Queen’s Balmoral estate has been released as part of the socialite’s ... Read more »

The Conservatives have been fined £17,800 for failing to declare a donation of more than £50,000 from a Tory peer to cover the redecoration of Boris Johnson’s Downing Street flat, ... Read more »

© Bang Showbiz Olivia Colman thinks she could be a dog walker Olivia Colman’s dog has been diagnosed with diabetes. The 47-year-old actress has revealed her pet pooch Alfred Lord ... Read more »

© PA Images Cesar-Azpilicueta-Chelsea Cesar Azpilicueta has urged Chelsea to atone for falling off the top of the Premier League and finishing second in their Champions League group. The European ... Read more »

Soccer-Tedesco takes over as Leipzig coach until 2023

Mikel Arteta could well be on the lookout for a new striker in the upcoming January transfer window. Arteta forked out around £149million on various talent in the summer, but ... Read more »

Tommy Fury’s previous opponent Anthony Taylor has suggested that he was forced to withdraw from his planned bout with Jake Paul as a result of his party-boy antics following Tyson ... Read more »

Tottenham Hotspur’s Europa Conference League home game against Rennes on Thursday has been called off due to the number of coronavirus cases in the Spurs squad, the Premier League club ... Read more »

Wood stands out as England tick all the wrong checkboxes

© Provided by Al Jazeera Opposition supporters have taken to the streets to denounce the government’s handling of the security situation [File: Ndiaga Thiam/Reuters] Burkina Faso is facing a political ... Read more »

© Provided by Independent Online (IOL) Zahara fans can hold onto their hats as the award-winning singer is not about to jump on to the amapiano bandwagon. Well, not just ... Read more »

Dlodlo commends whistleblowers: ‘I regard you as heroes'

How will humanity endure the climate crisis? I asked an acclaimed sci-fi writer

Two homes in Huddersfield hit by explosions in 24 hours

Is Jeff Bezos serious about protecting the environment?