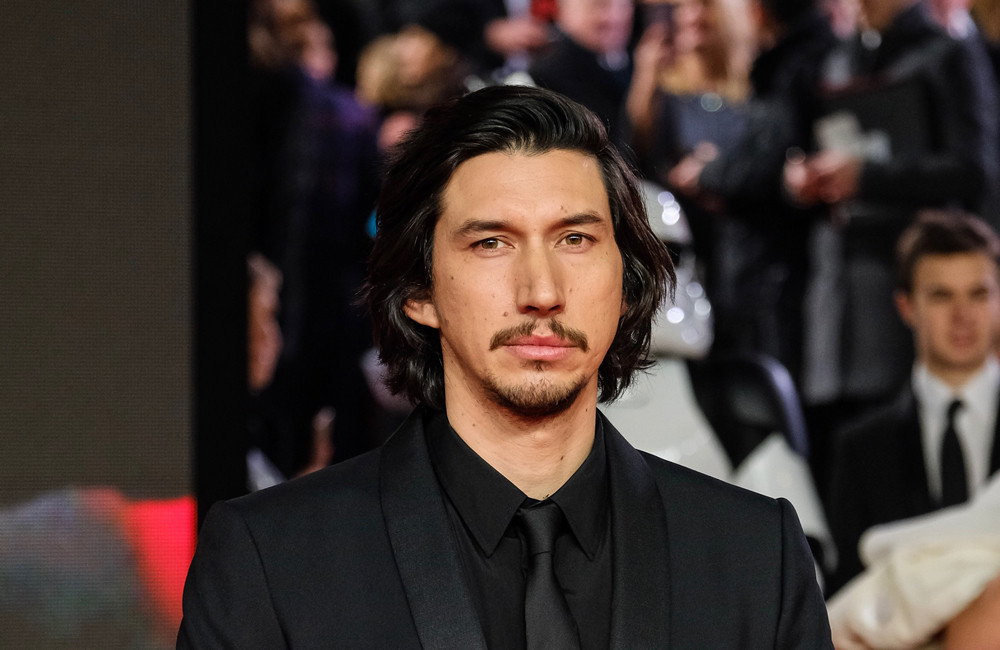 Adam Driver found it “exhausting” trying to “mirror” a horse’s “physicality” for the Burberry Hero campaign.

The ‘House of Gucci’ star – who recently admitted he “needs” to exercise for his “sanity” – started to question what he was doing when he suggested the idea to director Jonathan Glazer for the promo he shot for the iconic British fashion house’s scent.

The minute-long clip released earlier this year sees the ‘Star Wars: The Force Awakens’ actor running into the sea trying to keep up with a stallion, before swimming in the ocean and riding the animal – all while topless.

And he quipped: “I had a conversation with Jonathan about the images and this idea of mirroring a horse’s physicality which, in my face, is fine. But in my body seemed really ambitious.”

The ‘Girls’ star continued: “I started training pretty soon after that, to get in shape and to try to be as sinewy as a horse, which is exhausting and interesting, and definitely peppered with moments of ‘what the hell am I doing?’”

The 38-year-old star admitted it was pretty “nerve-wracking” working in such close proximity to a horse and he doesn’t want to do it again.

He added to AnOther Magazine: “They’re big and they’re primadonnas.

“It’s nerve-racking when you’re treading water in the ocean and they pull this horse out, and he turns around and just stares you down with his mouth open. Having to [swim with him], latch on and ride him to shore is definitely something I don’t think I’ll repeat in my life.”

Rabbi credits security training for life-saving acts at US synagogue

Trans activists will not be charged for sharing J.K. Rowling's address on Twitter

How baseball's analytics movement affects the 2022 Hall of Fame vote

The 2022 Baseball Hall of Fame writers’ ballot might very well be the most fascinating and polarizing such referendum in the museum’s history. This week, ahead of the results being ... Read more »

Do you know flags better than Simon Cowell? Take our test to find out

FOR flag’s sake, Simon! We revealed yesterday how Simon Cowell failed to recognise the English flag at Britain’s Got Talent auditions – and was rightly mocked by fellow judge David ... Read more »

Members of the Manchester United hierarchy had doubts over whether Ralf Rangnick was the right man to move into the Old Trafford hot seat before he was even appointed, according ... Read more »

Ralf Rangnick is convinced Paul Pogba will act professionally until the end of this season, when the Manchester United midfielder is able to walk away from the club for free. ... Read more »

By Fergal Smith © Reuters/Mark Blinch FILE PHOTO: A Canadian dollar coin, commonly known as the “Loonie”, is pictured in this illustration picture taken in Toronto TORONTO (Reuters) – The ... Read more »

With new COVID-19 recommendations being released what feels like almost every day, making decisions about how and when to mask up can be confusing. Inside, or outside? Even if you’re ... Read more »

Reps. Jim Langevin (D-RI) and Jerry McNerney (D-Calif.) announced Tuesday that they will not seek reelection in November, becoming the 27th and 28th House Democrats who will not be back ... Read more »

A coalition of media groups has said restrictions on access to the federal civil rights trial of three former Minneapolis police officers charged in George Floyd’s death would amount to ... Read more »

Adapt-IT: Ready to take private flight into mergers and acquisitions

The analysts at Tifo Football have suggested that Leeds United should pursue Oihan Sancet during the January transfer window. One of Leeds’ big problems this season has been their failure ... Read more »

AT&T and Verizon said Tuesday they would alter their planned rollout of 5G service to avoid airports after US airline CEOs warned the deployment could have “catastrophic” consequences for travel. ... Read more »

© Provided by Dot Esports The LCK brought the thunder during the first week of the 2022 season, with upsets and nail-biting matches throughout the league. Taking into account the ... Read more »

© Provided by GamePur The Pokémon franchise set a new sales milestone in 2021 by reaching its highest annual total dollar sales amount since 2000, according to NPD analyst Mat ... Read more »

A physical copy of Pokémon Legends: Arceus in the wild 10 days ahead of release, leaks likely not far behind

© Provided by GamePur Pokémon Legends: Arceus is due to release to the Nintendo Switch on January 28. However, well ahead of the release, an early physical copy of the ... Read more »

Nemanja Vidić FIFA 22: How to Complete the Prime Icon SBC

Nemanja Vidić was leaked to be added as a Prime Icon SBC to FIFA 22 over the last 24 hours, and today EA Sports revealed two new Icon SBCs in ... Read more »

Copies of Pokémon Legends: Arceus have reportedly been spotted in the wild, leaks likely to follow

© Provided by Dot Esports Pokémon Legends: Arceus isn’t officially releasing for the Nintendo Switch until Jan. 28. But it appears that at least one physical copy of the game ... Read more »

WINTERWATCH viewers were sent wild after host Michaela Strachan and Chris Packham made some VERY rude innuendos as BBC show returned tonight. Fans of the show were in hysterics after ... Read more »

I cried when I could finally read my daughter's letters after learning aged 51, says Repair Shop star Jay Blades

LIKE millions of dads in the pandemic, TV star Jay Blades sat down to read his child a bedtime story over Zoom. But the book was for toddlers, not a ... Read more »

If you purchase an independently reviewed product or service through a link on our website, SheKnows may receive an affiliate commission. If you’ve ever wondered what it’s like to have ... Read more »

Valentine’s Day is quickly approaching, and it can be pretty intimidating to find the best Valentine’s Day gift for the person you love. While finding the right gift can be ... Read more »

Dancing on Ice 2022: Bez ‘could die' if he falls over warns fiancee as star to MISS live show after positive Covid test

HAPPY Mondays legend Bez has announced he has tested positive for Covid-19 the day after making his Dancing On Ice debut. The 57-year-old has said he is “gutted” that he ... Read more »

Pandemic is 'nowhere near over', World Health Organization warns

The World Health Organization chief warned on Tuesday that the pandemic is “nowhere near over”, adding that new variants are likely to continue emerging after Omicron. “This pandemic is nowhere ... Read more »

© Independent Breaking News A suspect in connection to the murder of Diamond Alvarez, 16, who was shot 22 times while walking her dog, has been arrested by the Houston ... Read more »

‘He died a hero': Man jumps into frozen pond trying to save 10-year-old girl who fell through the ice

© Facebook @AmandaBeals Family.jpg A man who jumped into a frozen pond has died while the 10-year-old granddaughter he tried to rescue is fighting for her life. Ma’Lyiah White fell ... Read more »