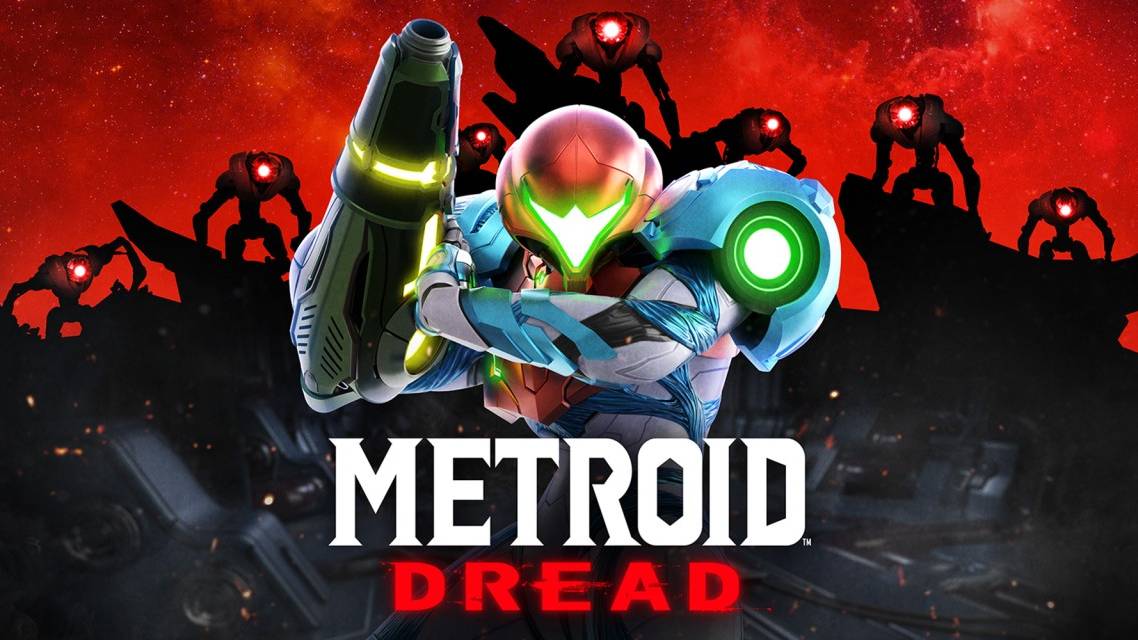 Nintendo has released a free demo for Metroid Dread, which is available to download now from the Nintendo Switch eShop. The demo is available in all regions, so everyone can try it out.

It’s great to see such a high-profile game like Metroid Dread get a demo, as more players can see if it’s worth the $60/£49.99/AU$$79.95 asking price before making a purchase.

It also serves as a nice early Halloween treat for those looking for a few minutes of entertainment on their Switch. If you own a Nintendo Switch OLED, Metroid Dread is also a fine showcase for the system’s new display, thanks to its inky blacks and colorful sci-fi setting.

While the free demo is a no-brainer (if you’ve got the space on your Switch), there are some things to consider before you buy the full game.

However, he found the structure of the game too familiar for series’ veterans, and noted that “those who are tired of retreading familiar ground, temper your expectations accordingly.”

It’s great to see Nintendo continue to release demos for its big-name titles; so far we’ve seen demos for Monster Hunter Rise, Pikmin 3, and Bravely Default 2 to name but a few.

While demos are not as common on PS5 and Xbox Series X, Sony has begun to provide demos/free trials for its acclaimed PS5 titles, with six-hour trials of Death Stranding: Director’s Cut and Sackboy: A Big Adventure for those in the UK. The catch is, though, that the trial timer starts counting down as soon as you begin downloading the game.

Demos of games are always welcomed as a consumer-friendly practice, letting gamers try before they buy it (especially as full-price games are available as a download anyway, and there’s an easy mechanism of delivery). It’s also a great way for gamers to discover other genres of games they wouldn’t normally buy.

Scientists developing 'exercise' in a pill

Earth's water may have come from the Sun, new research finds

Some MacBook Pro owners are complaining about MagSafe 3 charging, here's why

Both Sony and Marvel are planning a second Tom Holland-led Spider-Man trilogy after No Way Home, Sony producer Amy Pascal has confirmed. Speaking to Fandango in a recent interview, Pascal ... Read more »

Halo Infinite will now reward players with significantly more XP for completing the first six matches of each day, which should make progressing through the game’s Battle Pass a lot ... Read more »

Image: The CMA has instructed Facebook to sell Giphy Facebook’s owner Meta has been instructed to sell the GIF library Giphy after an investigation found its takeover deal “could harm ... Read more »

All-in-one Cryptocurrency Platforms Both For Newbies and Professionals

Xiaomi's new cheap Redmi phone is here and it's... exactly the same as the last one

There’s a new Xiaomi phone on the block – well, on the globe, though you won’t be able to buy it any time soon. The Redmi Note 11T just landed: ... Read more »

The Samsung Galaxy S22 phones are going to be heading our way early in 2022, and we just got some new information about what to expect from the camera setup ... Read more »

‘Cyberpunk 2077' is not coming to Xbox Game Pass soon, but CD Projekt doesn't dismiss its possibility

Best Q&A and polling platforms of 2021

The best Question & Answer and polling platforms make it simple and easy to gather real-time analytics and actionable insights from our customers. When running an event, a team meeting ... Read more »

NEW DELHI: Moto g31 is now official. Lenovo-owned Motorola has expanded its smartphone lineup with the launch of its latest mid-range smartphone — Moto g31 in the country. The smartphone ... Read more »

Follow our restock tracker blog for all the latest updates (iStock/The Independent) The Series X is now over 12 months old and the next-generation console has been breaking sales records ... Read more »

Honor 50 | Photo credit: HONOR / YouTube screenshot The Honor 60 series is still hours away from getting launched, but its technical specifications and design details have already leaked. ... Read more »

Huawei was one of the early companies to introduce a foldable smartphone for the general public when it revealed two such devices — Huawei Mate X and Mate Xs. The ... Read more »

Piers Corbyn‘s political party have filmed an anti-mask song on the London underground about keeping a fart in your trousers. Mr Corbyn is filmed walking through the train with his ... Read more »

Microsoft has finally introduced the Xbox Stereo headset for the Indian market. Xbox has now made some crucial upgrades in the accessories section as well after enjoying success with the ... Read more »

Douyin, the Chinese version of TikTok, is testing a new business model involving paid short dramas, a departure from the free, user-produced content that has made the short video platform ... Read more »

SINGAPORE – The national SMEs Go Digital programme that encourages companies here to digitalise has attracted 78,000 small and medium-sized enterprises (SMEs) since its 2017 launch, with more than half, ... Read more »

Here's how much Parag Agrawal will earn as CEO of Twitter

China‘s Ministry of Industry and Information Technology (MIIT)called for improved cross-border security management of big data till 2025, in a five-year plan published on Tuesday. The plan, which builds off ... Read more »

Edtech platform Adda247 on Tuesday said it has raised around USD 20 million (about Rs 150 crore) in a funding round led by WestBridge Capital. The Series B funding round ... Read more »

Many players want an option to disable crossplay Halo Infinite has become the latest game to fall victim to an influx of hackers and cheaters, that are ruining online competitive ... Read more »

Apple Store gift cards can be purchased via Amazon in India. The iPhone maker is offering App Store gift cards in various denominations via the e-tailer’s site. The price of ... Read more »

Some Cyber Monday graphics card deals still remain even with the big day nearly done. The good news is that if you held off on shopping until now, you didn’t ... Read more »

Oppo Reno5 | Photo credit: Anh Nhat / Unsplash More companies are expected to introduce their take on foldable smartphone technology within the next year, and Oppo is likely to be one of ... Read more »

(Image Courtesy: Google) Google has announced its annual list of the best apps on Android’s Play Store for 2021. The list is curated based on India’s top app as voted ... Read more »

FIFA is going to use technology to track footballers' limbs, here's why

Zoom adding this useful feature for Windows and MacOS users

COVID: will the UK vaccinate children under 12?

Give Netflix your phone number to REALLY secure your account

A powerful and underappreciated ally in the climate crisis? Fungi

Do lateral flow tests detect the Omicron variant? What we know so far

Why sustainability and digitization go hand in hand