A British microchip company is building a new factory in the North East to produce flexible processors intended to power the next phase of the internet.

PragmatIC Semiconductor, which is based in Cambridge, has raised $80m (£58m) from investors including chip designer Arm for a new plant in County Durham that will create more than 100 jobs.

The facility will be used to help develop flexible integrated circuits, chips thinner than a human hair that can be used to add connectivity for tiny monitoring devices such as those which will be installed in Wi-Fi-connected machines and household appliances for the so-called Internet of Things.

Uses include adding digital connectivity to packages by giving them “smart” barcodes, or creating data ­capabilities in medical dressings and clothing.

The cash injection comes from Arm, a Cambridge company that last year agreed to a takeover by US giant Nvidia, as well as investor Cambridge Innovation Capital.

PragmatIC plans to use the funding to grow its workforce from about 120 people to more than 250. It will be the company’s second factory, alongside a site in nearby Sedgefield.

Gallery: Trade secrets big businesses were happy to give away (Lovemoney) 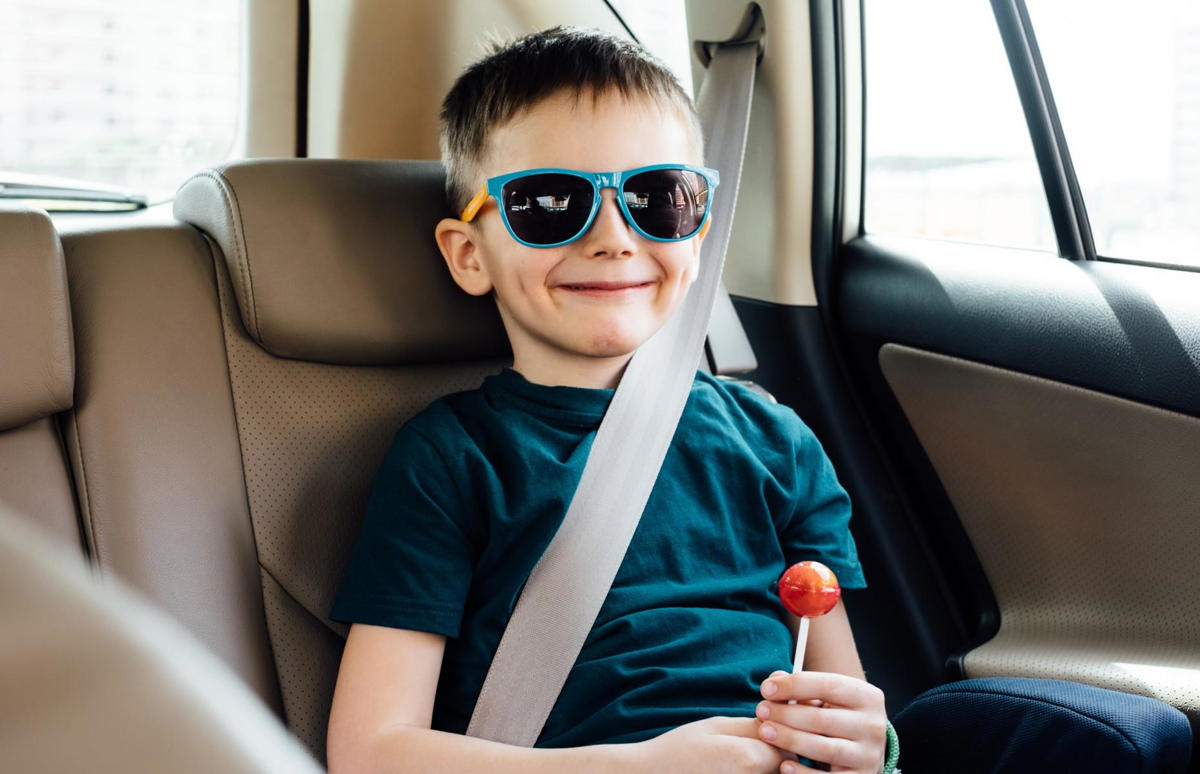 The funding comes amid concerns over global chip supplies. Foundries have struggled to keep up with surging demand from carmakers and consumer electronics companies and have pledged to spend hundreds of billions of pounds on expanding their facilities.

The chip industry is heavily reliant on production facilities in Taiwan and there are calls to diversify so Western countries are more self-reliant.

PragmatIC, however, has been developing a new type of semiconductor that and can be embedded into a malleable surface. It does this using a novel metal oxide which is easier to produce and can be readied within 24 hours.

Scott White, PragmatIC’s chief executive, said: “One of our objectives is to build this as a British technology. Historically, we had a very extensive semiconductor industry, and for a variety of reasons that has reduced. But the UK has a wide expertise base.

“We see an opportunity to build a new semiconductor industry in a globally unique technology.”

William leaves nothing on the table with ping pong skills

Strollout chosen as Macquarie dictionary's 2021 word of the year

JUDITH FEBRUARY: A vaccine mandate is the only thing that makes sense

Return military land under commercial use to government: Pakistan SC

© Provided by The Times of India ISLAMABAD: Pakistan’s Supreme Court on Tuesday said the country’s law does not allow land meant for defence purposes to be used for commercial ... Read more »

A total of 831 new corona infection cases have been registered in Oslo in the last 24 hours. That is 201 more than the same day last week and a ... Read more »

© Provided by Hindustan Times The civic body will prepare a detailed project report for each colony, officials said. (HT archive) The Municipal Corporation of Gurugram (MCG) has decided to ... Read more »

© Provided by Business Insider Wealthy travelers are searching for private jet flights out of South Africa. Shutterstock.com The newly-discovered Omicron variant of COVID-19 has the wealthy looking to leave ... Read more »

© Provided by Hindustan Times This move to reopen TISS campus comes after a report was submitted by a special committee to assess the situation and make recommendations. (HT PHOTO) ... Read more »

© Provided by The Times of India NEW DELHI: Civilian fatalities in Jammu and Kashmir till November 15 this year were higher than the annual figure for the past four ... Read more »

© Provided by Hindustan Times According to EDMC officials, registered street food vendors will go through four-five days of counselling sessions where they will get clarity on their competencies, aptitude, ... Read more »

© Provided by Business Insider Associated Press Walmart is using an empty lot to process over 500 shipping container per day, according to its VP of Supply Chain Operations. The ... Read more »

© Provided by The Times of India NEW DELHI: BSF director general (DG) Pankaj Kumar Singh on Tuesday said that the “demographic balance has been upset to a great degree” ... Read more »

‘If there's a breach, we go from zero to 100': Abbotsford, B.C. on high flood alert Tuesday

Apply for citizenship under CAA once rules come, govt says but mum on timeline

© Provided by The Times of India NEW DELHI: Discounting speculation about a rethink on the controversial Citizenship Amendment Act (CAA) a day after the three farm laws were repealed ... Read more »

Ben Raymond: The neo-Nazi terrorist who thought he had got away with it

Months before Ben Raymond was convicted of being a member of the terrorist group National Action, he created a guide to evading prosecution. © Bitchute Ben Raymond, centre, speaking at ... Read more »

Experts Settle the Debate: Is It Better to Work Out in the Morning or at Night?

I don’t know what’s worse: the alarm blaring at 5 a.m., filling me with workout dread, or the anxiety that tends to creep in at the end of the day ... Read more »

BREAKING: Up to six people are injured and gunman is arrested after shooting at Michigan high school

Police responded at around 12:55pm to a report of an active shooter at Oxford High School in Oxford Township, a suburb north of DetroitPolice said that between four and six students were injured, and the gunman has been arrested. A handgun has also been recovered Read more »

Department of Health bosses posted 39,716 new cases, down 6.5 per cent on last Tuesday's figure of 42,484 The number of people dying with the virus also fell 3.6 per cent to 159 today, down from 165 last week Covid hospitalisations dropped 6.1 per cent to 718 on Friday, the latest date that data is available for Read more »

Pregnant women infected with Covid are far more likely to require ICU care or die in childbirth compared to those who don't catch the virus, a new study findsResearchers at the Université de Paris studied COVID-19's impacts on over 200,000 pregnant women in France during the first wave of the pandemic Pregnant women with Covid were 40 times as likely to die during childbirth compared to those who weren't infected Covid patients were also more likely to experience pregnancy complicationsThe researchers encourage pregnant women to get vaccinated in order to protect them against severe Covid outcomesAbout 35% of pregnant people in the U.S. are vaccinated, according to the CDC  Read more »

Video: 'I'm lucky to be alive and also have a limb': Emotional Tiger Woods discusses severity of horrific car crash and spending three months in a hospital bed

Video: Robbers dressed like Harry Potter Dementors who made Rolex watches disappear in £17,000 jewellery raid are jailed for total of 32 years

Rafael Benitez will 'feel a bit of heat' if Everton lose Merseyside derby amid seven-game winless streak, insists Ian Rush... but Liverpool legend backs Spaniard to turn it around at Goodison Park regardless of Wednesday's result

Video: DON'T cancel Christmas parties! Boris and Saj try to quell hospitality fears as pub, retail and travel bosses plead with PM not to bring back restrictions after health chief called for 'limit to festive socialising'

Ralf Rangnick will inherit a Man United team that is wide open at the back and doesn't create enough chances, with no guarantee Cristiano Ronaldo fits into the starting XI... but a much improved display at Chelsea will give the German some hope

Ralf Rangnick is set to take over as Man United's interim coach later this weekThere were some positives from Sunday's 1-1 draw with league leaders ChelseaUnited pressed far better and had some elusive bite in the midfield battleHowever, they remain vulnerable in defence and aren't creating enough chancesCristiano Ronaldo was benched and it could become familiar for their star man   Read more »

Video: The race to avoid a government shutdown by FRIDAY: Republicans and Democrats carve out a deal to keep the government funded until mid January and avoid furloughing federal workers

THE most vulnerable in the country are set to get four coronavirus jabs in a race to stop the spread of the Omicron variant, an NHS chief has revealed. NHS ... Read more »

The Associated PressFILE – In this Aug. 9, 2021, file photo, fake pill bottles with messages about OxyContin maker Purdue Pharma are displayed during a protest outside the courthouse where ... Read more »

On this day, a year ago, we lacked the one thing we needed most of all in our fight against COVID: an approved vaccine to deploy to the people of ... Read more »

The hidden Disney World spot where you can avoid the crowds

DISNEY World can draw huge crowds all year round, as families flock to the happiest place on earth. But if you are planning on going and want to avoid the ... Read more »

Jordan Lindsey, above, was driving of a 1992 GMC Safari when he crashed on a highway outside Chicago last Thursday. A man with Tesla face tattoo has been busted on ... Read more »

Diabetics’ vision can get wavy, as illustrated using a very fragile-looking Tower Bridge. Lenstore These shocking images give an idea of what millions of people with diabetes have struggled with. ... Read more »

© Ben Jared/PGA TOUR via Getty Image Tiger Woods faced the possibility of having his leg amputated after his car accident. In a Tuesday press conference at the Hero World Challenge, his ... Read more »

Govt tells states to ramp up testing amid Omicron fear

The Guardian view on facing Omicron: the public may be ahead of the PM

The Guardian view on Labour's reshuffle: attacking from the centre ground

Giving Tuesday: These Canadian Retailers are Giving Back