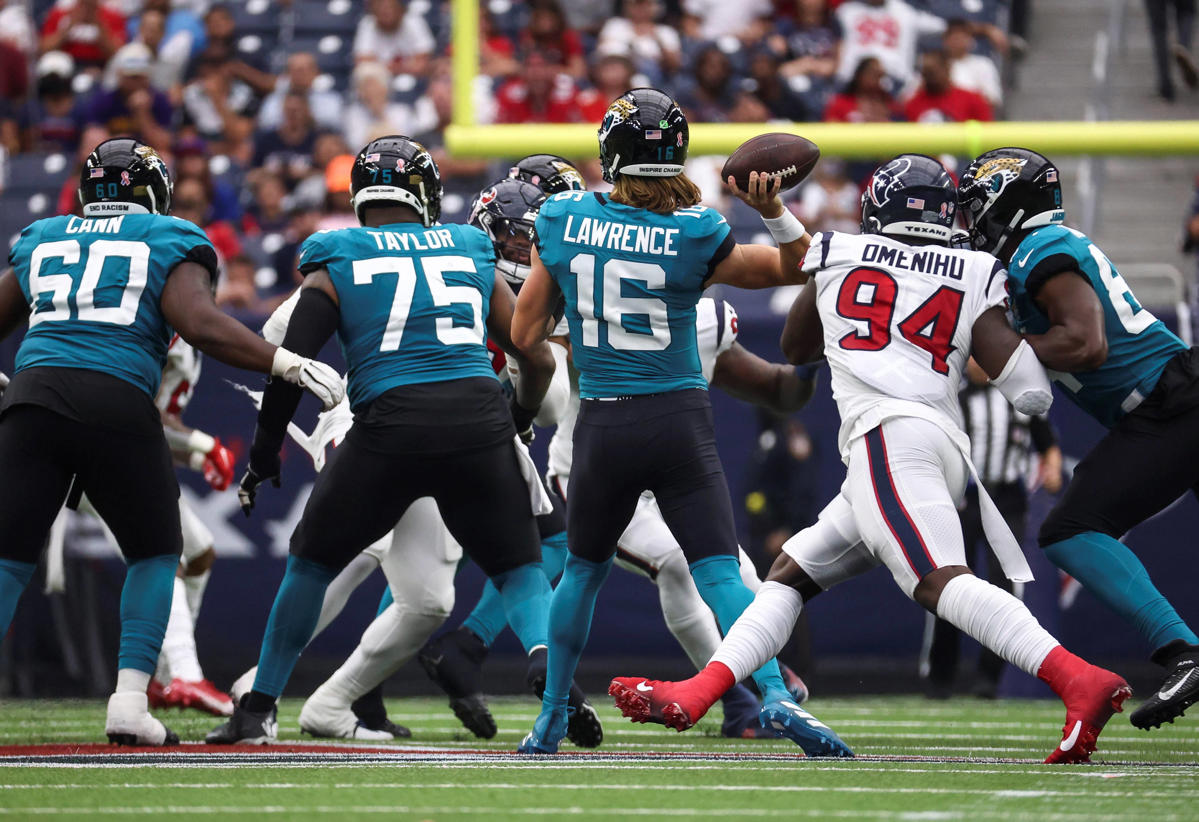 Jacksonville’s season couldn’t have begun any worse. The team was thoroughly dominated by a Houston Texans squad that the Jaguars were favored to beat, and it seems that they’re once again heading toward one of the worst finishes in the league.

There’s still time to turn things around, and the play of quarterback Trevor Lawrence, while a bit erratic, showed some signs of stardom. It’s certainly not all bad news in Duval County, but the Jags have a tougher test than Houston this week for their home opener.

The 1-0 Denver Broncos come to town fresh off a 27-13 win against the New York Giants, and Jacksonville could easily be looking at an 0-2 start if it doesn’t play markedly better this time around. Here are some concerns about that game.

Poll: Should the Jaguars be starting Jihad Ward over K’Lavon Chaisson?

Gimme him: One player for the Jaguars to steal from the Denver Broncos

The worst sporting waxworks, including an unrecognisable David Beckham, after Mo Salah's is unveiled at Madame Tussauds

Disappointment for PSV but celebrations for other Dutch clubs

Emelianenko does not rule out fighting at Bellator tournament in summer