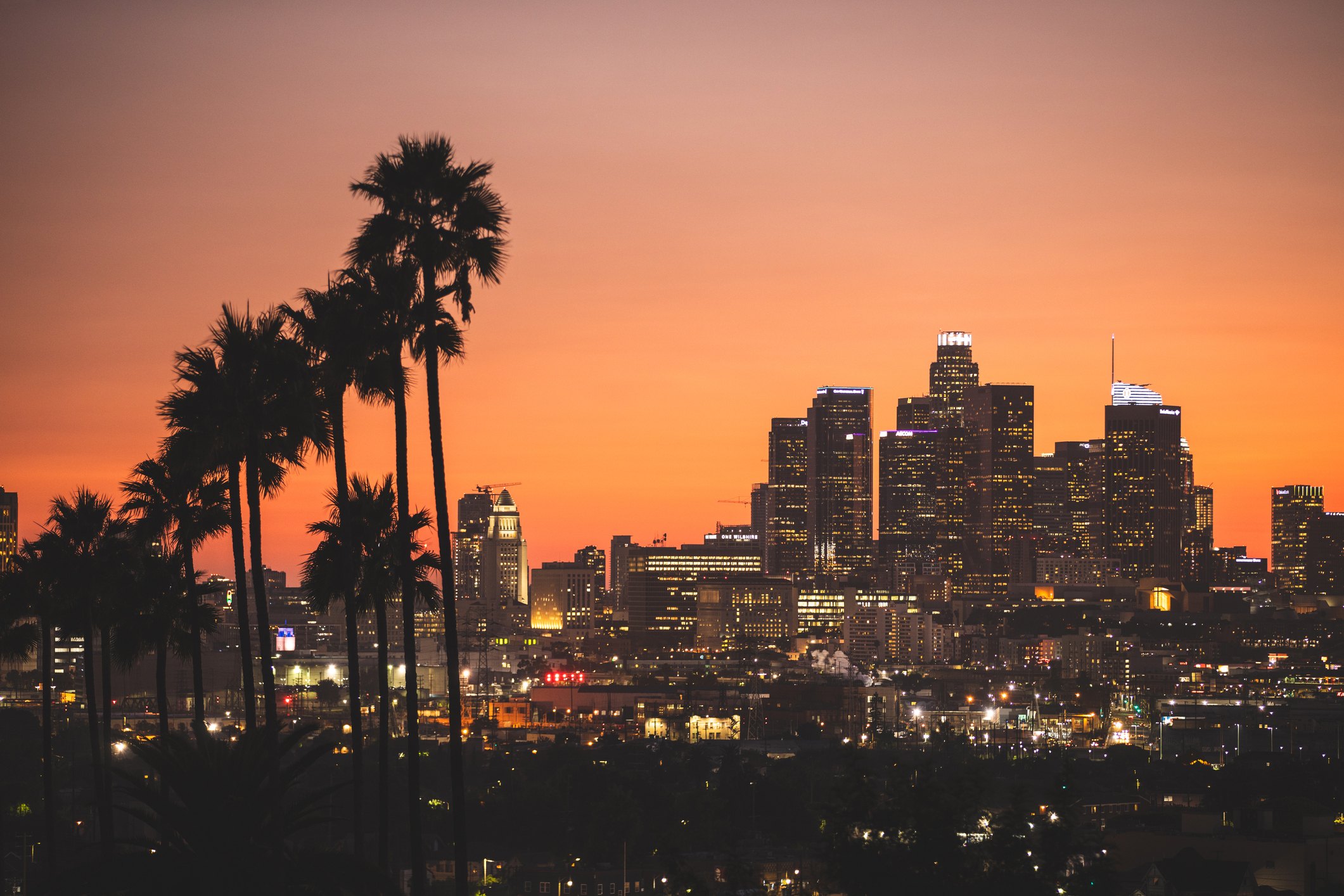 Nominations for the 94th Oscars are here!

Actors Leslie Jordan and Tracee Ellis Ross revealed nominations in all 23 Academy Award categories in a live presentation. *Scroll down for a list of nominees in all 23 categories*

Leading the pack of nominees is “The Power of the Dog,” which earned 12 nominations. Close behind was “Dune” with 10. “Belfast” and “West Side Story” tied with seven apiece and “King Richard” scored six nominations.

The 94th Oscars will be held on Sunday, March 27, and will be televised live on ABC at 8 p.m. ET/5 p.m. PT. The ceremony returns to the Dolby Theatre in Hollywood and will have a host at the helm for the first time since 2018.

(Not listed in order of presentation)

“The Power of the Dog”

“The Power of the Dog” Jane Campion

Actress in a Leading Role

Jessica Chastain in “The Eyes of Tammy Faye”

Olivia Colman in “The Lost Daughter”

Nicole Kidman in “Being the Ricardos”

Actor in a Leading Role

Javier Bardem in “Being the Ricardos”

Benedict Cumberbatch in “The Power of the Dog”

Will Smith in “King Richard”

Denzel Washington in “The Tragedy of Macbeth”

Actress in a Supporting Role

Jessie Buckley in “The Lost Daughter”

Ariana DeBose in “West Side Story”

Kirsten Dunst in “The Power of the Dog”

Actor in a Supporting Role

Jesse Plemons in “The Power of the Dog”

J.K. Simmons in “Being the Ricardos”

Kodi Smit-McPhee in “The Power of the Dog”

“The Power of the Dog” Ari Wegner

“The Tragedy of Macbeth” Bruno Delbonnel

“The Power of the Dog” Written by Jane Campion

“The Worst Person in the World” Written by Eskil Vogt, Joachim Trier

“The Mitchells vs. the Machines”

“Raya and the Last Dragon”

“The Hand of God” Italy

“Lunana: A Yak in the Classroom” Bhutan

“The Worst Person in the World” Norway

“Summer of Soul (…Or, When the Revolution Could Not Be Televised)”

“The Queen of Basketball”

“When We Were Bullies”

“Affairs of the Art”

“Ala Kachuu – Take and Run”

“Dos Oruguitas” from “Encanto” Music and Lyric by Lin-Manuel Miranda

“Down To Joy” from “Belfast” Music and Lyric by Van Morrison

“The Power of the Dog” Jonny Greenwood

“The Power of the Dog” Richard Flynn, Robert Mackenzie and Tara Webb

“The Power of the Dog” Peter Sciberras

Mark your calendars: March 27 is Oscar Sunday. Live coverage begins Sunday morning and continues all day with special “On The Red Carpet” coverage leading up to the 94th Academy Awards ceremony. After the last award is handed out, stay with “On The Red Carpet” for continuing coverage. Be sure to follow @OnTheRedCarpet on Facebook, Twitter, Instagram and TikTok for all your Oscar news and information.

The Associated Press contributed to this report.

Pearl Jam Vs. Mötley Crüe is a Frontrunner for Pointless Beef of 2022

'Mayor of Southtown' fires up inspiration for San Antonio artist

Don’t you just hate it when you can almost remember something, but then it slips away? And then it nags at you until you get it settled? Well, we’re here ... Read more »

The Who to play Cincinnati benefit gig

The Who have announced they will play a benefit gig in Cincinnati more than 40 years after a tragedy at one of their concerts in the Ohio city left 11 ... Read more »

Singer-songwriter Neil Young has asked employees of Spotify Technology SA to quit their jobs while urging people to withdraw their money from big American banks, in protest over coronavirus misinformation ... Read more »

Rock icons KISS have pushed back their entire Australian tour so that they can perform to Perth fans. In the latest shuffle of concerts on their End of the Road ... Read more »

One of the most famous Brits is heading back to New Zealand for one massive show at Spark Arena. Radio Hauraki and Live Nation presents Liam Gallagher live at Spark ... Read more »

Not long after being crowned TIME Magazine’s Entertainer of the year, Olivia Rodrigo has been named Woman of the Year by Billboard, further cementing the 18-year-old as a force to ... Read more »

Just a day shy of two weeks since Premier Mark McGowan announced a delay to the State’s border arrangements, organisers of one of Perth’s biggest summer venues have announced it’s ... Read more »

Furious fans have slammed Adele for a post confirming that she will take part in the BRIIT Awards — after pulling out of her Las Vegas dates. It had been ... Read more »

The family of Australian producer Glenn Wheatley have released a heartbreaking statement following the music icon’s tragic death. On Tuesday, it was announced that Wheatley has passed away after battling ... Read more »

How Spotify plans to combat misinformation with new COVID-19 advisories

Adele fans are not shying away from showing their anger over recent Twitter comments posted by the singer. The 33-year-old singer posted a photo of herself smiling broadly, with the ... Read more »

Australian music industry heavyweight Glenn Wheatley has died at the age of 74 after suffering from COVID-19, according to reports. Perhaps best known as the manager of Australian music legend ... Read more »

Rihanna has debuted a baby bump on the snowy streets of New York, confirming months of rumours she was pregnant with her first child. Walking alongside partner A$AP Rocky, the ... Read more »

Australian pop singer Alli Simpson has spoken out for the first time since she broke her neck in a horrific diving accident. The younger sister of Cody Simpson told The ... Read more »

Spotify is set to introduce an advisory on podcasts that mention COVID-19 amid a major backlash. The streaming giant has been in the headlines for continuing to host podcasts accused ... Read more »

Adele's relationship 'on the rocks' amid Las Vegas show drama

Adele has recently cancelled her Las Vegas residency, and now it is rumoured to be because her relationship with Rich Paul is on the rocks. According to New York Daily ... Read more »

The Duke and Duchess of Sussex have been “expressing concerns” to Spotify about COVID-19 misinformation but say they will continue to work with the platform. The couple signed a lucrative ... Read more »

Singer and funny man James Blunt has joined the boycott against Spotify and its promotion of the Joe Rogan podcast. Blunt united with stars Joni Mitchell and Neil Young, who ... Read more »

Joni Mitchell says she is seeking to remove all of her music from Spotify in solidarity with Neil Young, who ignited a protest against the streaming service for airing a ... Read more »

Kanye West’s plan to bring his stadium tour to Australia is facing another roadblock as questions mount if the rapper can even obtain a visa to enter the country. The ... Read more »

By RNZ Wellington’s Victoria University has publicly apologised to a group of former students who say they were sexually abused by teacher and composer Jack Body. The university says it ... Read more »

Yesterday, a music legend told Spotify it could either have him or controversial podcaster Joe Rogan – not both. We now know exactly why. Neil Young told the music streaming ... Read more »

The New Zealand leg of pop star Benee’s world tour is the latest to be cancelled in the red traffic light setting. It’s the second time the Kiwi artist has ... Read more »

Sister Janet Mead, the South Australian nun who turned The Lord’s Prayer into a global rock hit, has died at the age of 84. The unlikely pop star and member ... Read more »

Covid-19 Omicron outbreak: All the big events cancelled across NZ

Countless events have been cancelled amid the country’s move to the red traffic light setting. After Sunday’s announcement put the entire country back into red to combat Omicron, event organisers ... Read more »

Janet Jackson has slammed speculation she had a “secret” child in the 1980s. The 55-year-old singer – who has 4-year-old son Eissa with ex-husband Wissam Al Mana – recalled gossip ... Read more »

Covid-19 Omicron outbreak: All the events cancelled across NZ

Countless events have been cancelled amid the country’s move to the red traffic light setting. After Sunday’s announcement put the entire country back into red to combat Omicron, event organisers ... Read more »

Music legend Neil Young told Spotify it could either keep him on its platform or podcaster Joe Rogan – not both. Spotify’s response was swift: it has chosen Rogan. Earlier ... Read more »

A new detail has emerged in Adele’s Las Vegas residency saga. According to a source who spoke to the Sun, the reason for the cancellation of her shows goes beyond ... Read more »

Val Dempsey has dedicated more than half her life to volunteering for the St John Ambulance. On Tuesday evening, the Canberra resident known lovingly as Aunty Val, was named the ... Read more »

Dr Daniel Nour has been named the 2022 Young Australian of the Year for his selfless work creating mobile homeless medical service, Street Side Medics. At just 26-years-old, the resident ... Read more »

This year’s Australia Day Local hero has helped countless people in the bush grapple with alcohol and is looking to change the way Australia deals with drinking. After struggling herself ... Read more »

[INTERVIEW] Music is about savoring, not competing: Hareem

World music artist Hareem plays a Drehleier, also known as a hurdy-gurdy, after an interview with The Korea Times at a cafe in Seongdong District, eastern Seoul. Korea Times photo ... Read more »

Orchestra tunes up for milestone program

One of Australia's premier symphony orchestras will celebrate a milestone season by performing a diverse program that includes a stirring melody the group's forerunners played at their first concert 75 ... Read more »

GRAND RAPIDS AND CLARKSTON, MI – Kid Rock is returning home to Michigan for three concerts on his just announced 2022 tour. The rocker from Romeo in Metro Detroit will ... Read more »

Brockhampton, O2 Academy Brixton, review: The best boy band since One Direction went out on a high

Brit Awards nominations 2022: Full list of Brits nominees and what time to watch the ceremony on TV tonight

Mandy Moore Talks Self-Care, Motherhood, and the End of 'This Is Us'

Elton John ‘Farewell’ tour in Detroit: How to get last-minute tickets for tonight, tomorrow

Looking for things to do in Sioux Falls? Here are 7 winter events to check out