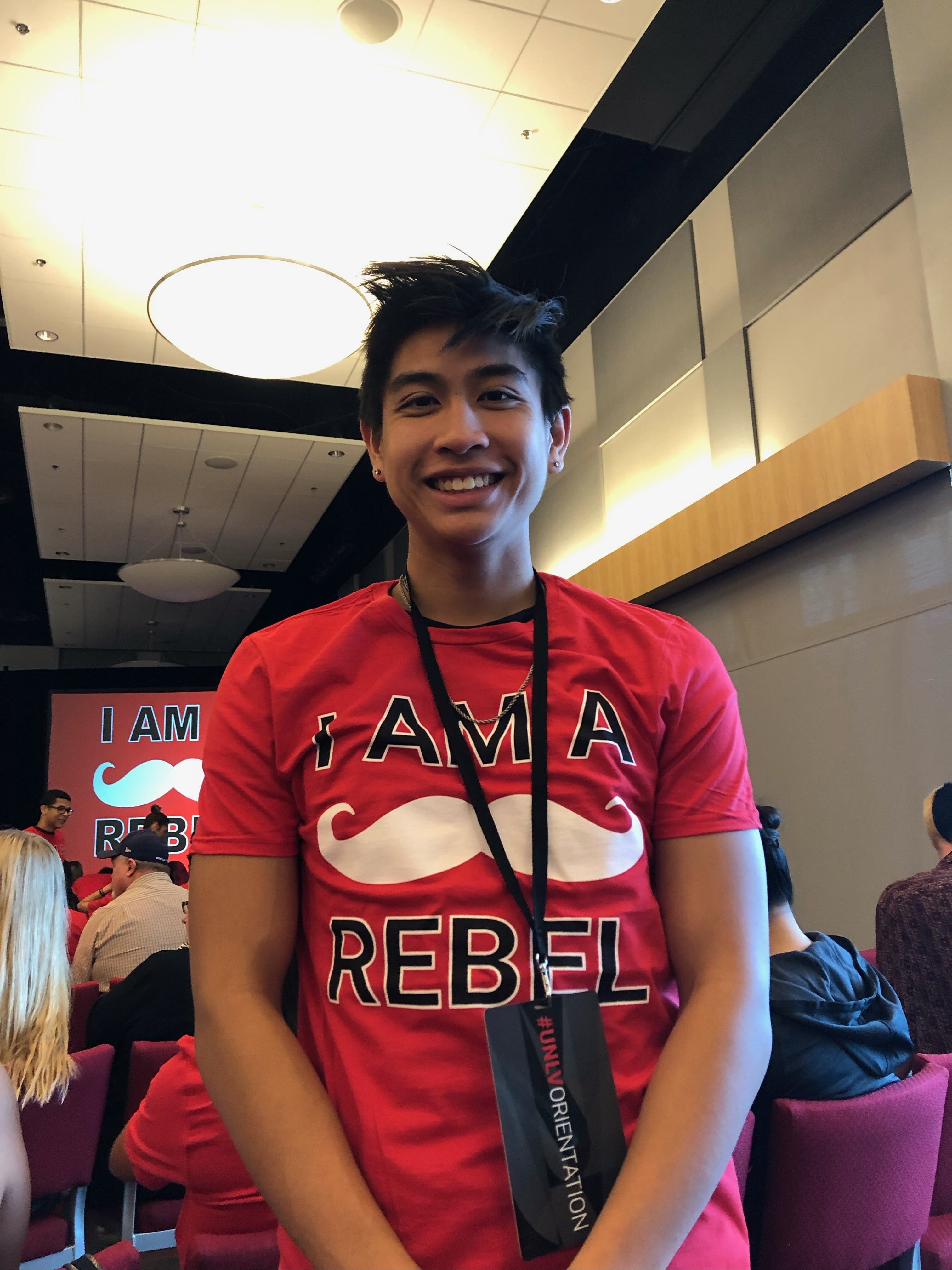 According to social media flyers posted by UNLV’s Kappa Sigma chapter, the off-campus event planned to raise money for Center Ring Boxing in Las Vegas. Valencia was listed as one of the fighters participating in the night’s “Main Event.”

Nick Lasso and Ryan Zimmer, the Valencia family’s attorneys, told USA TODAY that Valencia had no prior boxing experience.

In a Friday letter to the campus community, UNLV President Keith Whitfield wrote that Valencia collapsed soon after his fight and was taken to a hospital, where he later died, according to Lasso and Zimmer.

Whitfield added that UNLV is “committing all available resources to review the incident and determine how off-campus events like these can be as safe as possible.”

The family’s lawyers stressed that Valencia’s loved ones are seeking answers and accountability.

“More than anything, the family just wants to make sure that this never happens again, to anyone – any child, son or daughter,” said Lasso. “It’s a horrible incident that was really, completely avoidable. [This could have been avoided by] having professional referees, professional medical staff or even just not having an event like this at all to begin with – where two students are in combat with each other where one could get seriously injured.” 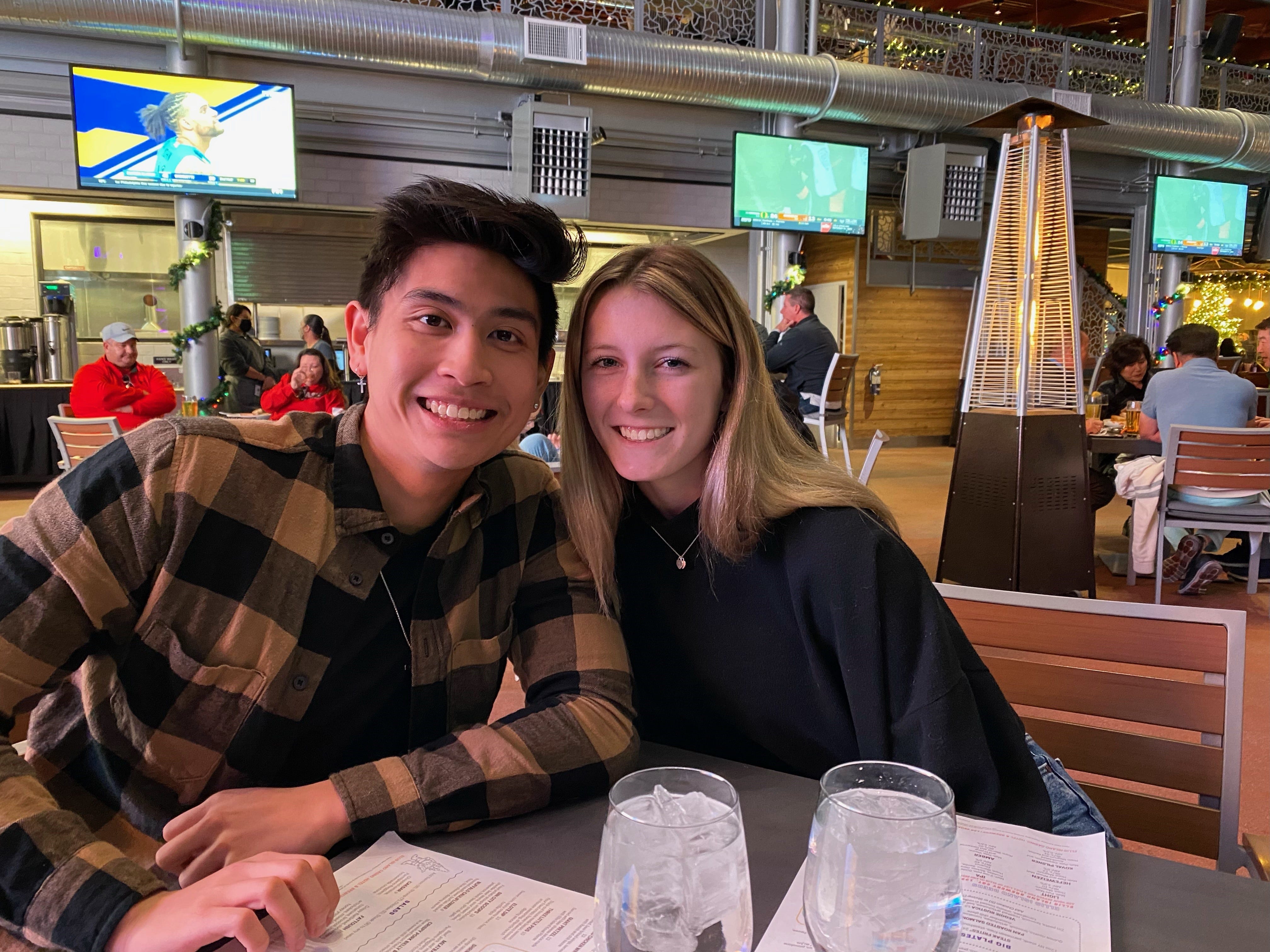 Lasso and Zimmer added that there was no medical care on-site – despite the fact that “Fight Night” is an event the UNLV chapter of Kappa Sigma has hosted for many years, with multiple recorded injuries in the past. They said that Valencia’s death is the first death following the event that they know of so far.

For Valencia’s case, the two explained that the 20-year-old collapsed about 60 seconds after the fight ended.

“It actually took about, we believe, 10 to 15 minutes of Nathan being unconscious, or in that state on the floor, until the medical attention arrived,” said Zimmer.

A statement issued by the Valencia family through Lasso and Zimmer of the Richard Harris Law Firm confirmed that the family will be seeking a full investigation. Valencia’s loved ones are also asking for privacy during their time of grief. 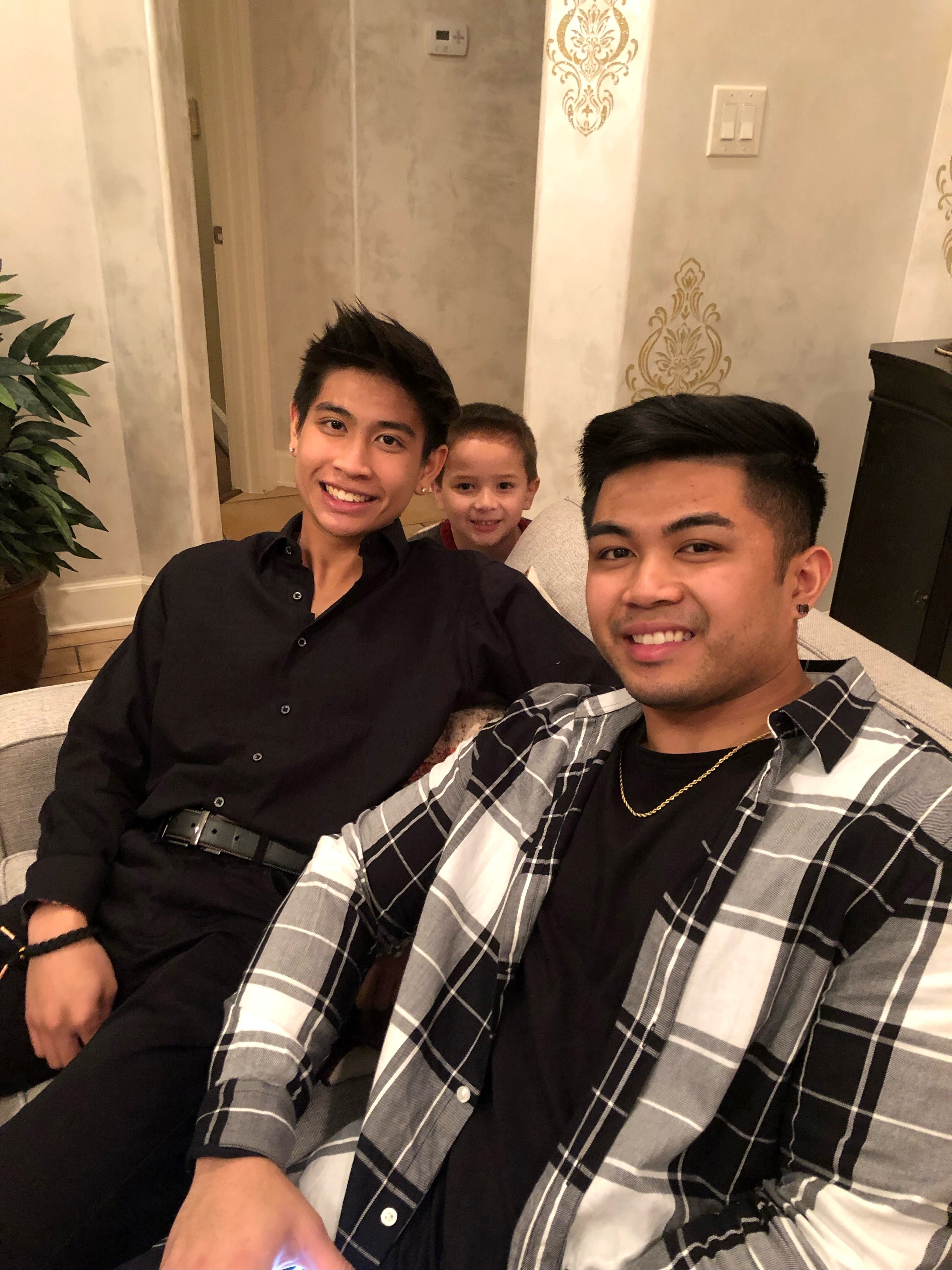 “The Valencia family is heartbroken over the loss of Nathan… We will be completing a full investigation to determine how UNLV and the Kappa Sigma Fraternity could allow and promote an event like this to take place. College students should not be placed in a situation where they are pitted against each other for combat,” read the statement, which added that “Fight Night” is an annual event “well known to both UNLV and the national Kappa Sigma Fraternity.”

“We will leave no stone unturned to determine how a 20-year-old ended up in a school-sanctioned amateur fight that cost him his life.”

Valencia’s death comes amid rising criticism around the dangers of Greek Life – including protests over generations of sexual violence and fatal hazing activities. For the past several decades, at least one college student has died every year due to hazing. While Valencia’s death wasn’t linked to hazing, there are numerous reports of young men in fraternities being pushed to brave unsafe physical trials.

Hazing today:Two fraternity deaths in two months. COVID-19 didn’t stop hazing – it may have hid it from ‘watchful eyes’

Zimmer and Lasso noted that this kind of incident may be more isolated to the overall setup of the specific “Fight Night” event.

“This isn’t one of those stories you hear about hazing or drinking. This was a philanthropy and [Valencia] was trying to do good… It’s just the way that things were set up in the get-go,” said Zimmer, pointing again to the dangers of the event, including the lack of on-site medical care. “There were failures at every turn, and I don’t think he signed up for that.”

Valencia was a member of UNLV’s Sigma Alpha Epsilon fraternity and not the Kappa Sigma chapter that hosted “Fight Night.” In an Instagram post following Valencia’s death, the UNLV Sigma Alpha Epsilon chapter wrote, “Our hearts are heavy as Heaven gained an angel yesterday… His strength and kindness never went unseen and we were so thankful to have him as a brother.”

An on-campus UNLV vigil was held for Valencia on Saturday night. Saturday would have been Valencia’s 21st birthday.

Hilary Duff Embraces Her Disney Roots, Belts Out 'We Don't Talk About Bruno'

Cyclists get priority in new Highway Code - with drivers ordered to keep 1.5-metres distance when overtaking

Which One Are You? Meet All The Members Of Encanto's Familia Madrigal

All three Jonas Brothers are now parents. Here's a look into their family lives.

© Edmonton Opera Cast and crew rehearse for the February production of Giacomo Puccini’s La Bohème at the Northern Jubilee Auditorium. Many theatres and concert venue operators in Alberta are ... Read more »

Thousands of anti-abortion protesters take to streets of Washington

The Supreme Court ruling could possibly overturn the landmark 1973 Roe v Wade ruling that affirmed the constitutional right to an abortion. Read more »

Gregg Berhalter has called 28 players into the upcoming camp ahead of the USMNT’s 2022 World Cup qualifiers against El Salvador, Canada and Honduras at the end of January and ... Read more »

© Provided by Interaksyon MANILA — Twitter said on Friday it had suspended hundreds of accounts that were promoting Philippines presidential election candidate Ferdinand Marcos Jr, which it said had violated rules ... Read more »

US suspends flights by China carriers after Beijing COVID move

© Provided by Al Jazeera China Eastern is one of four Chinese airlines affected by the US flight suspension [File: Kamil Krzaczynski/Reuters] The government in the United States has said ... Read more »

Kelly Clarkson and ex-husband Brandon Blackstock have reached a settlement in the home-ownership battle over their Montana ranch. According to court documents filed at the Los Angeles County Superior Court ... Read more »

Britain’s biggest business groups have warned the Chancellor that spiralling energy prices ‘will act as a brake on the recovery’. As the cost of living crisis deepens, business chiefs wrote ... Read more »

LOVE Island winner Liam Reardon has given fans a look inside the £1m Essex home he shares with Millie Court – showing off their huge new sofa. Liam, 22, posted ... Read more »

For the fourth time this week, an NFL player is in trouble with the law. Nate Hobbs, a rookie cornerback for the Raiders, was cited for allegedly driving 110 miles ... Read more »

LOVE Island star Arabella Chi has accused of a major photoshop blunder after fans pointed out the “curved glass” around her pert posterior. The 30-year-old reality star showed off her ... Read more »

THE One Show viewers were all saying the same thing as Fearne Cotton made a rare appearance on the show last night. After taking a break from being on camera, ... Read more »

DEATH In Paradise viewers were left devastated as Sergeant Florence Cassell left tonight and fans fear she may be “killed off”. The detective – played by Josephine Jobert – made ... Read more »

A FAMILY kicked out of a beachfront chalet with no warning are devastated they can't return – and no one will tell them why. For generations, the Winslow family has ... Read more »

A FRUSTRATED man has shared how he was forced to rip out bits of his tooth with pliers after struggling to find a dentist. Carlton Hill, 28, from Gorseinon, Swansea, described how ... Read more »

ARNOLD Schwarzenegger was reportedly in a bad car accident on Friday as his “SUV rolled over onto a Prius” in a wild crash “that looked like movie stunt.” The 74-year-old ... Read more »

'A good idea to use him at No. 6. He can throw his bat at will': Gavaskar identifies next 'finisher' for India in ODIs

With India now suffering a series loss in the ODIs to go with a defeat in Tests, things look off colour for the Men in Blue. KL Rahul’s captaincy career ... Read more »

© Provided by Zee News A day after reports emerged that Sourav Ganguly wanted to send a show-cause notice to Virat Kohli ahead of the South Africa series, the Board ... Read more »

In the postseason, success against quarterback Tom Brady happens when defenses can hit Tom Brady, cleanly and legally and sufficiently to get him looking at the pass rush instead of ... Read more »

© Provided by Sports Illustrated The former Ohio State coach shared the perfect response as one who dominated the Wolverines in his tenure. View the original article to see embedded ... Read more »

© Asif HASSAN The transplant was hailed as a medical breakthrough Friends and former classmates of the Pakistan-born surgeon behind the world’s first pig-to-human heart transplant say they earmarked him ... Read more »

Are you ready for Deebo Samuel? Opposing teams believe they’ve been ready for the 49ers’ 26-year-old receiver, but the results this season have suggested otherwise. The Packers, who host the ... Read more »

This $26 Back Support Pillow Is a 'Lifesaver for Lower Back Pain,' According to Amazon Shoppers

© Provided by Health Courtesy of Merchant If you’re suffering from lower back pain, you aren’t alone. In fact, about 16 million adults, or 8% of all U.S. adults, experience ... Read more »

I want Boris Johnson to be PM for as long as possible, says Liz Truss

Liz Truss insisted yesterday that Boris Johnson should continue as Prime Minister for ‘as long as possible’ as Downing Street braced itself for the publication of the Partygate report. The ... Read more »

© Provided by People Dane County Sheriff’s Office Bart and Krista Halderson A 23-year-old Wisconsin man has been convicted in the kidnapping and killing of his parents. On Thursday, a ... Read more »

© Steph Chambers American Patrick Cantlay plays a shot on the eighth hole on the way to the second-round lead in the US PGA Tour American Express World number four ... Read more »

© Bill Streicher-USA TODAY Sports Brendan Rodgers, a former No. 3 overall draftee and top prospect, is among the Rockies’ internal candidates. Uncertainty at shortstop is unfamiliar territory for the ... Read more »

© via REUTERS Boris Johnson insists he has seen no evidence of blackmail – Reuters The senior Tory MP who spoke of blackmail by government whips against colleagues who considered ... Read more »

© Provided by The Times of India RANCHI: The Jharkhand high court on Friday questioned the intention of CBI in connection with its investigation in the killing of Dhanbad judge ... Read more »

© Provided by The Times of India LUCKNOW: Zia-ur-Rehman Barq, son of Samajwadi Party MP from Sambhal Shafiq-ur-Rehman Barq, has been nominated as the party’s candidate from Kundarki assembly seat ... Read more »

© Provided by The Indian Express A sizeable number of health care workers from Panchkula have contracted the virus in Panchkula ever since the onset of the third wave of ... Read more »

© Provided by Zee News New Delhi: The Election Commission of India will hold a virtual meeting with the Union Health Secretary and the Chief Health Secretaries of the five ... Read more »

© Provided by Zee News Lakhimpur Kheri: An SIT probing the Lakhimpur Kheri violence on Friday filed a charge sheet against four people in connection with the lynching of two ... Read more »

Anti-abortion protesters march in Washington, feeling their fight has reached its apex

‘I Made a Mistake’: Michigan Judge Who Berated 72-Year-Old Cancer Patient Issues Apology on Court Stationery, Turns Herself in to State’s Judicial Watchdog Authority

Here are the best AirPods deals you can get right now

HelloFresh Review: Everything to Know About the Popular Meal Delivery Service