Tracing the demise of some of the most iconic shirt sponsors from the Premier League era. 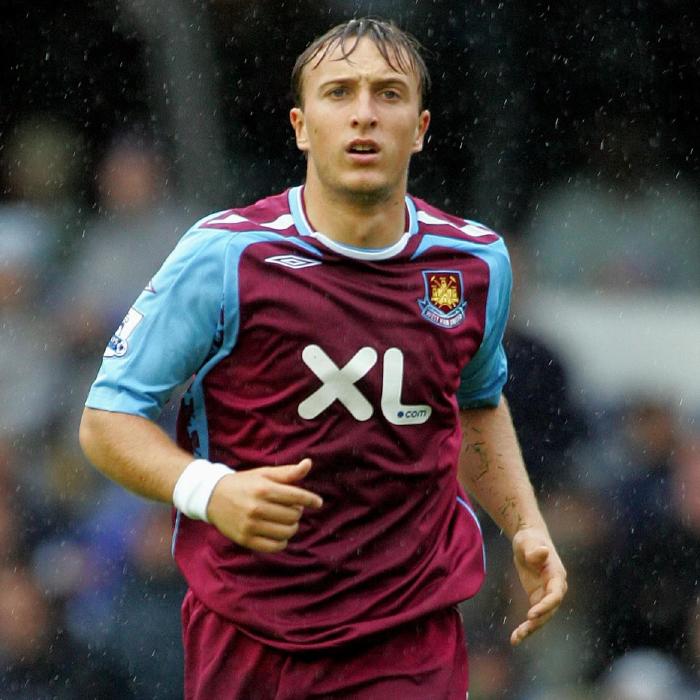 Companies with cash to splash on Premier League shirt sponsorship must be in rude health, surely?

They certainly were when the deals were agreed, with millions splashed out to get their name on the front of a team’s shirt. However, getting your company’s logo seen across the world doesn’t necessarily guarantee a bright economic future.

Planet Sport has tracked down 11 top-flight shirt sponsors who no longer exist – and some that didn’t even make it to the end of the deal.

The oil company was actually called Burmah-Castrol after acquiring Castrol in 1966.

It led to the loss of 1,700 jobs worldwide and saw the lubricants businesses of both companies merged to form a new division based in Swindon. It’s not known how the Slough office took it. 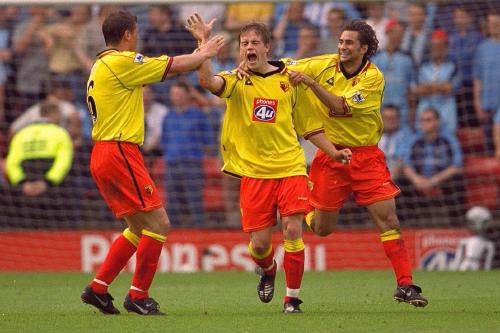 The large independent mobile phone retailer was founded in 1996 by John Caudwell and expanded to over 600 stores across the UK. Caudwell made more than £1billion when he sold it for £1.5billion in 2006.

In September 2014, EE and Vodafone, the company’s final remaining suppliers, ended their contracts and the company entered administration.

Just over 3,500 of the 5,500 staff who worked for Phones4U were made redundant, while around 1,200 transferred to new jobs as 200 stores were sold to Vodafone and EE. Another 788 transferred to jobs at Dixons Carphone or took it in turns to be Watford manager.

Founded in 1990, Tiny described itself as the UK’s biggest and longest established computer manufacturer, claiming to have sold 400,000 computers in 2000.

The company went into administration due to substantial losses in January 2002 and was subsequently purchased by arch-rival Time Computers.

In a move that mirrored that of the club only a year later, Time then transferred Tiny’s UK base from Scotland to Milton Keynes (it was Burnley actually).

Li Tie – He secured a move to Everton in 2002.His move was included in a deal with the shirt sponsor Kejian . pic.twitter.com/e1rb3pMefo

Now, I’m not saying Li Tie was on a lot but the company went bankrupt in 2013.

Internet mobile phone retailer Dial-a-Phone was established in February 1995 as a direct marketer and supplier of mobile phones and mobile phone accessories.

Their e-commerce website went online in September 2000. In 2008, the company was acquired by Phones4U and we already know what happened to them.

dabs.com was an online IT and technology products retailer which was acquired by BT in 2006.

It was promoted independently of the BT brand until 2016 when the dabs.com brand was, according to BT, retired. It is now coaching in Qatar. 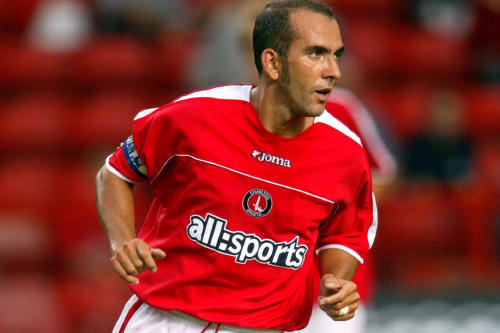 Sporting goods retailers Allsports (all:sports on the shirts) signed a four-year deal worth £5million with the Addicks who were left searching for a new sponsor in the final year of the deal after the company was put into administration.

Ninety-two stores were closed and 1,173 shop staff made redundant, in addition to cutbacks at the Greater Manchester offices. JD Sports bought the remaining 177 stores.

JJB Sports was a British sports retailer which expanded from one shop in Wigan to boast over 430 stores across the UK by 2005.

The expansion was masterminded by former professional footballer Dave Whelan who started out selling from a market stall.

Whelan went on to become chairman of Wigan Athletic, bankrolling their rise to the Premier League – even selling some of his shares in 2007 to help finance the club’s fight against relegation.

In September 2012, shares in JJB Sports were suspended and the firm called in administrators.

Sports Direct purchased part of the business, including 20 stores, the brand, and its website for £28.3million and in November 2012 JJB Sports was officially dissolved.

Whelan stepped down as chairman of Wigan in 2015.

It is believed to have cost West Ham, who agreed a three-year deal with XL in 2007 between £3million and £4million.

One of the more memorable shirt sponsorship deals, if only for the way the Irons covered over the company logo, first with an iron-on patch and then with enormous squad numbers on the front of their shirts.

West Ham were again hit with the demise of a sponsor in 2015 when foreign exchange broker Alpari entered insolvency proceedings in 2015 following heavy losses.

Newcastle's third kit would be great if they weren't sponsored by Wonga. pic.twitter.com/Chayxon3np

When Newcastle signed a four-year sponsorship deal with the payday loans company it was a move that was attacked by a trade body for insolvency professionals.

They claimed that the north-east’s high rate of insolvency made Wonga – which offered short-term high-cost loans – an inappropriate choice of sponsor.

Nevertheless, the deal ran for four years, during which time Wonga started to incur huge losses, exacerbated by a surge of customer compensation claims.

Despite an emergency cash injection from shareholders to prevent it becoming insolvent, the firm fell into administration in August 2018.

Having learned from their mistake, Newcastle have since become a lot more ethical in regards to who they accept money from.

Network access broker listings in Q2 '22 stable, but sales down

What is the 'Letter of Comfort' banned by the Reserve Bank of India?

Alan Tobin’s crime empire crumbled after police made the UK’s biggest-ever land seizure of drugs (Picture: PA/Cheshire Police) A mental health nurse has been struck off after being unmasked as ... Read more »

How to leave WhatsApp groups without anyone knowing: The app’s new features and group chat changes explained

Currently when you leave a WhatsApp group everyone else in the group is notified, potentially creating an awkward situation Read more »

What time is the Tory hustings tonight? When to watch Rishi Sunak vs Liz Truss in live Cheltenham debate

Rishi Sunak and Liz Truss have been facing off at events up and down the country, as they vye to become the next prime minister Read more »

Energy prices: Ministers know there is nothing they can do to force companies to act on bills crisis

How much does a fan cost to run? Price of energy in the heatwave explained and how to keep your house cool

Around 20 per cent of homes in England overheat in the summer months, with flats in London the worst affected properties, according to a study by Loughborough University Read more »

Energy bills: Consumers paying standing charge for unused meters could save hundreds by removing it entirely

UK house prices set to rise even higher despite a 36% decline in buyer demand, experts say

The businessman was previously found to be in contempt of court for failing to pay his ex-wife the £245,000 he owed for legal fees and maintenance. Sir Frederick Barclay at ... Read more »

How to keep pets cool in the heat

Here are some tips for helping animals cope with the hot weather. A dog cools down with a swim in the River Wharfe near Ilkley in West Yorkshire (Danny Lawson/PA) ... Read more »

Jesurun Rak-Sakyi is set for a loan spell in League One / Getty Images C harlton are closing in on the season-long loan signing of talented Crystal Palace forward Jesurun ... Read more »

ECB via Getty Images T onight, the Kia Oval will play host not only to the opening match of the women’s Hundred, between Oval Invincibles and Northern Superchargers, but also ... Read more »

Giggs made ex feel it was her fault he threw her naked from room, jury told

Ozlam, 24, is leading a group of refugees in a protest in Islamabad, Pakistan, calling for the UK to offer asylum to oppressed LGBT+ Afghans. LGBT+ Afghans gathered in a ... Read more »

Pistol found at scene after man shot by police

The Independent Office for Police Conduct said a 36-year-old man was shot in the abdomen by an officer but has non life-threatening injuries. A man was shot by police in ... Read more »

How to become a journalist in the UK

Getting into the competitive industry of journalism can be an intimidating and daunting experience, with qualifications and experience both something to consider. It is not rare to encounter unpaid internships ... Read more »

Arguably, one of the biggest deciding factors in accepting a new job is the proposed salary. Many may argue that it's essential that you negotiate your wage – whie others ... Read more »

A woman has been arrested on suspicion of selling her seven-year-old son to strangers for £4,000. The mother-of-three, 36, advertised her boy as being for sale to pay off her ... Read more »

An Audi TT driver has died following a crash with a bus after being pursed by a police car. A man – identified by friends as Taylor Perkins, 23 – ... Read more »

A mum has described the “horrible” moment her family pup was bitten on the face by a 15ft long snake. A surge in recent snake bites has prompted vets to ... Read more »

Emmerdale is gearing up for a busy time in the village, as a devastating and deadly storm causes havoc and leaves lives in peril. Details have now been revealed about ... Read more »

An OnlyFans model believes that the cost of living crisis is affecting her income – as her subscribers are being more careful with their money than they used to be. ... Read more »

A stolen dog appears to be very happy after police stopped the car she was being transported in and took her home. The female pooch was allegedly robbed from her ... Read more »

Stay on the forefront of coding with this certification bundle

In a working world where bringing your own device and connecting to the workplace remotely is becoming central to daily life, you need to have your device set to go ... Read more »

Supercomputers don't use FurMark, you won't be surprised to learn. Read more »

If Conor Coady was the personification of Nuno Espirito Santo’s Wolves, then there is a growing argument that the same could be said for Pedro Neto and Bruno Lage's new ... Read more »

Ben Foster has followed Roy Keane's lead with a scathing assessment of Manchester United following their opening day defeat to Brighton. Foster started both of Watford's games against the Red ... Read more »

Cristiano Ronaldo was overruled by Manchester United boss Erik ten Hag in his demands to sign a central striker this summer. The Portuguese star wants to leave United just one ... Read more »

Security workers at Leeds Bradford Airport (LBA) will go on strike later this month, potentially causing disruption for thousands of holidaymakers. GMB members will walk out at the end of ... Read more »

Delhi CM Arvind Kejriwal (Photo: ANI) There seems to be something wrong with the Centre's finances the way it is “strongly opposing” free facilities for people, Delhi Chief Minister Arvind ... Read more »

Raksha Bandhan 2022: Top 10 apps to install on your sister's phone

When is Chris Eubank Jr vs Conor Benn? Fight date, time, TV channel, live stream and how to buy tickets