Instead of watching horror movies this Halloween, why not curl up with the real masters of terror and read the original books?

Who doesn’t love to ride a horror-filled rollercoaster film for an hour or two? But for those who want to chase longer and bigger scares, we recommend picking up the source material for your favorite horror flick. Aren’t the books usually better (and way scarier) than the movies?

Horror movies are often a communal experience, usually shared with a theater filled with people or maybe a sofa shared with friends. Though thanks to Covid-19, group get togethers are not as popular this year. But reading is a solitary affair.

A reader, alone, in the quiet, is the perfect setting for a serious fright. And though movie effects have come a long way, can Hollywood really conjure up anything as terrifying as our own imaginations?

Here are 10 books that overshadow their film adaptations: 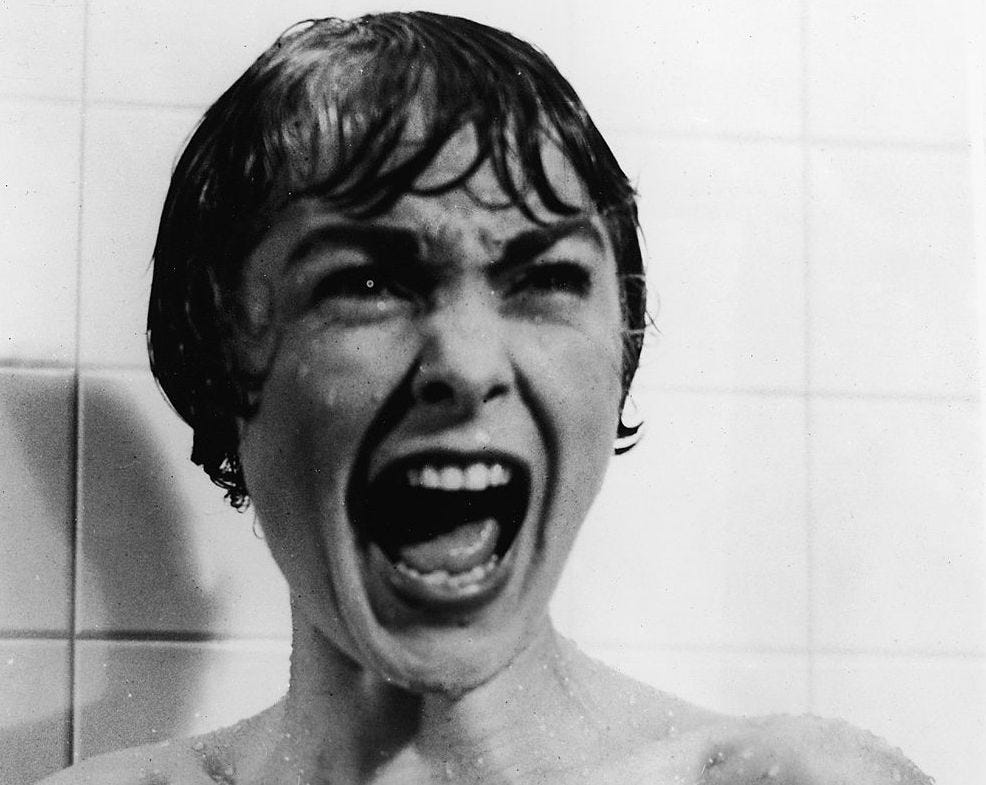 We all know the famous takeaways from the film: Think shower scene and finally meeting Norman Bates’ mother. But there is more to Norman than meets the cinematic eye, and that is where the book, by Robert Bloch, stands out.

There have been several adaptations of the novel (and its series) since its publication in 1991. The videotape, a staple in the 2002 movie “The Ring,” is not as omnipresent in the books by Koji Suzuki. The novels offer curses in other frightening formats and more opportunities for your imagination to get the best of you. 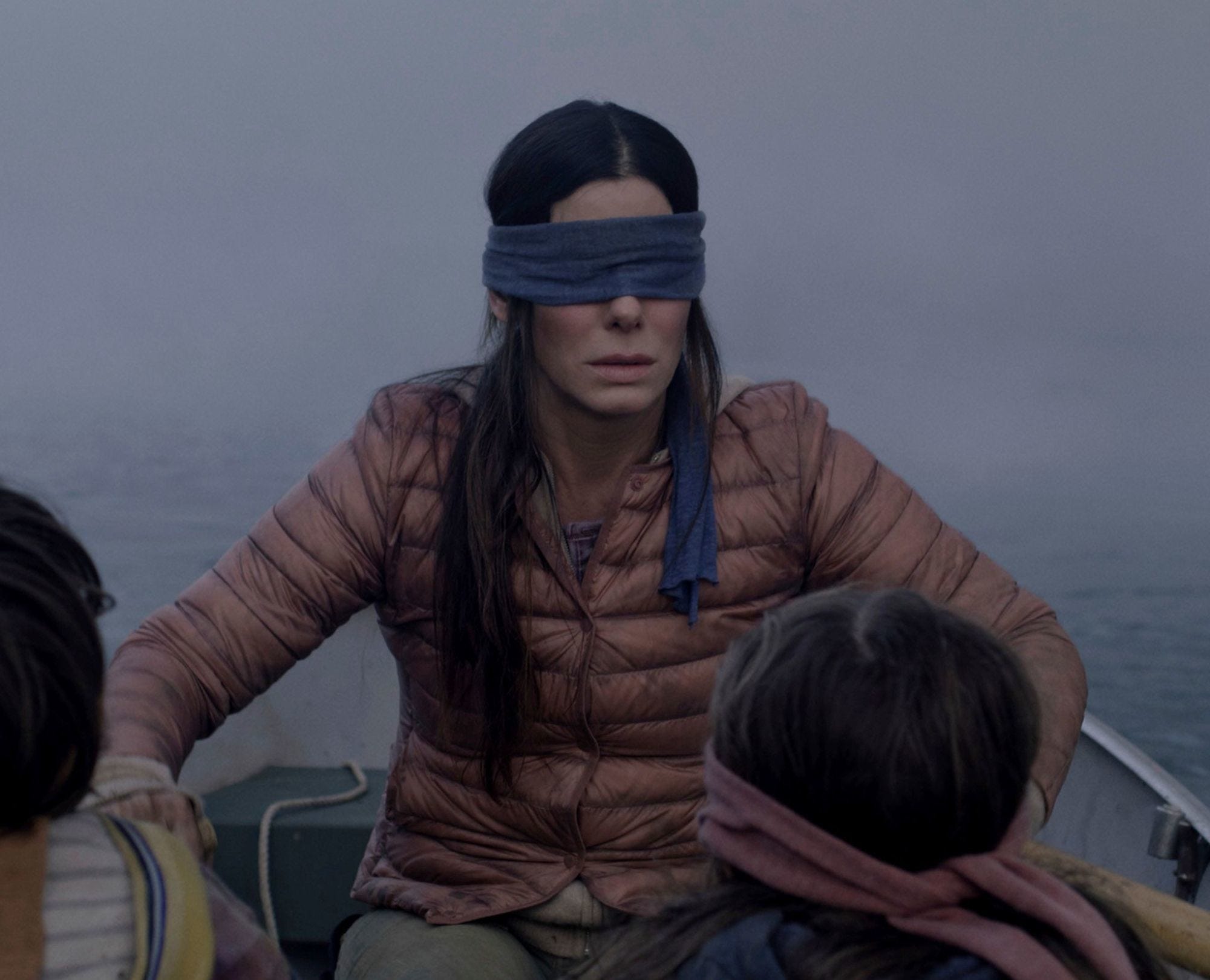 The book, by Josh Malerman, as a psychological thriller, is far darker than the film. After all, sometimes the why is scarier than the how. The film does not address the internal terror as much as the external. USA TODAY’S review calls the book “a tale that blends claustrophobic dread and the dark side of humanity.”

‘The Haunting of Hill House’

Modern horror masters Stephen King and Guillermo del Toro are counted among the many huge fans of the Shirley Jackson novel, which has been adapted into feature films twice (and later a Netflix series). Really, all adaptations pale in comparison with the original source material, thanks to Jackson’s exquisite storytelling.

When discussing what book-to-film entry for Stephen King is far more frightening as a novel, this title popped up more than any other. Not only does the book win hands down for giving more insight into Paul Sheldon’s inner voice than the 1990 movie, but the iconic hobbling scene from the film is played out far, far differently and far more frighteningly in the book. 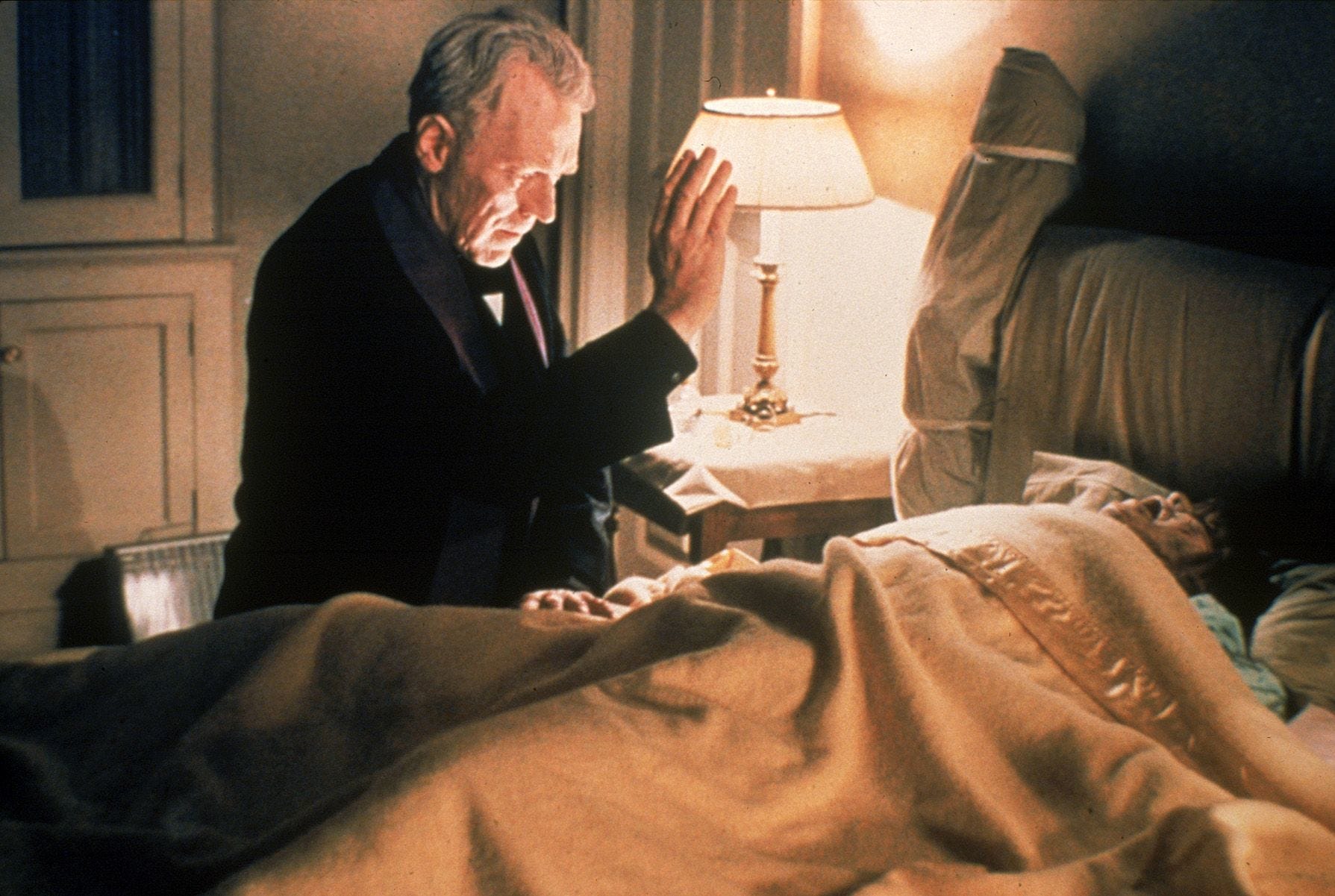 The screenplay for the film was written by the author of the novel, William Peter Blatty. When the film was first released, there were reports of theatergoers having physical reactions. The book will leave readers with more psychological scars.

The 1967 book by Ira Levin was immediately followed in 1968 by the film. The buildup to the gaslighting of Rosemary by her husband and neighbors is far more drawn out in the novel, making her descent into madness all the more chilling.

‘The Silence of the Lambs’ 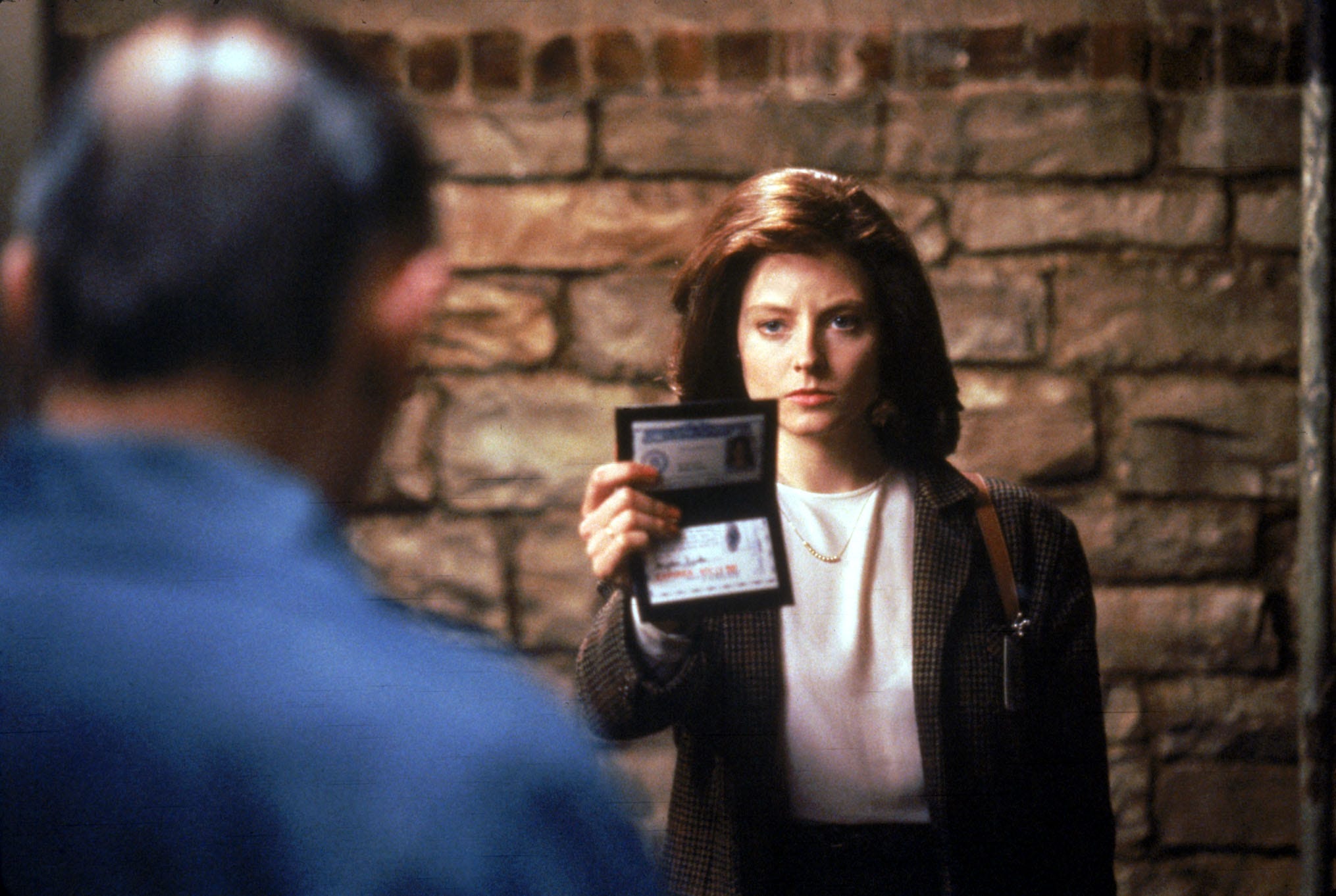 The film won big at the Academy Awards in 1992, and the film’s villain, Dr. Hannibal Lecter, portrayed by Anthony Hopkins, dominated. The book, by Thomas Harris, delves far deeper into Clarice’s psyche than Dr. Lecter ever does on film.

The 1971 novel by Richard Matheson was made into the 1973 film “The Legend of Hell House.” There are differences in what happens in the book, and the novel does a better job of getting into the heads of the characters and, as a result, the heads of readers.

‘Let the Right One In’ 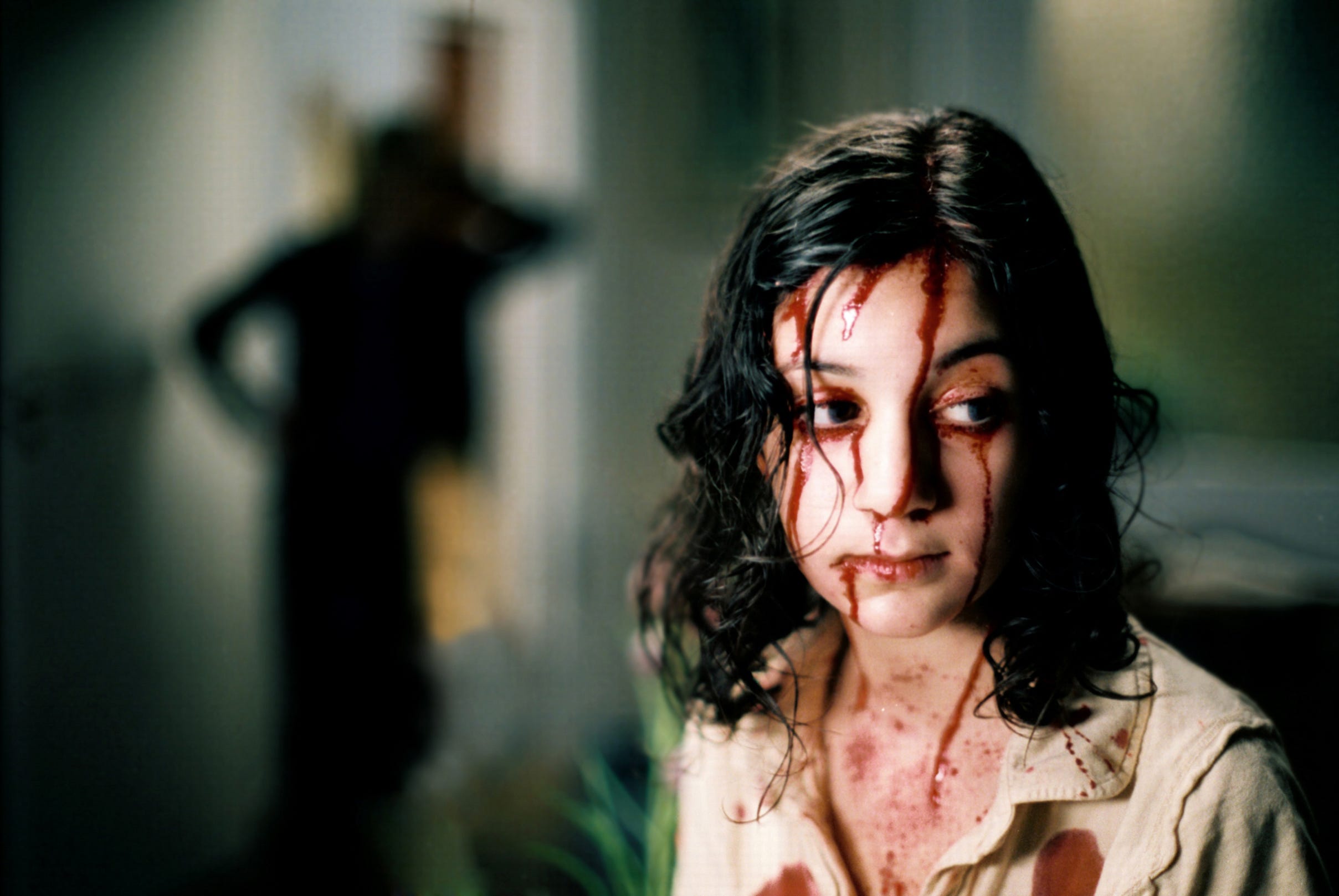 A vampire novel that stands up to the original “Dracula” in both book and films takes place in the late 1980s. This Swedish thriller was made into two film adaptations, first the Swedish version of the same name and later an English version called “Let Me In.” This 2004 Nordic thriller by John Ajvide Lindqvist overshadows them both.

Princess Amalia in her first speech: ‘I still have a lot to learn'

Tucker Carlson sided with Putin over Ukraine, saying Biden is wrong to try and stop a Russian invasion

Is Die Hard A Christmas Film? We Settle The Yearly Debate Once And For All

Princess Amalia to Willem-Alexander: ‘It is an honor to be welcomed by you'

Moors announced at the beginning of last month to stop with . after twelve seasons The TV Canteen. According to Boszhard, her departure does not mean that the two will ... Read more »

Mercury Prize-winning rapper Dave, The Arctic Monkeys, and Rage Against The Machine have been announced among the first headliners for Reading and Leeds Festivals 2022. Also revealed to headline are ... Read more »

Rep. Lauren Boebert (R-Colo.) took time out from making up Islamophobic stories about fellow lawmakers to tweet a photograph of herself and her four young children holding assault rifles in ... Read more »

The California family who was found dead on a hiking trail in the Sierra National Forest on 15 August probably died along with their dog because of the heat, not ... Read more »